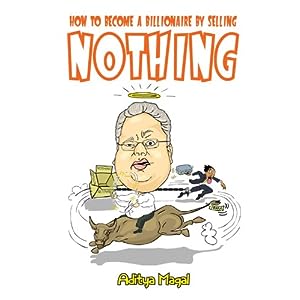 The Lord of the Maniacs is here, and that too with an entire entourage of hilarious characters! And he has been brought in by first time author Aditya Magal, aka @fakejhunjhunwala, whose book ‘How To Become A Billionaire By Selling Nothing’ has recently hit stores.

The book begins with a bang, and is outrageous through and through. We’re first introduced to Sir Sri Jhunjhunwala, India’s richest stock broker, who puts the ME in AWESOME, and is virtually a god in himself. In fact he is so cool that in my opinion, the following quote was actually written for him…
“There is only one Lord of the Ring, only one who can bend it to his will. And he does not share power.” ~Gandalf
However, the ring in question is the stock market ring (not in use now thanks to online trading ) and not the fancy gold one (a common mistake, though the protagonist has enough of those too). His lavish lifestyle and god-like stature, and protuding belly is elaborated to a great extent in the book, which although funny, can appear to be a bit stretched at times(okay we got it !!! He’s FAT!!!). Adding to the madness, is a middle aged entrepreneur by the name of Ramakant Shastri, who wants to start a venture, Notco, which produces an unbelievable product- NOTHING! Jhunjhunwala, a wily businessman, brands him off as a lunatic and gives him a sum of ₹1 lakh, to visit India’s top psychiatrist. However, there’s a twist in the tale… Ramakant uses this money as Jhunjhunwala’s official sanction, and premiere investment in Notco. What follows is a series of events that lead to Notco’s rise on the share market scene, which causes everyone, right from politicians, to ex- business partners, to environmentalists to stake a claim over its activities.

b) Witty one liners: example- when you’re called fat say this
“I’m not fat. I just happen to wear a protective armour under my skin instead of over it and it just happens to be made of adipose tissue.”
Even Sheldon’s “I’m not crazy. My mother had me tested.” finds a suitable spot in the narrative!

c) Tongue in cheek parodies of social issues: When taking on Ramakant, Jhunjhunwala’s ‘band’ offer to douse him in petrol if they can afford it given the rise in prices, or dress him up as a 15 year old girl and send him to godman Asaram’s ashram. Or when explaining a scene to an actress for the Notco shoot, the director mentions how much water will be required and says, ” …Arvind Kejriwal bhi intna free paani nahi deta hoga Dilli mein…”

d) The machines: Optimus Prime, a Corvette with a hot tub and the XPKT 9000S jet pack with phosphorus thrusters is just the beginning to the long list of gadgets owned by Jhunjhunwala.

(special mention) Bhanu Pratap, a cute puppy who models for pedigree and is a professional cuteness artist/weapon of mass cuteness. His cuteness has forced the writer of this piece to give him a special mention.

All in all, Aditya Magal starts off his writing career with a book that is no short of a Bollywood blockbuster- one hellava story, a stellar starcast, a song, fights, comedy, appearances made by pretty ladies, et al. A must read for all who like craziness in their life! 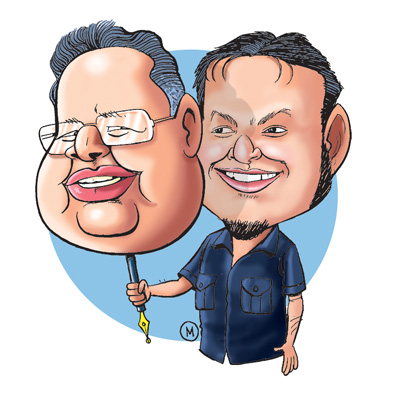 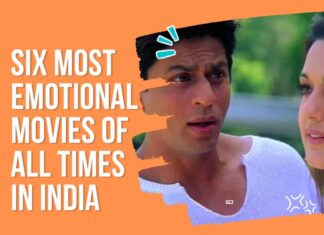 Sumedha Mukherjee - December 1, 2022
Movies in India have explored the wide spectrum of genres and adopted every possible life scenario possible. But mostly the popular eye tends to...