Home Automobiles Back In Time: 2 Airplanes Collide In A Freak Accident Killing 583... 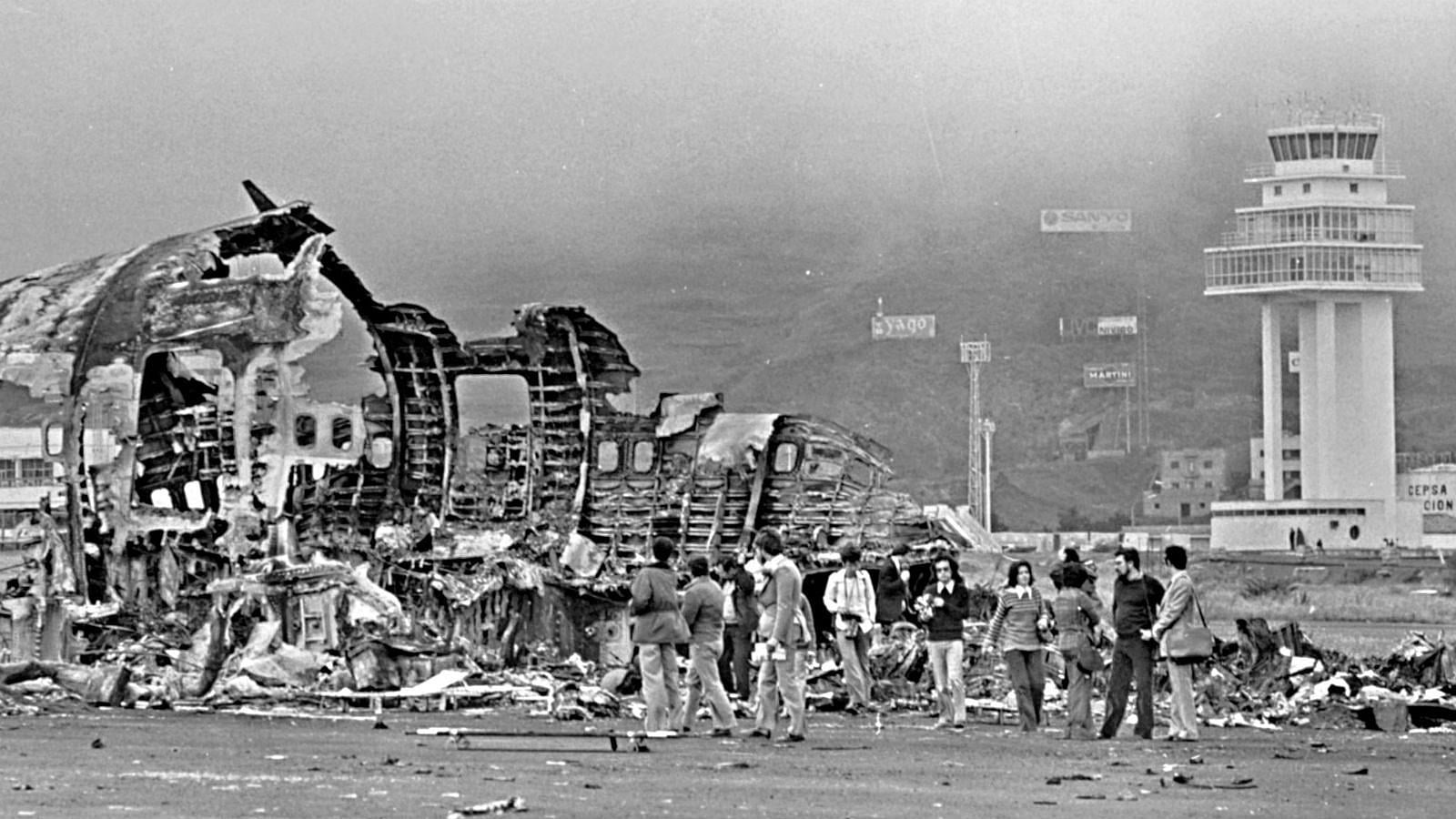 Disclaimer: Originally published in March 2018. It is being republished since it still remains an interesting topic till today.

March 27, 1977: In one of the most terrible events in recent memory, the holiday joy of the Spanish Canary Islands was shattered and replaced by a pall of gloom as two civilian airliners collided in a freak accident on the runway of the Los Rodeos Airport on the island of Tenerife. Although the number of casualties is yet to be clear, it is expected that the fatality toll will be in the hundreds, with several passengers grievously wounded too.

The passenger planes involved in the accident were the Dutch Airline KLM Flight 4805, that had originated at Schipol, Amsterdam and Pan Am Airways Flight 1736 that had originated from Los Angeles with a stopover at New York. Although both airlines are yet to comment on the disaster except the usual condolences, Queen Juliana of the Netherlands and several American and European lawmakers have been quick to grieve with the rest of the world and call for a comprehensive inquiry into the same.

Although clues from the investigation are yet to be released by Spain’s Comisión de Investigación de Accidentes e Incidentes de Aviación Civil (CIAIAC), reports from the airport authorities suggest that the crash site has two major debris sites, each some 1000 feet from each other. However, it is expected that the CIAIAC will take the assistance of the NTSB and British investigators.

Both debris sites are still burning as we speak as firefighters and rescue personnel try to find as many survivors as is possible. Presently, the death toll is over 260 men, women, and children.

“Preliminary assessment suggests that both the 747s collided into each other while one or both were taxiing on the runway. It is understood that the heavy fog conditions must have made visibility an issue for not only both pilots but, the air traffic controller too,” stated Julio Cesaro, Provincial Commissioner in the Canary Islands, calling it a terrible accident. However, there are some who suspect foul play in this incident. This, especially since both the flights involved in the incident were supposed to land at Gran Canaria airport but were instead diverted following a bomb blast. So far no group has claimed responsibility for the blast or claimed foul play in the incident at Tenerife.

Read: Sexist Airline Industry: How Sexism Breeds In The Sky

Post-scriptum: 583 people were eventually found to have died in the Tenerife disaster, the deadliest such accident in human history. More air accidents with similarly high death tolls would follow such as Japan Airlines Flight 123 and the Mid-Air collision over Dadri, near Delhi. However, no air disaster comes close to the series of unfortunate events that caused a chain reaction that eventually led to the deaths of over 500.

It was found that not only did fog contribute to a significant loss in visibility at Tenerife but, the KLM flight had taken off prematurely without proper authorization from the ATC, and without the Pan Am flight having cleared the taxiway. By the time the KLM flight had realized that the Pan Am flight was straight ahead, take-off couldn’t be avoided and it collided with the top half of the Pan Am’s fuselage ripping off part of its left wing and engines and eventually sliding to a fiery fireball 1500 feet away. March 27, 1977, signaled and welcomed a revolutionary change in how flights and aircraft(s) are managed, especially with respect to crew management. The institution of hierarchy in cockpits was dismantled and junior pilots and engineers were encouraged to question senior pilots.

Further, English was better encouraged as a pilot’s working language and standard phrasing and code words for both ATC and pilots introduced to reduce the possibility of miscommunication between the tower and flight.

Air travel has seen a lot of advancements in safety since 1977. However, a lot of areas of concern remain. These can only be resolved after we learn from each minor and major incident in air travel.

Liked what you read? I know you did. So, read more at:

The Enduring Mystery of MH370