The Avengers 4 trailer is finally out, after much wait and teasing, it is certainly something.

The movie has been almost 10 years in the build, with each MCU (Marvel Cinematic Universe) movie just another step forward to this final showdown, and finally, we can take a glimpse at how it will be.

First of all, feast yourself on the magnificence that this teaser is:

After the huge success that was 2018’s Avengers: Infinity War, and the massive and emotional cliffhanger that it left us on, fans were waiting with bated breath for any more news about the next and possibly final Avengers movie of this whole franchise that started with Iron Man all the way back in 2008.

#1. It was an intense game of Hide and Seek

It was certainly a twisting and head-scratching game of hide-and-seek where we could not believe anything one was saying.

After the Infinity War came out, speculations already began of what the title of the next one would be. Seeing how the Russo brothers, who directed both the movies had changed the name of Avenger 4 from the earlier titled Avengers Infinity Wars Part II, it was a guessing game.

Some fans created theories of possible names, one of which was ‘Endgame’, a phrase used by Doctor Strange in the 2018 movie. Basically, after Strange handed over the Time stone in exchange of Tony Stark’s life, he uttered the line “We’re in the End Game, now,” very ominously.

Dr Strange really saw the title before us all. #AvengersEndgame #Avengers4 pic.twitter.com/n6TIIgPaVC

But when asked if that could be the title of the next, the creators outright denied it. In fact, Joe Russo even said that it was not in the movie in an interview, when asked if the title for Avengers 4 was in Infinity War.

The Russo Brothers said that the real Avengers 4 title was never spoken in Infinity War.

“End Game” is dialog in the movie. pic.twitter.com/AzHTyClKtx

But now that it has been revealed that the title actually is ‘Endgame’, fans are once again in awe of the lengths that Marvel goes to keep its secrets under wraps.

There were a lot of little sneakpeaks dropped in the last month or so mainly set photos which again sent the fandom in a tizzy trying to locate any Easter eggs there.

One Twitter user though went to the extent of creating the proposed movie name out of a picture of the Russo brothers that was tweeted out:

There was also the anticipation of when exactly would the trailer come out. There were a lot of fake alarms by supposed industry insiders who said that the trailer would drop on December 5th or so on. Eventually when it was said that Avengers 4 trailer was to release on 7th December, half the fandom didn’t believe them only.

And even in this, Marvel one-upped us by releasing the trailer an hour earlier than expected.

Not just that, but some interesting characters also made an appearance in the trailer, mainly that of Scott Lang or Ant-Man and Clint Barton (Hawkeye), now having become the new character of Ronin. 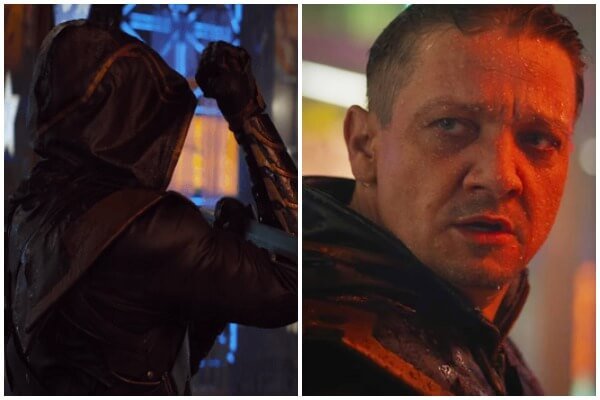 Scott Lang was revealed in this year’s Ant-Man and The Wasp’s ending, when it was shown that he was stuck in the quantum realm when the ‘snap’ happened.

This probably saved his life, and could make him an important character helping the Avengers, especially because in Ant-Man 2, they learned how to extract and use the quantum energy.

Hawkeye though was a surprising change with him having taken over the identity of Ronin.

As per the comics, Barton took over the Ronin identity after a very traumatic incident happened to him, something that will probably be the cause in the film too.

#3. The 4 titles are in the Infinity Stone colours

Another thing I noticed while looking at all the title screens for the Avengers movie was that the 4 titles released till now, are in the colours of the Infinity Stones. 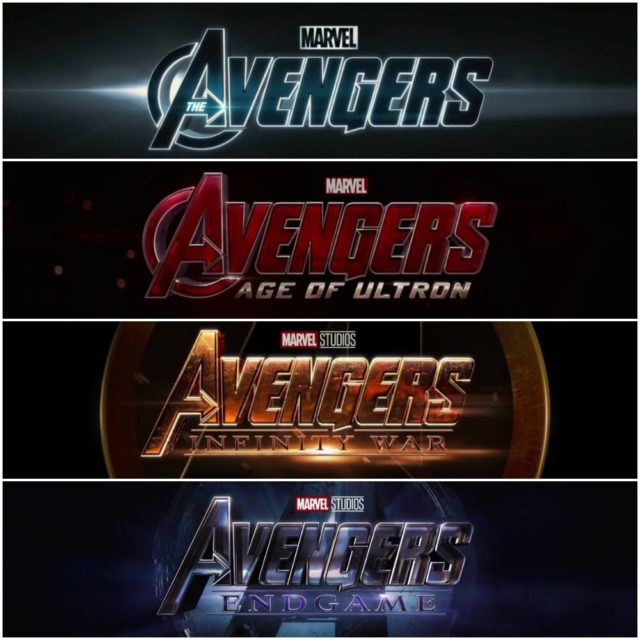 The first Avengers is in the Space Stone (blue) colour, Age of Ultron is in the Reality Stone (red) colour, Infinity War is in the Mind or Soul Stone (yellow/gold) colour and the last one, Endgame is in the Power Stone (purple) colour.

It is also important to note that for now, only the original Avengers of Iron Man, Captain America, Thor, Hulk, Black Widow and Hawkeye are left.

And it makes sense that the ones who started this all, the ones who first caught Thano’s eye, will be the ones to end it all. Of course, they will have help from some of the remaining characters and Captain Marvel will probably play a key role in defeating Thanos, but it’s these 6 who are central to it all.

There was a dialogue in the first Avengers, between Mariah Hill and Nick Fury that went something like:

Maria Hill: Sir, those cards were in Phil Coulson’s locker, not his pocket.

Nick Fury: They needed a push in the right direction.

This line is very important, they are not fighters, they are Avengers, and they need something to avenge, something that will bring them together. And what better to do that, than steal almost everyone important to them?

Meanwhile, fans are practically losing their minds over the teaser and reacting in a number of different ways:

KILL ME. PLEASE. IT WOULD BE MORE MERCIFUL THAN WATCHING HIM CRY. #Avengers4 pic.twitter.com/Fi60F6qCZZ

me : they teased too much about avengers 4 and i dont care anymore IM DONE

We be knew about Ronin but seeing in The Avengers 4 trailer still got me excited. pic.twitter.com/K9R4kbiO8h

So what did you think? Did the trailer live up to your expectations? Or was it just meh after all the hype around it.