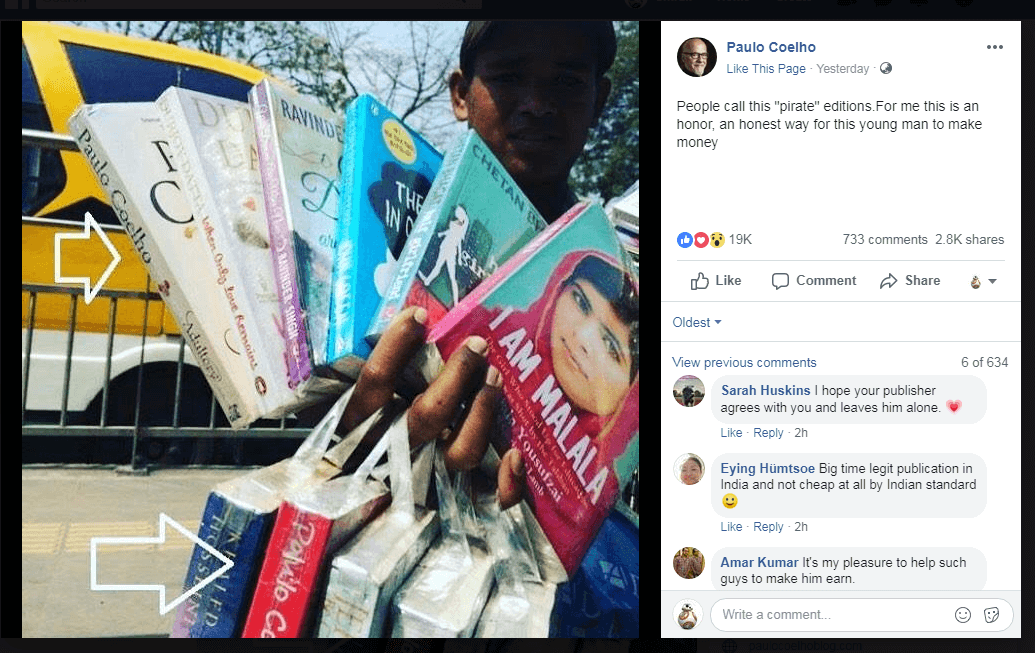 If there is one international author that practically the entire India knows of, then that would be Paulo Coelho.

Even if you might not have read even a single page from a single book of his, you’d still know his name just from the many traffic and roadside booksellers who shove these books into your car window to get you to buy them.

However, in an interesting turn of events, Coelho himself talked about this practice, in his Facebook post that he made yesterday on 9th April 2019 morning:

People call this "pirate" editions.For me this is an honor, an honest way for this young man to make money

The response to this post was extremely positive, with many people applauding Coelho for not limiting himself to just making profit and seeing the positive even in this blatant piracy of his own books. 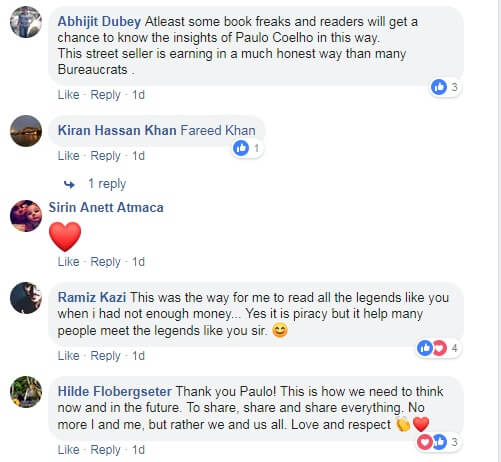 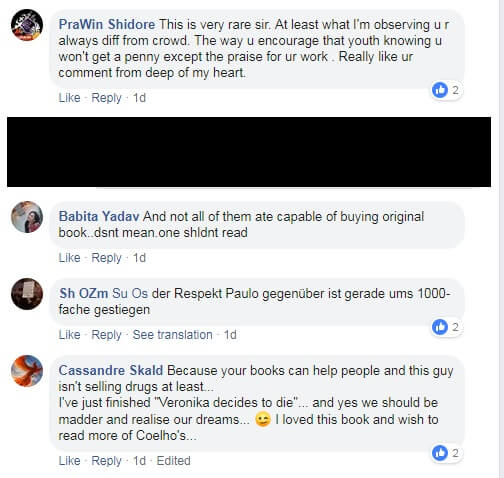 Coelho is extremely popular in India, and from his side he seems to have good knowledge of the society and people.

In 2017, Coelho had commented on how Bollywood superstar Shah Rukh Khan had deserved an Oscar for his performance in the movie ‘My Name Is Khan’.

On the 7th anniversary of the movie, he tweeted out this:

"My name is Khan and I am not a terrorist" Congratulations @iamsrk for the 7th anniversary of this wonderful movie! pic.twitter.com/6IlqFtGfMl

He mentioned how SRK should have gotten an Academy award for this movie if the Hollywood industry was no biased or corrupt according to him.

Paulo Coelho’s books are one of the first ones that Indians usually read, mostly due to their wide availability, and how interesting they can be.

His post about the roadside bookseller though is encouraging that instead of taking the usual route of bashing them and saying how they are doing something wrong, Coelho tried to see the honest way of making a living.

It was refreshing to see a westerner not come down on India with a bag full of negative judgements.

And just like a fan of his commented: ‘not all are capable of buying the original book, doesn’t mean one shouldn’t read’.