Home Social Opinions If Road Encroachments Cause Traffic, Then Why Do We Feel Bad When... 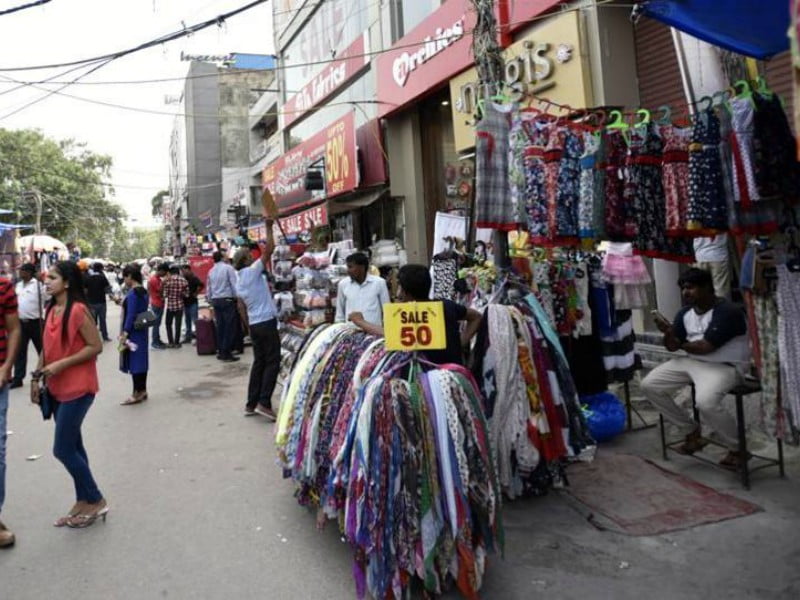 An everyday morning scene outside the GTB Nagar metro station in North Delhi at 8:30 am is such that E-rickshaws, autos, food vendors, the Rs. 100/- per-tempered-glass stalls bustle around. This goes on until the traffic policemen blare their whistle and “chalaan” the autorickshaw drivers and the rickshaw waalas. The ones who do not fall under the eyes of the police manage to escape and the traffic on the road eventually clears out.

This was the fate of street vendors in about 29 roads of the city of New Delhi. The traffic police acted as per the instructions of Delhi Lt. Governor Anil Baijal in July last year to remove road encroachments. Parking terrors haunt vehicle owners as the peak hours of mornings and evenings witness heavy traffic congestion. But wait, do you feel yourself mellowing down in empathy for the “momos waala” you go to every day?

Yes, we with our observant skills indeed get the plight of the helpless vendors who are now and then displaced. They move on to another area before they are shooed away again. On an individual level, their livelihoods are ripped apart but on a social level, movement in the city becomes easy and steady. An individual and the society have since time immemorial been in conflict with each other. These are the two parts that seldom reconcile.

The philosophy of utilitarianism states that it is necessary to do that which brings good to a greater number of people. The same idea works behind the removal of road encroachments. At the same time, do we not feel bad because a lot of our mid-day snacks, commuting to and from the metro station depend on them? We too would have to alter our daily routine when they are removed from the most accessible area of our transport, the street itself. They and we are inter-dependent.

Metropolitan cities thrive amidst stark contrasts. Right underneath the sparkly mall, you will see all kinds of street vendors.

Where there is glitz and glamour, there will be poverty and ugliness to accompany it. The city is that place where the rich and the poor work together. The poor look hopefully onto the privileged community to be like them one day.

The two polar opposites have to co-exist in order to exist at all.

Related: Unlivable Indian Cities: After Bangalore, These Other Cities Don’t Seem Too Far

From Where Do The Vendors Come From Anyway?

Since independence, common village lands have been grabbed using muscle power and money by political groups. These communal lands were encroached upon all over the country for personal uses which put the rural community at stake.

Power was simply shifted from foreign Britishers to local rich people. Hence, the movement towards the city began in search of work.

To avoid illegal road encroachments, the government promised a separate space for vendors and hawkers. Kejriwal-led AAP government in Delhi too planned to have different laws for them but it is only paper-based.

Anti road encroachment drives lead to agitation and protests. The idea of separate spaces for vendors would be helpful and bring about encroachment free pavements.

Due to lack of rules and regulations and their implementations, this occupation of roads is natural. Very often, the vendors pay the police or municipality staff with some money to get away with it.

The money flow generates a chain in itself.

Australia and Europe have specified and legalized areas for hawkers. A similar approach is required here in order to accommodate them.

Can the already fringed members of the society afford to be pushed away even more?