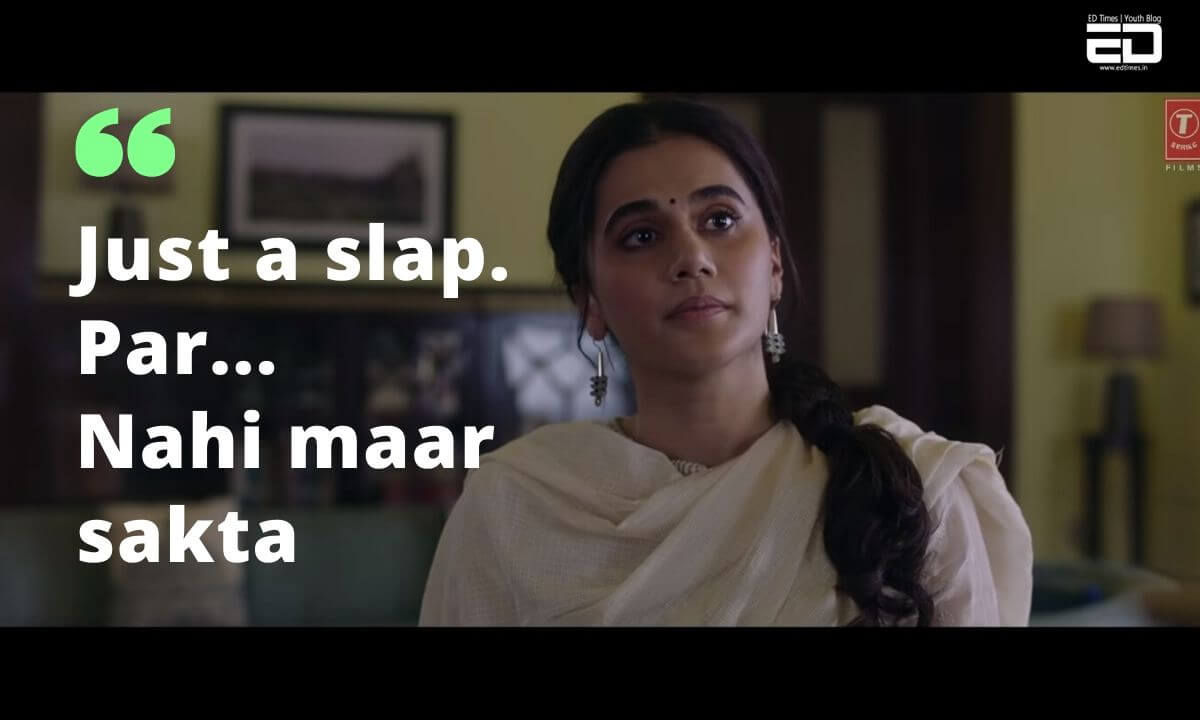 Domestic abuse is still a very important topic in Indian society, especially since marital rape is till date not recognised as a crime.

Violence in relationships has always been shown very strangely in Bollywood movies, with many propagating such actions as ‘form of love’.

This came to head last year when the controversial film ‘Kabir Singh’ came out where the main character slapped his girlfriend in a fit of rage.

The latest trailer to the Anubhav Sinha directed movie ‘Thappad’ starring Taapsee Pannu it seems is the perfect reply to all the people who were defending such depictions in movies.

Here are some of the most hard-hitting dialogues from this trailer that seem to showcase both the current mindset of people and what we need to change. 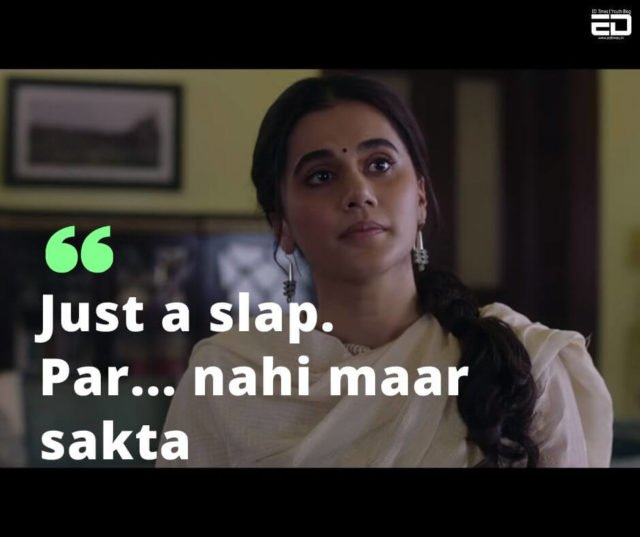 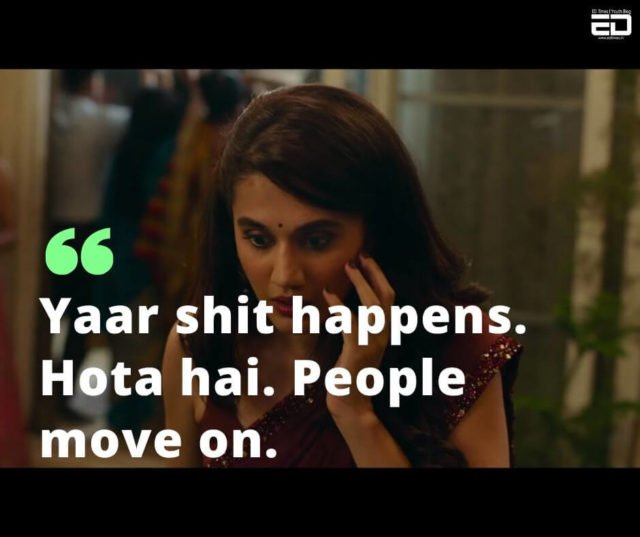 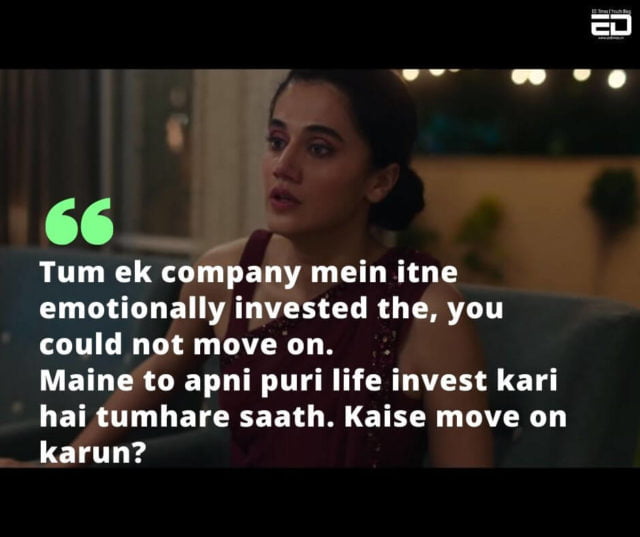 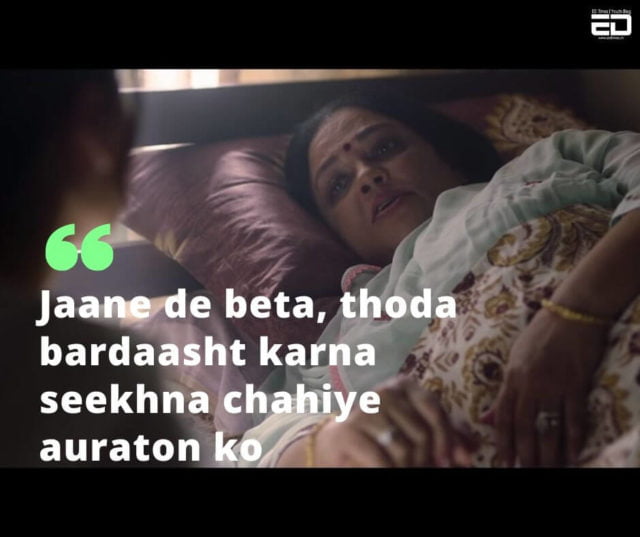 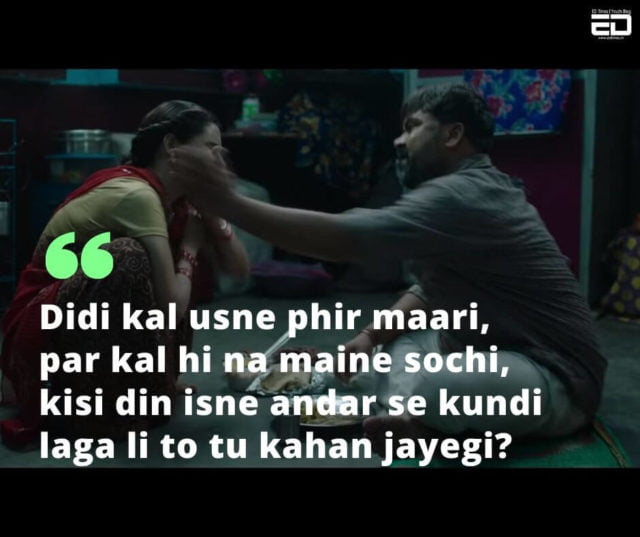 Read More: Did Kabir Singh’s Director Just Say That One Should Be Able To Slap Or Touch His Woman Wherever He Wants, If It’s True Love?! 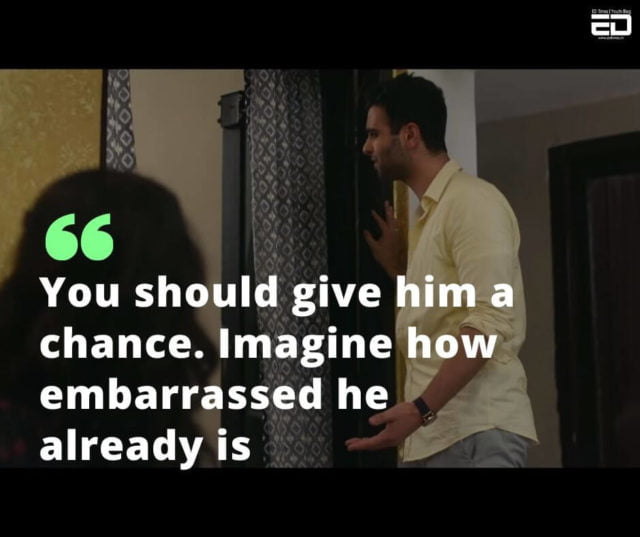 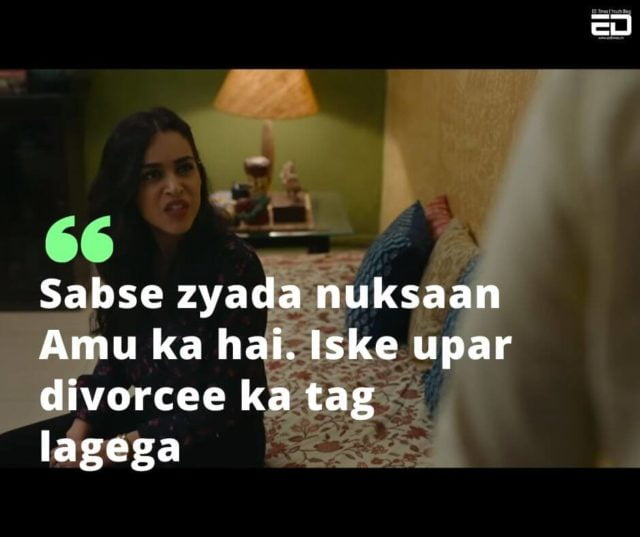 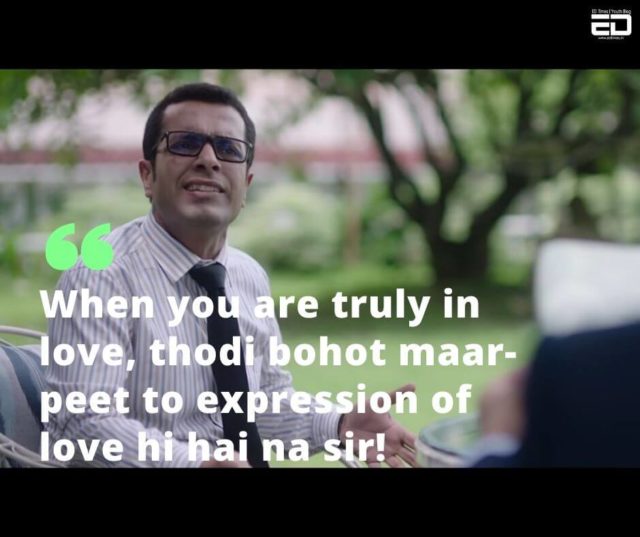 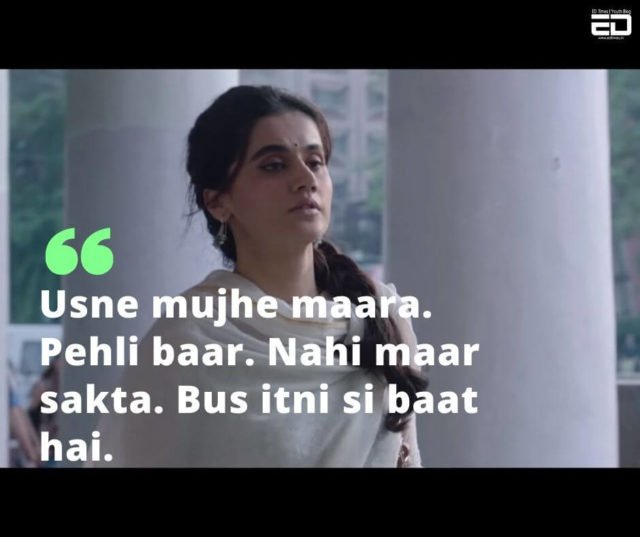 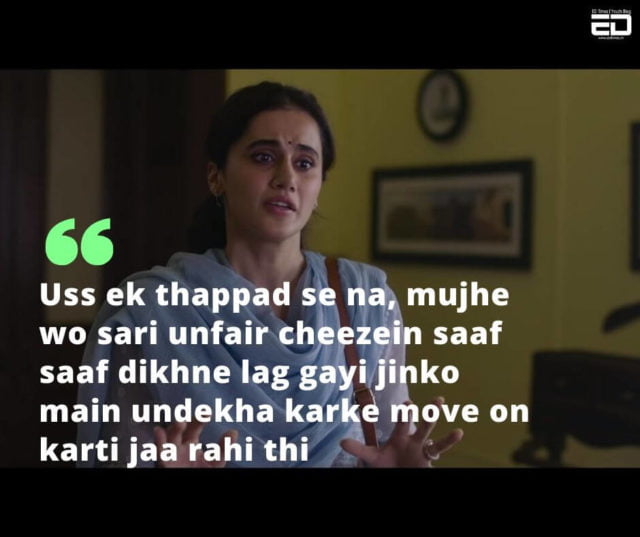 This trailer is chock-full of things that most us have heard in our daily life regarding abusive relationships.

From ‘don’t overreact’, ‘it was a mistake’, ‘it just happened once’ and the typical mother dialogue of what will society think are all things we’ve heard many times.

When Kabir Singh came out last year, the director, the actor, and many fans were vehemently defending that particular scene. Some said that even the female character later on slaps Kabir Singh and thus it is alright.

I personally so many people defending it and how they too want a love like Kabir and Preeti, so much passion and love that they just have to show it by slapping each other.

This trailer at the very least, is a good reply back to those people who believe that violence is any way to show love to another person and that not even one single slap should be tolerated.