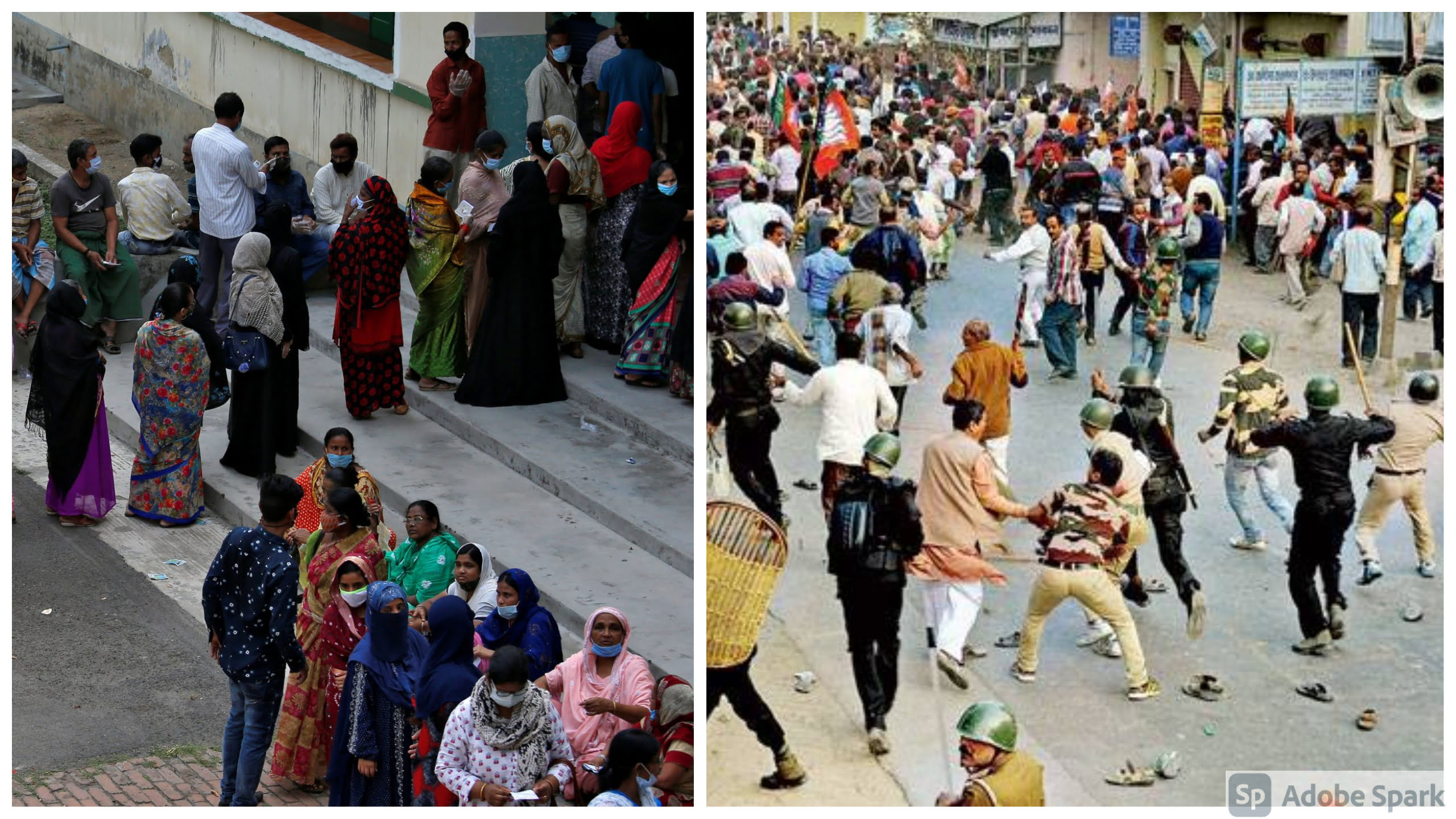 West Bengal has been the seat of political violence since the dawn of the modern age. The streets of Bengal have been the hub of violence that permeates the social hierarchy. The elections of 2021 were no different as they claimed the lives of around 14 party workers from the contesting parties.

This is no mere statement to say that the state of Bengal is based on the revolution that has mostly been fantastically violent, as most Bengali revolutionaries believed in taking the fight to the Brits.

The very concept of ‘Inquilab Zindabad’ regurgitates through each nook and cranny of Bengal, however, statutory romanticism of violence is but a sociopath’s way out. Violent revolutions are a fact of our age. Any successful revolution that claims to give back the power to the masses requires the use of force and the use of force claims lives.

Nevertheless, it stands to reason that the history of political and electoral violence in Bengal shall be ingrained in its society. The following instances aim to provide to the readers but a perspective into how violence comes into play in Bengal’s legislative tussles.

The Panchayat elections held to ensure the onus of rural self-government among the contesting parties- CPI(M), BJP, TMC, and Congress (major parties)- was an instance of terrifying electoral violence, the like of which has not been seen ever again. The death toll recorded during the polling period of the elections was at a staggering 76 (approximate).

The highest casualties were suffered by the CPI(M) at 31, although they formed the incumbent State government back then. The Congress had the second-highest death toll at 19, while the alliance of BJP and TMC suffered 8 casualties each.

The rest of the deaths were reported of civilians and officials caught during the crossfire. Booths were destroyed, blood was spilled and the 76 deaths accounted for 11% of the seats uncontested.

Also Read: Why The Narrative Of Choosing The Lesser Evil Will Lead To The Eventual Downfall Of Indian Democracy

The then CPI(M) ruling State inched closer to victory as their adversary, the TMC-BJP alliance, were strongarmed into retracting their candidacy. This essentially left 30.61% seats uncontested or had CPI(M)’s ally, Congress, contesting. Thus, this ensured the victory of the Marxists.

Like CPI(M)’s candidature in the legislature, Mamata’s Trinamool Congress was no stranger to strongarming to achieve the means. The very fact that West Bengal’s politics run on the foundations of ‘the ends justify the means,’ it is no surprise that the TMC would follow the same.

Thus, it was seen before the TMC even started emerging into the focal frame of violent takeovers and rampant hooliganism, and human vandalism.

The 2018 Panchayat Elections marked a devastating point in Bengal’s electoral history, for it was a record when TMC won from majority seats, with 30% of it being won by default. The ones they won by default were uncontested.

The fact that strongarming in the ways of stealing ballot boxes and stamping ballot papers, coupled with having potential candidates be physically intimidated into forfeiting candidature, marked the ancient issue of Bengal’s violence.

The 2018 elections reduced 29 party workers into mere casualty statistics. Bombs were planted, voters were physically intimidated and beaten up, nobody was safe. Numerous civilians found themselves facing the smoking end of the barrel as a bomb blast in Sadhanpur, North 24 Parganas, resulted in sending 20 civilians to the Emergency terminals.

What Do These Instances Of Violence Depict?

If I am to be honest, these aren’t the only instances of violence, as any sane human being with a working IQ of 60 could perceive, these barely scratch the surface. However, there is a certain pattern to the violence.

When the CPI(M) assumed power with Jyoti Basu at the helm, they used violence as an effective political tool that intimidated, as much as it intimated. According to the infamous estimate provided by Buddhadeb Battacharya, the CPI(M) had committed 28,000 political murders during the period between 1977-98.

Bengal’s scenario is as multifarious as it is deviously different from the violence perceived in and around the entirety of the country. The parties of TMC, CPI(M), or the BJP, none of them have their hands clean, however, one cannot blame them in their entirety.

The rural governments, as well as the state governments, have formed themselves on the foundation stones of murder, violence, and electoral aggression.

As Mamata Banerjee assumes her seat, it can only be discerned that the people have accustomed themselves to the daily drudge of murder. However, murder cannot be the last resort even in the most remote of senses.