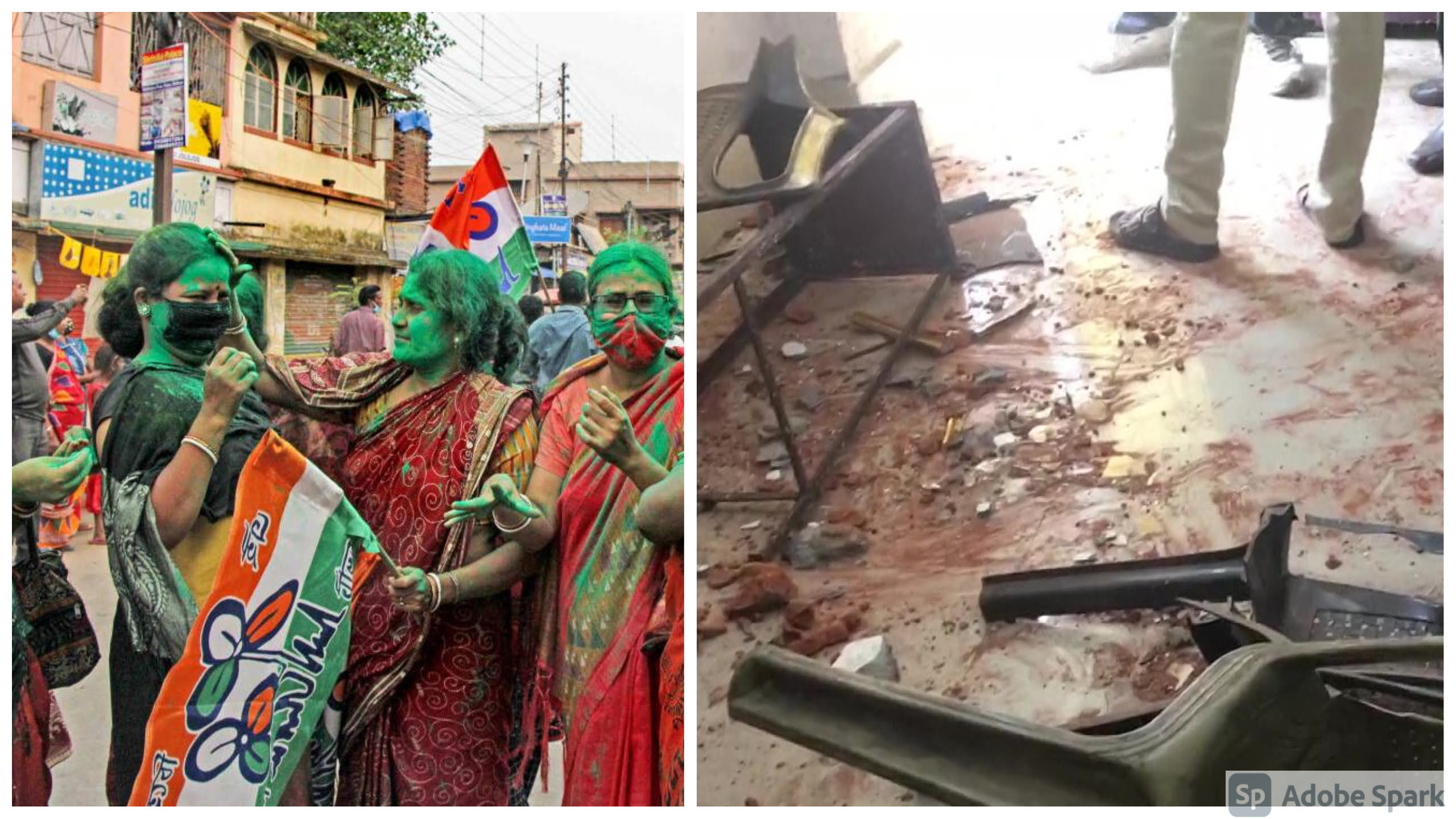 On the 2nd of May, the entirety of India stood still with bated breath with their eyes on the most significant and decisive of State elections- the Bengal elections. The results of the elections would be tremendous, no matter which party came to power.

The victory of Mamata Banerjee’s party, Trinamool Congress, by a decisive majority of 213 seats marked the obstruction of the saffron party into power. Furthermore, it provided the farmers’ protest and the repulsion against the CAA and NRC with the decisive push.

However, the ever lampooning statement that we always use as the primordial excuse to voting for a particular political party has now come to bite us. The narrative of electing the lesser of two evils has become the primary excuse to voting any party to power.

The entire charade of elections has thus turned to the question of who will loot us less and who will repress us less. Stating that we oppose fascism by using a moderate fascist to take the helm of affairs works as a band-aid but only sparsely.

What Happened In Bengal Is A Hall Mark Of Indian Democracy

It is no mystery that Indian politics thrives on the foundation stones of chaos and turmoil. Badmouthing, violence, incitement and division are all fundamental elements of Indian politics.

Without these elements, the entire predicament concerning the lesser evil would only decrease. The reduction of the ‘lesser evil’ narrative poses a massive obstacle in the way of garnering support from their followers.

However, as it comes about, the past three days in Bengal have been as delirious as they have been downright bloody. Blood has been spilt on the streets as if it were water and the streets a flower bed. Shops have been ravaged and razed to the ground, while party offices have been turned to a mere shell of their former state.

As of now, what stands to reason is that the accounts of deaths, injuries and such other casualties, in the way of human life or human livelihood, have been marked with the unscrupulous lens of hearsay. Most instances of violence have been deemed as the BJP’s doing with the Bengal Police coming out to state these supposed allegations as fake.

Also Read: ResearchED: What Is This Song Of Resistance Against BJP Doing Rounds In Bengal?

As of today, Mamata Banerjee had given an estimate of three casualties from her party, while the BJP have claimed that nine of their karyakartas were killed, alongside which, the Congress-Left allied ISF claimed to have had two of their party workers killed in North 24 Parganas.

These allegations come at a time when claims of the BJP fabricating the narrative has come under the light. Usage of past events of outrage has surfaced alongside evidence of them framing events of violence to suit their narrative. The death and agony of numerous political workers have been constructed in a manner that the narrative commits succubus with fact.

As the CPI(M) cadre office alongside cadre houses lie in tatters and ravage, the Trinamool Congress finds itself in the same space of post-poll violence as they were two years ago.

Starting from the Jadavpur University movement wherein the Kolkata Police incessantly continued to harass and brutalize college students, instances of the TMC using repression have been rampant. Most cases of such injustice have failed to see the light of day owing to media censorship, yet day in and day out more such instances form our daily life.

“Do not waste your vote,” a phrase that we hear time and again whenever it comes to Indian politics. Most of us are afraid to vote for a particular political party owing solely to the fact that we cannot cope with the uncertainty of any particular party winning.

The people of Bengal did not elect TMC, but they voted against BJP. The common referendum is not one that supports either of the parties. It is but a fact that TMC follows the same repressive tact as BJP. What BJP does is something that can only be expounded with Kangana Ranaut’s tweet that got her suspended from Twitter.

To be fair to every other voter, there is nothing called fair or clean politics, as unfortunate as it is. However, the moment the repercussions of politics start reaching the common masses, that’s when things turn awry. Post poll violence can never be condoned.

Hopefully, the political period starting from today with the swearing-in ceremony of Didi, TMC will find a more hopeful tactic of garnering their voters rather than using force.

Remember, we chose them to oppose the BJP. Not because we support her or her party.