While writing to you, all I could remember is the poem “Chimney Sweeper” of Blake where the poet talked about the innocent children who believed they need to stay obedient and give nod to every wrong coming to their path in order to taste the fruit of Heaven and be braced by the lord.

“They rise upon clouds, and sport in the wind.

And the Angel told Tom, if he’d be a good boy,

He’d have God for his father & never want joy.”

I feel shaken while writing to you. The day you left the world, I thought it must be another fake news pertaining to Shaheen Bagh. Couldn’t believe my eyes, you turned the BJP leader Dilip Ghosh’s dream into reality. He asked why none of the protesters of Shaheen Bagh are dying. And see, you are dead! 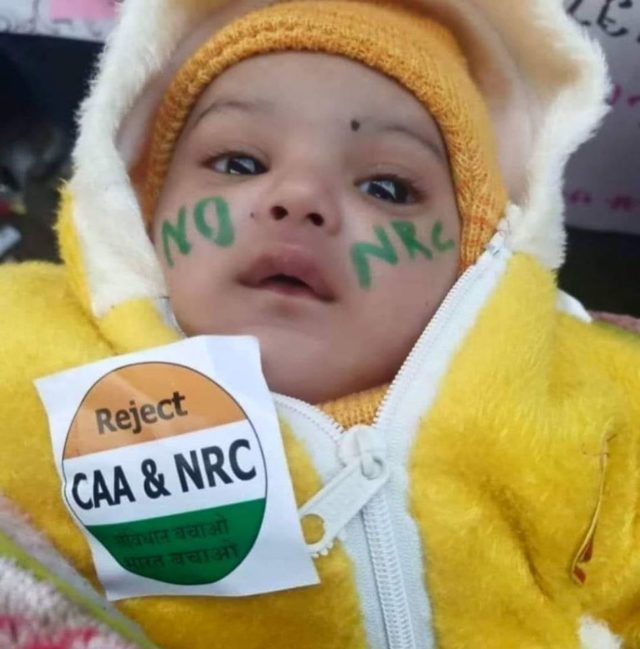 Jahan, you, unfortunately, were born in the wrong place and at the wrong time. On top of that, you belonged to a religion which has created a mess across the globe and in India, one can be simply hated because of this religion. Our country has elaborated history of Islamophobia, Jahan. And these days, due to our overt political awareness and agendas, we do hate more intensely now. Everyone is hating each other. Mere political ideologies are creating a wall between all of us. And we are driven to it!

Your parents raised a question against the policy of our Government. They brought you at Shaheen Bagh to protest. They fought and still are fighting for their Haq. You too were there! But now as you are gone, I must tell you that your parents are fools, Jahan. Too naive to believe in unity. 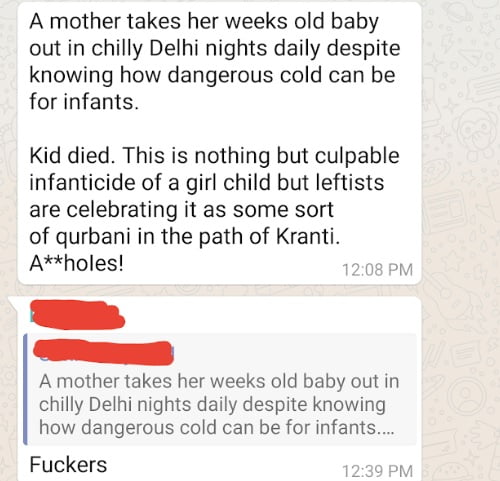 But Jahan, aren’t you the baby boy whose picture just went viral only after the death?

Religion has made us blind, my dear child. We have become Hindus, Muslims, Christians and many forgot how to be or act like human beings! All we can do is hate intensely and hurt the sentiments of others by any means. The news of death brought a smile on the faces of some Hindus dear. They reacted ‘haha’ on social sites when they saw the news of parents coming back to Shaheen Bagh. 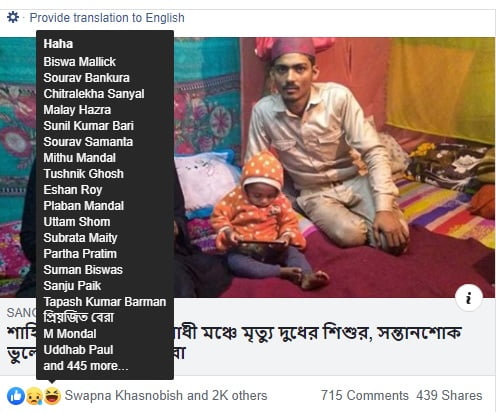 Some said, your parents are playing dirty politics with the issue of your death. Do you think your mother can ever do it? Or father? I assure you, death of one’s own child can never be a political issue but people with no empathy will only understand it when they will face the same consequence. As you know, we are lacking humanity!

Who killed you Jahan? Whom to blame?

Also Check: ED Voxpop: What Would It Be Like If One Of The Indian Stand-Up Comedians Ran The Country?

We are no more capable of keeping this county livable for children like you. We are incapable of raising humans. We can only raise Hindus, Muslims, Jains, Sikhs and some other religious clones in our country. But trust me Jahan, people are trying to resist.

There are people who will try to save the true sense of freedom with their best fair intentions. They will try not to fail you and your parents. But whatever the context is, you are no more here! You are no more alive! And no one can ever compensate for your life!

Sorry, my little boy! I will pray to my Bhagwan who is probably your Allah, to take care of you…

QuoraED: Most Chilling Holocaust Stories That Are Even More Important To Be Told Now