A lot of people want to see a better world, but very few would strive to do their bit. In all honesty, who in today’s world has the time to make a change? Schedules are always jam-packed and the day couldn’t get more hectic.

From where then can people take out time to make a difference?

Well, Akshar Diwas solves this problem. It provides you the opportunity to make a big difference, by taking a small step towards change and contributing just a few hours of your day one Sunday morning.

What is Akshar Diwas?

Akshar Diwas is a one of a kind event that is celebrated to commemorate the anniversary of Project Akshar, an initiative undertaken by Enactus SSCBS. Started in 2011, Project Akshar, envisions creating extremely affordable, environment–friendly notebooks, by recycling and reusing paper that is discarded as waste by residential societies, educational institutes, corporate houses and other organisations.

These notebooks are created by victims of drug abuse and human trafficking and physically challenged individuals. The community has been imparted with book binding skills to ensure a sustainable source of income for them. For every three notebooks sold, one is sent to a child in need. On Akshar Diwas, door-to-door waste paper collection drives are organized in residential societies across Delhi/NCR. This year, held on 22nd March 2015, the event marked the fourth anniversary of the project.

Volunteers from all across the national capital region registered to be a part of the event and join the cause.

The drive was to be conducted in three areas simultaneously, namely, Gurgaon, Dwarka and Mayur Vihar. The volunteers reported to their respective locations at 9 am, after which they were taken to the societies where they would collect paper.

Going to houses to collect waste paper may sound extremely boring at the face of it, but it’s really not. Amidst picking up sacks loaded with newspaper, there are lovely conversations, countless jokes (both good and bad ones) and new friendships! It’s a fun-filled day, complete with delicious food from various food and beverage partners.

All in all, it was a Sunday well spent; a win-win situation. Along with getting some exercise and avoiding the Sunday laziness, people collected paper to be recycled. The paper collected throughout the day would then be used to make recycled notebooks. But looking at the bigger picture, it wasn’t just about the paper. It was about the message that was given out to people.

Everyone who opened the door was briefed about the project and subsequently encouraged to do their bit for the environment. The larger objective and impact thus, was environmental awareness, sensitisation and the hope for a greener planet.

We often use this phrase “take one for the team”; how about taking one for the Earth? As cliched as it may sounds, lets start today and do our little bit, for together we can make a big difference. 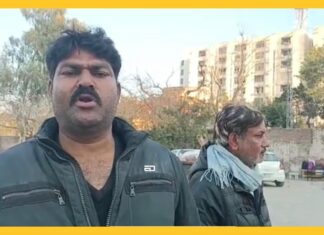