Since the start of the lockdown and the subsequent commencement of virtual hearings in various courts throughout India, various funny incidents have come to light.

While funny and light-hearted courtroom exchanges have tickled our funny bones, the outrageous behaviour of certain lawyers didn’t go unnoticed. At the start, various advocates had to be advised to maintain decorum and dress code.

These lawyers were the ones who appeared before the court wearing vests or attended the hearings sitting on their beds, resting their heads on the headrests. These acts were in bad taste and attracted criticism from judges.

A similar incident has once again come to light but this time, a renowned lawyer is involved.

Rajeev Dhavan is a famous and well-regarded advocate in the legal fraternity. His knowledge is displayed by the tag of official seniority attached to his name.

Apart from this, his involvement with various high-profile cases like the Ramjanmabhoomi case speak for his intellect. He is also a Commissioner of the International Commission of Jurists. 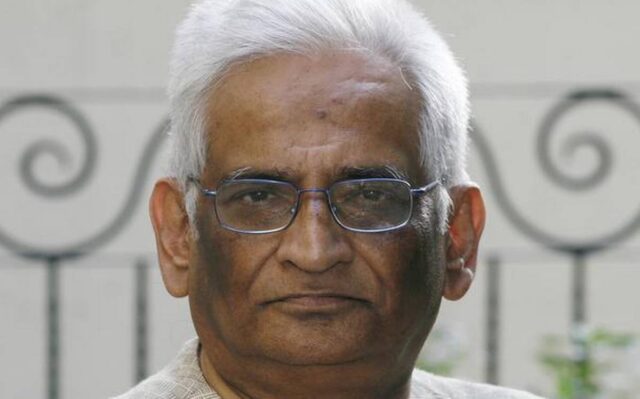 Though we expect him to make headlines for triumphs in cases and legislative remarks, we have undermined his ability to make a buzz.

Recently, Rajeev Dhavan’s video went viral on the Internet and was subjected to various jokes and memes. The incident happened during the hearing before the Hon’ble Rajasthan High Court.

The court was hearing a matter about the disqualification of 6 MLAs belonging to the Bahujan Samaj Party who merged with Congress during the latest political crisis of Rajasthan. Apart from Dhavan, Kapil Sibbal and various other senior advocates were also present in the online hearing.

Read Also: DU’s Lawyer: “Give Me A Second Lordship, My Computer Hanged,” Court Raps Him With His Own Statement

During the hearing, something strange caught everyone’s attention. Advocate Dhavan was hiding his face behind sheets of papers as if he was reading something. Later, a cloud of smoke escaping from the corner of papers was seen.

The Rajasthan High Court hearings are on fire – mostly from the coals of Senior Advocate Rajeev Dhawan's hookah pot.

The viewers suspected his smoking habit at first but as soon as he removed the papers, all doubts were dispelled.

He was seen holding a hookah pipe in his hand and any suspicion of him smoking was confirmed. He, unfortunately, got caught red-handed on camera for smoking hookah during the hearing.

Is This The First Time?

While this act of Dr. Dhavan may come across as contempt of court, no action has been initiated against him as of now. But this isn’t the first time that the legal community has witnessed his rebellious attitude. 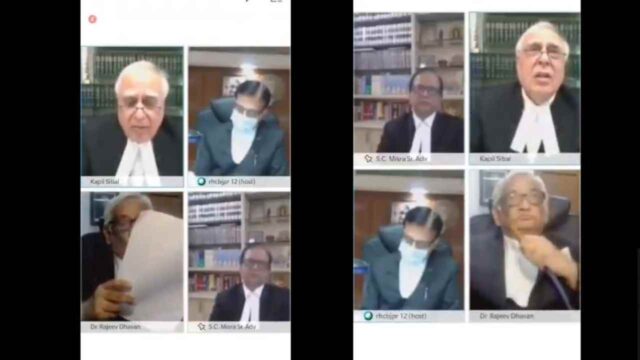 Last year, during the hearing of the Babri Masjid dispute, he had attracted great media attention by tearing down the papers related to the case.

After getting agitated, he resolved to break the decorum of the court before the then Chief Justice of India and went on to tear the copy of the maps submitted by the Hindu parties to the Supreme Court.

It is also worth noting that he is the counsel for Prashant Bhushan in his case about contempt of court.

While we do understand that everyone is allowed to make mistakes, senior advocates are role models for young, budding lawyers. Thus, they should be cautious not to wrongly influence the youth by their words or actions.

Indian Courts Announce A Change In The Uniform Amidst Coronavirus Pandemic: What Will The New Look Be?