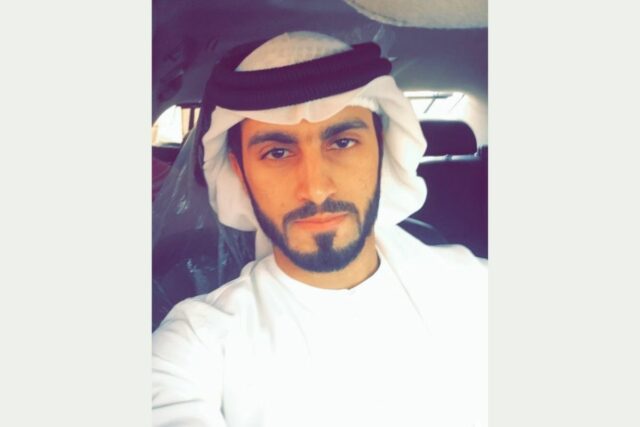 September 28: Actor Ahmad Hussain is not like other young men of his age. He didn’t follow the common path to success. Despite being good at studies, he didn’t choose to get a mainstream career but decided to follow his passion instead. Ahmad always wanted to be an actor and he started working on this dream eight years ago. While the journey had its share of ups and downs, the actor never had to look back. He had all the skills in him to make it big in an offbeat career. He has been making the audience laugh with his funny videos since 2013. The journey that started with posting videos on TikTok has now come a long way. Ahmad has now got a chance to play a role in a web series. Dubai OTT audience is already excited for this OTT debut.

Over the years, Ahmad’s fans have showered endless love. They know him as S.Recky that is his TikTok ID. They are greatly impressed by his sense of humor. Ahmad is proud that this acting opportunity in a web series is a fitting reply to relatives and friends who always demotivated him from following this as a career. He was always met with criticism and harsh comments. Relatives said that TikTok was a waste of time and he was just distracted by the illusion of social media. After getting a role in a web series, Ahmad thinks that he has achieved enough to keep him motivated to work harder. He loves how he has carved his path and he has evolved from S.Recky to Actor Ahmad Hussain.

While he is elated about this role, Ahmad still harbors the dream of appearing in a Hollywood movie one day. Ahmad grew up in Dubai and acting always had his heart. He was always enthusiastic about participating in dramatic events in school and college. He always received accolades for his performance then too. He knew he wanted to be an actor but wasn’t too sure how he could fulfil his dream. Peer pressure was building with everyone around studying to be doctors, engineers, accountants, etc. TikTok allowed Ahmad to assess himself and know if the audience liked his looks and acting style. He wanted to know if he had the skill to make it big. When his comic videos started becoming viral on TikTok, S.Recky got the motivation to invest more effort into it.

Today Ahmad has over 400k fans on TikTok and his videos have received more than 300 million views. He wishes to perform well in his acting role in the web series and get more love from the audience. He attributes this success to God, his parents, and his fans.

We wish for Ahmad to get more successful. All the best to him!