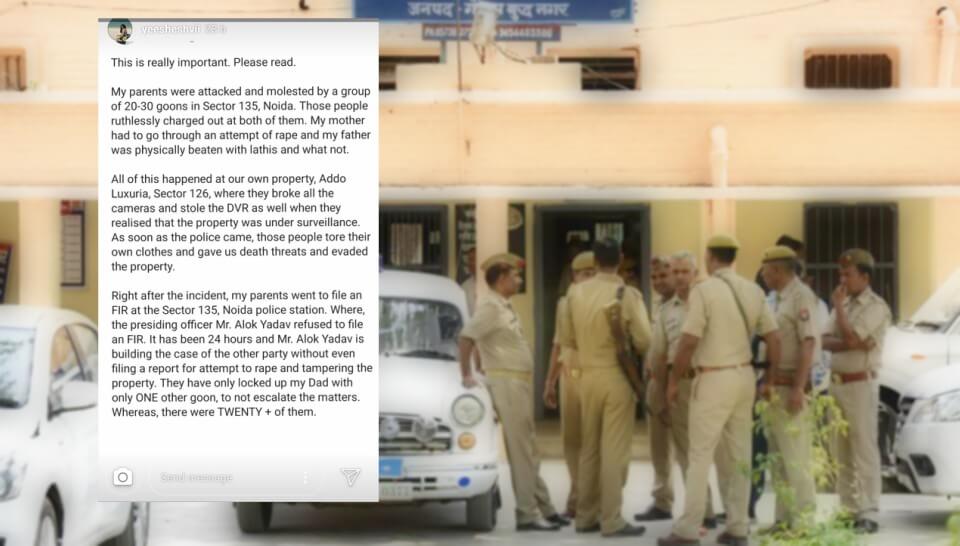 We always hear cribbing from people around us how the police does not really do much or the crime rate and the feeling of being unsafe keep rising in the city.

However, it only becomes a reality when you come across real life stories about stuff happening to people around you. These incidents make you realise the exact situation going on, something that happened when this Instagram story was shared on a WhatsApp group recently.

(All the information presented below has been taken from the Instagram stories as shared by the original poster, who’s parents were, allegedly, attacked and mistreated.)

Sometime around yesterday, that is 19th May 2019, a DU student, going by the username @yeesheshvii posted an account on her Instagram stories of how her parents were attacked by a group of 20-30 people in Sector 135 of Noida. 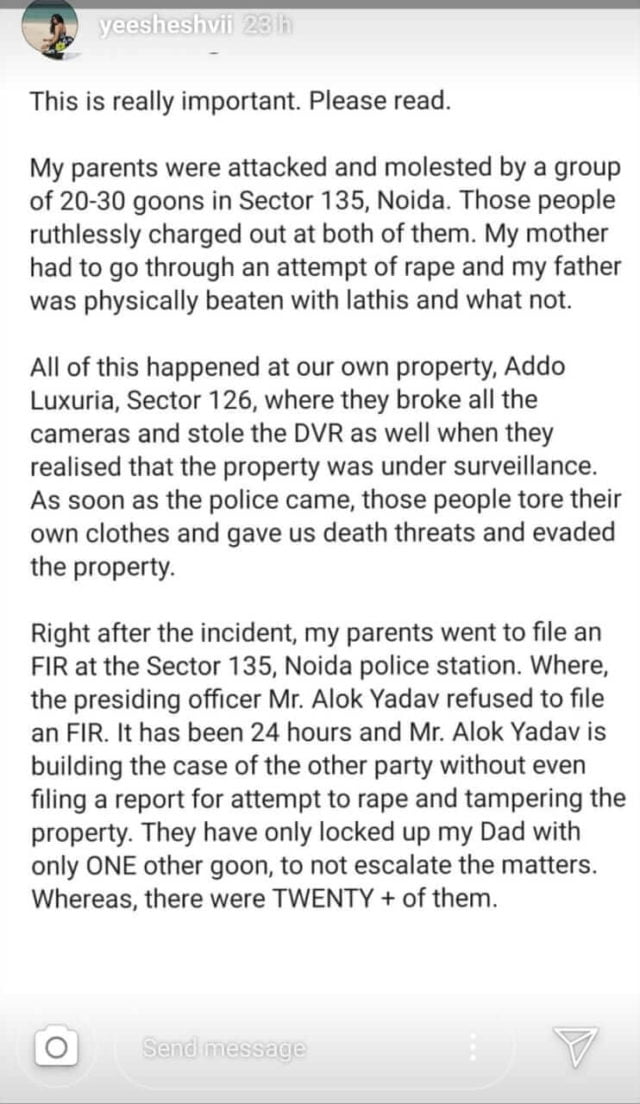 In her story she recounted how her parents were attacked in Sector 135 of Noida and while her father was beaten with lathis, her mother was sexually harrased to the point of attempt of rape.

The people also damaged their property at Addo Luxuria in Sector 126 and broke the cameras once they realised that it was all being recorded. Not just that but they also tore their clothes and fled as the police arrived at the scene.

In her post, the student specifically mentions Mr. Alok Yadav, who was the presiding officer at the Noida Police Station at that time. Apparently, he refused to take action or even file an FIR and also locked her father in jail along with one of the people who beat them up. 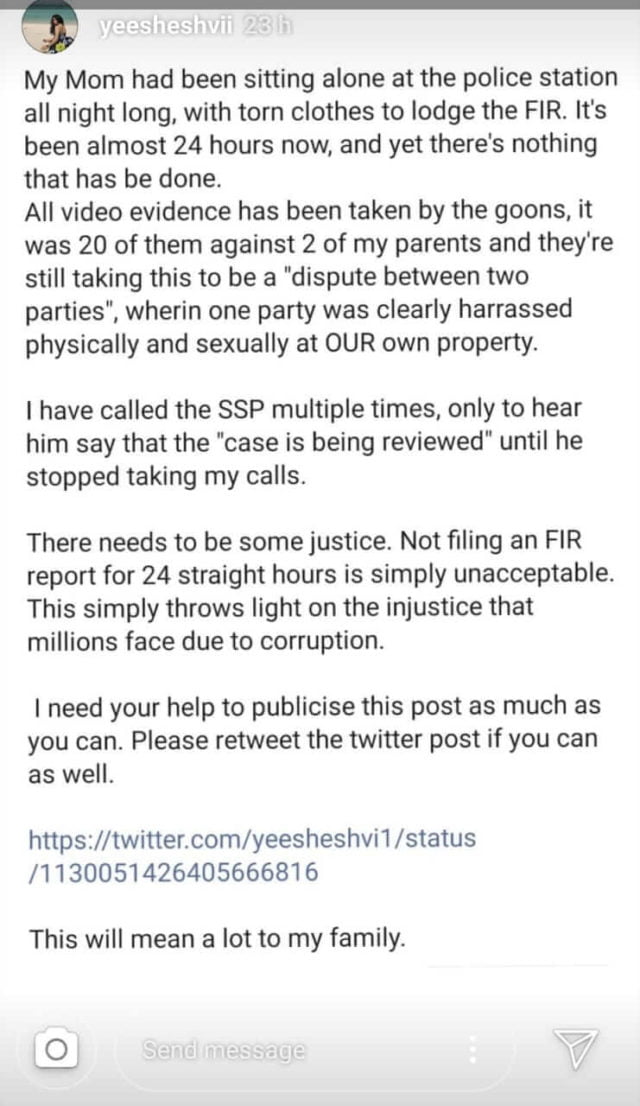 She followed it up with another post of how her mother had to sit at the police station in her disheveled state with torn clothes and that even 24 hours after the incident an FIR was still not registered.

It seems that the SSP has also stopped responding to the person and does not seem to be taking any further action.

The main point of contention here seems to be the alleged negligent attitude of the police regarding the case and that they seem to be siding with the perpetrators than the parents.

The not filing of an FIR after almost a day is also something that is angering the person, which is well within their right to be so.

Read More: This Mother’s Super Proud Post Encouraging Her Boy For Scoring 60% In Boards Is Exactly What Is Needed Today 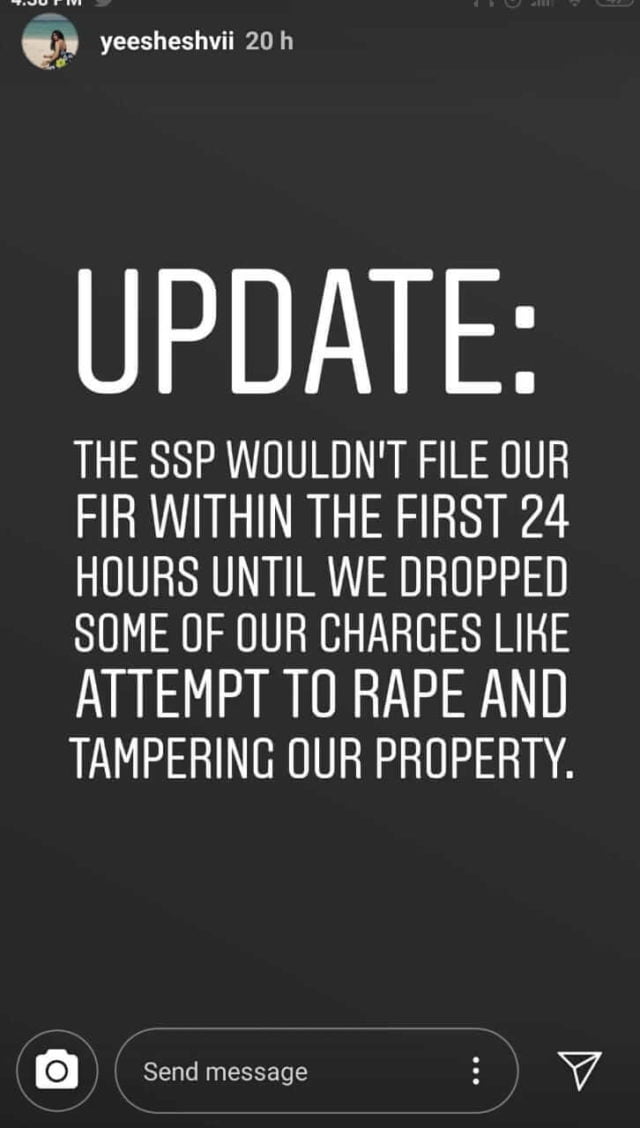 This post was updated some time in the night yesterday, where she is stating how the police will register their FIR as long as they drop some of their charges basically the attempt to rape and property damage. 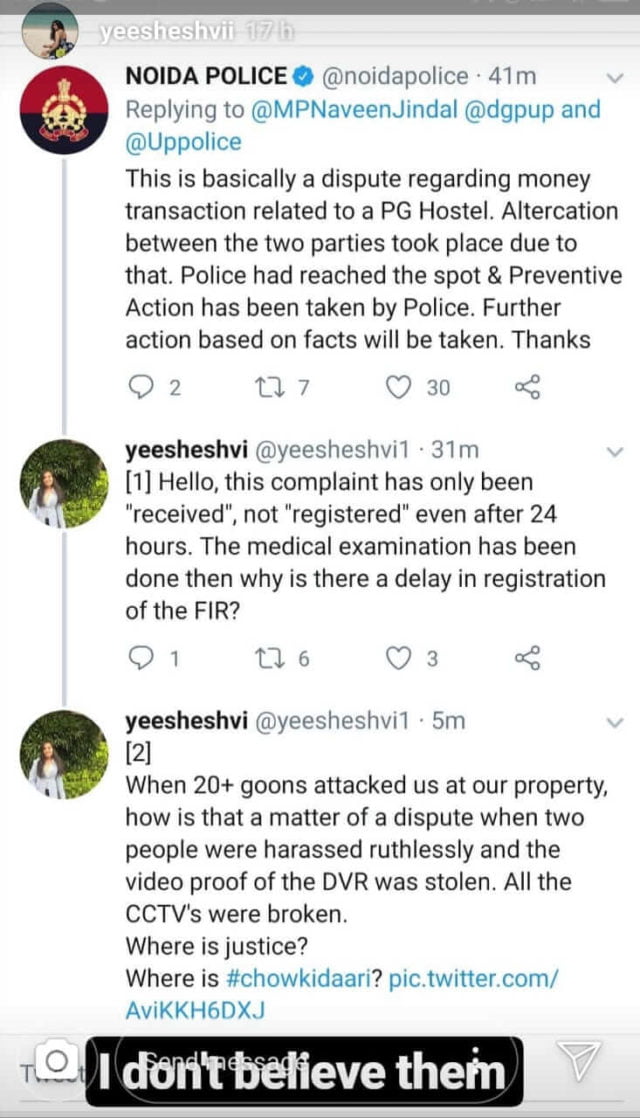 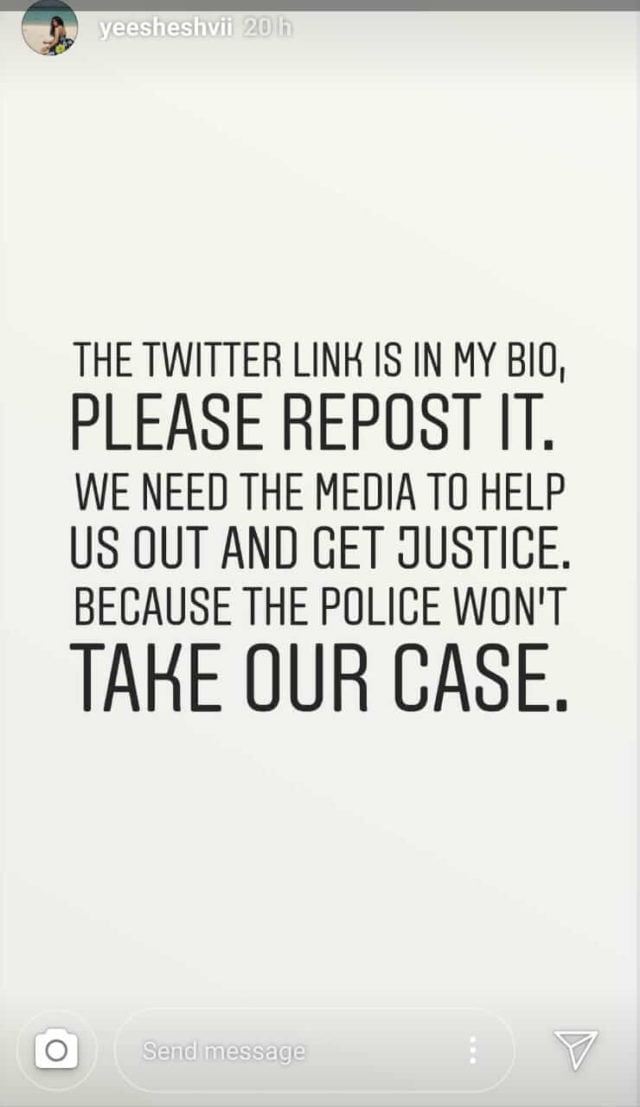 She then posted these 2 stories on her Instagram along with a Twitter link regarding a conversation she had with the Twitter handle of the Noida Police.

[1] Hello, this complaint has only been "received", not "registered" even after 24 hours. The medical examination has been done then why is there a delay in registration of the FIR?

Her story was brought by MP Naveen Jindal, who asked the police to take immediate action.

Dear @dgpup sir, request your kind intervention in this case. Please instruct @Uppolice @noidapolice to file a FIR and bring the goons to justice. https://t.co/nlDuui14OY

She even tweeted it out to Sushma Swaraj, and it has till yet gotten over 450 retweets.

@SushmaSwaraj
My mom has been assaulted in Noida, and both my parents are being framed by goons. She has been sitting for 20 hours to file an FIR, with torn clothes. UP police claims the PC isn't working. Please help us. The culprits are roaming free and the innocent are framed

The final result is still not out yet. We’ve reached out to the original poster and will update the article once the full story from them comes out.