If one was to think of all the esteemed and reputable academicians that write scholarly papers to contribute to various fields of study, it is unlikely that a feline ever comes to mind.

But who’s to say it is impossible when Chester Willard seems to have achieved this unimaginable feat! 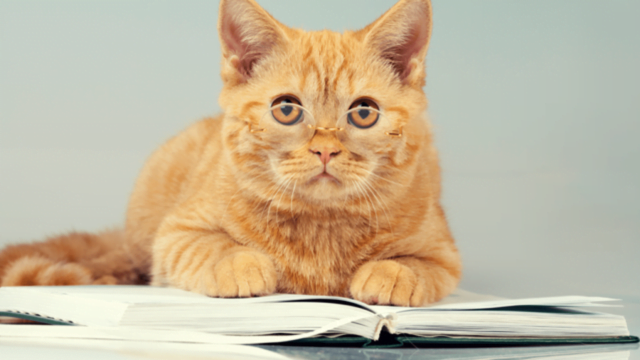 Chester, also known by his pen name F.D.C Willard, was the cat of Michigan University professor Jack Hetherington. In the year 1975, Hetherington had written a physics paper that covered aspects of atomic behaviour under different temperatures.

The paper was to be published in the Physical Review Letters — an American Physical Society scientific journal. When he sent his report to a friend to review, Jack Hetherington was met with a perplexing situation: he had written the entire paper using the term ‘we’, although he was the sole author of the report.

Physical Review Letters at the time only published notable work with multiple authors. This unusual dilemma began the search for a co-author who could be included in the final publication.

This seemed easier to him than to take on the mammoth task of retyping the report (or so it was considered in the 70s). But Hetherington had his reservations about including other researchers.

It was not a question of merely slapping on another name on his hard work. His concerns included how the publication’s compensation would be altered, and his reputation as a commendable man of science stood on the line with the inclusion of a new author.

And with that, Chester, in all his furry glory, appeared as Jack Hetherington’s saviour.

Read More: Why Do Cats Often Sit/Sleep On Laptops That Result In All These Funny Memes?

The idea struck Hetherington more simply than one would imagine. For an interview in the book More Random Walks in Science, Hetherington said, “After an evening’s thought, I simply asked the secretary to change the title page to include the name of the family cat, a Siamese called Chester, sired one summer by Willard. I added the initials F D in front of the name to stand for Felix Domesticus and thus created F.D.C. Willard.”

The paper quickly went on to be published under these two authors and appeared in the 35th issue of the Physical Review Letters.

The entire incident was indeed humorous, and many of Hetherington’s colleagues were aware of the hoax. While some editors did care about the situation, Hetherington felt no remorse about tricking everyone.

During the same interview, he said, “I did not ignore completely the publicity value, either. If it eventually proved to be correct, people would remember the paper more if the anomalous authorship were known. In any case, I went ahead and did it and have generally not been sorry.”

The paper became exceptionally influential and has even been cited several times over the years in other credible work. When the cat was finally out of the bag, Chester was invited to join the university’s physics department full-time!

He was even lovingly called the university’s “Rodentia Predation Consultant” by his master.

Watch: Here’s How Cats Aren’t Any Less Pet-Material Than Dogs