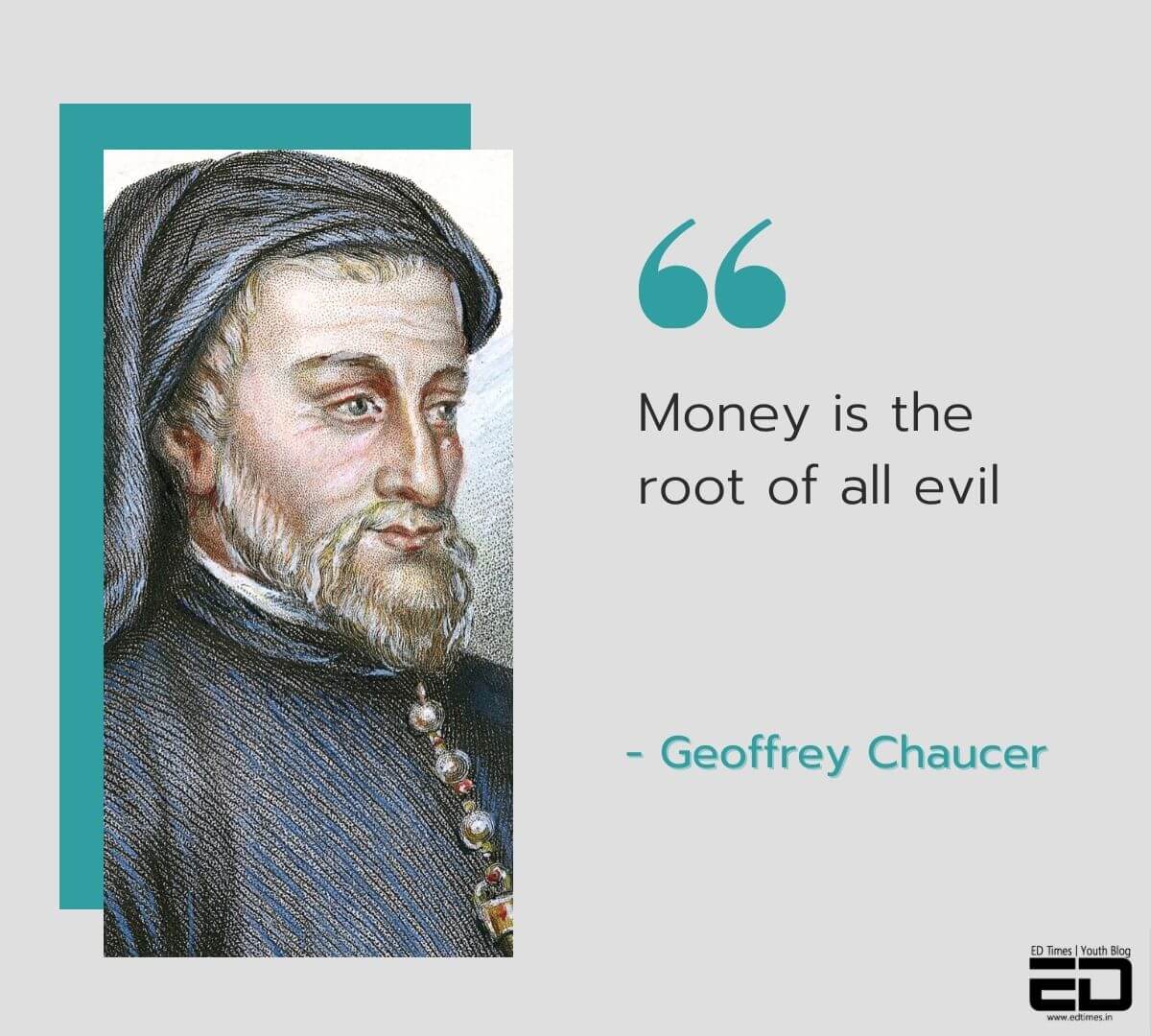 Who doesn’t love reading some relatable quotes, sometimes motivational, sometimes emotional? But ever wondered that many that you’ve read time and again might actually mean something totally different?

When you only read half a sentence, the meaning changes significantly, similarly, many one-liner quotes extracted from famous poems and write-ups don’t portray the true intention with which they were written.

Here are a few famous poets and writers whose lines have been misunderstood: 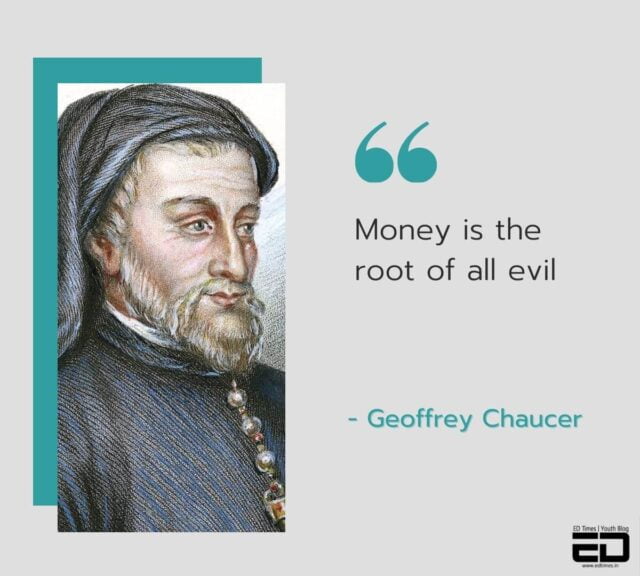 The line was originally adopted by him from the Bible. We often cite money as the root of many evil deeds a human commits. When you read the quote, the first thought that comes to your mind is that the more money you have, the more chances there are of problems. 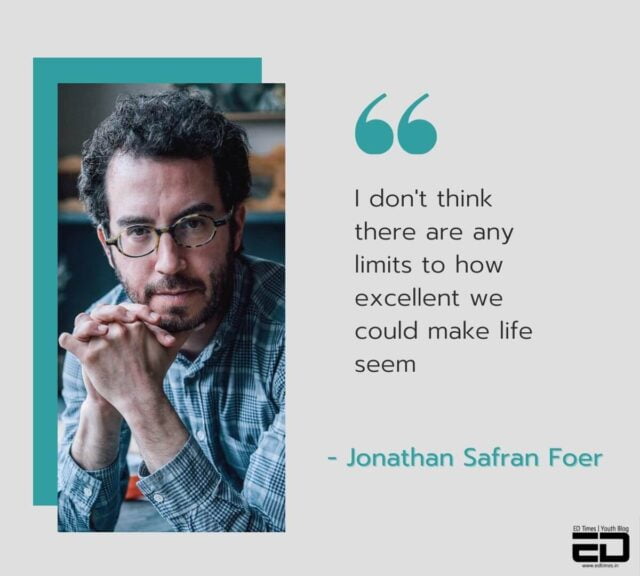 The quote gives an optimistic view of life, widely understood in a way that you can make your life great and positive and there aren’t any limits to it.

The context in which it was used in the novel was quite the opposite. The character says that fiction can make life seem better and in that regard, there are really no limits to make life seem as bubbly as possible. With fiction, you can mould your life in any way you want to, make it as excellent as you want to. 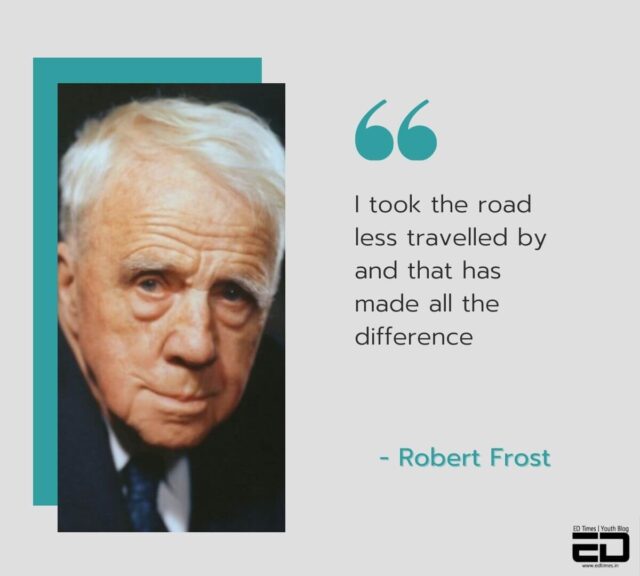 Robert Lee Frost was an American poet born in 1874 in San Francisco, California. Even though he was an American, his work was first published in England and many of his verses are famous for depicting rural life there very accurately. The quote is taken from his poem “The Road Not Taken”.

The quote is related to how people carve their own way in life and even though a path might seem difficult and not something that many would choose, you still choose it because at the end of the day it will bring you happiness and success.

Robert Frost wrote it for a friend named Edward Thomas who is believed to have cried a lot over what could have been. Frost wanted to convey that it really doesn’t matter what path you choose because the path has little to do with your final destination.

You can’t always make the choices you want in life and it does not impact your destiny so one shouldn’t regret something they should’ve done ages ago. 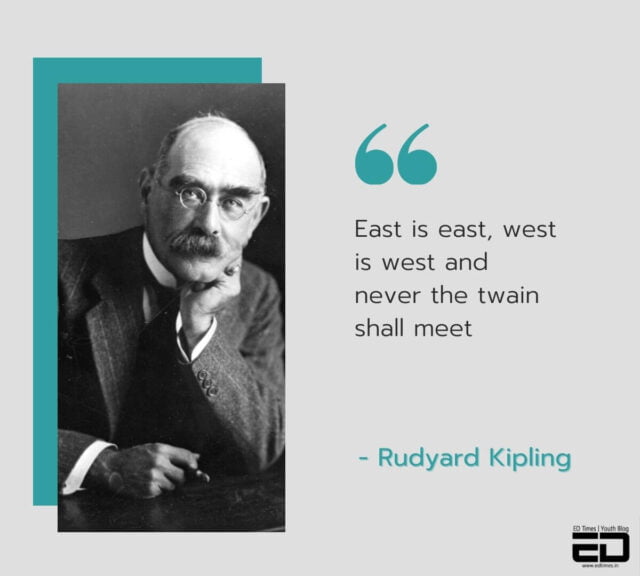 Rudyard Kipling was an English poet, short-story writer, novelist and even a journalist. He was born in Bombay in 1865. His most famous work is The Jungle Book. The quote is taken from his poem ‘The Ballad of East and West’.

When one would read the sentence it would give the impression that people who are completely different can never see eye to eye or that the two ends of the world, east and west can never get along.

In his poem, The Ballad of East and West, this line is followed by, “But there is neither East nor West, Border, nor Breed, nor Birth/When two strong men stand face to face, tho’ come from the ends of the earth.”

This completely changes the meaning of the quote. Kipling wants to say that no matter what country or ethnicity you are from, people are the same everywhere. He emphasises that we should all get along. 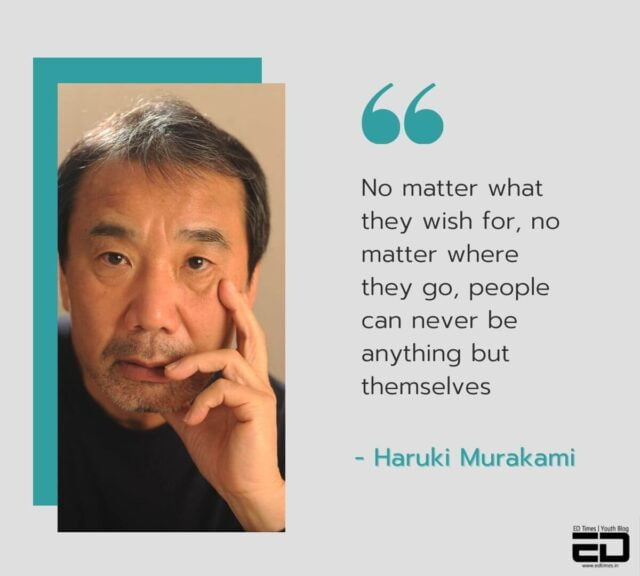 He was born in 1949 in Japan. His books are not only bestsellers in Japan but praised worldwide. This quote is taken from ‘Blind Willow, Sleeping Woman’ which is a collection of short stories. The particular line is from the short story “Birthday Girl”.

The quote is interpreted in the context of self-love. It holds the meaning of self-acceptance that no matter what happens, in the end, you’ll be who you are meant to be.

This is another case of omission, the line in continuation of the above quote is, “No matter what they wish for, no matter how far they go, people can never be anything but themselves. That’s all.“

The entire line when read together is rather pessimistic. It implies that you don’t have much control over how life shapes you. In the end, you will be what life makes out of you even if you try hard to change yourself. 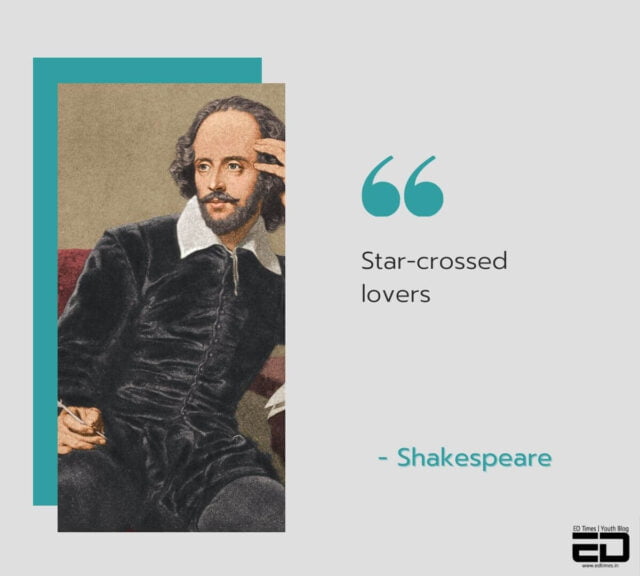 Shakespeare was an English poet, playwright and actor often called to be England national poet or “Bard of Avon”. He was born in 1564 in Stratford-upon-Avon, England. This phrase is taken from one of his most famous play ‘Romeo and Juliet’.

People use it in a very optimistic sense. It is used as a phrase to describe two people who are meant to be together.

It is, in reality, a very negative phrase, Shakespeare meant that the two lovers were cursed and scorned at by the stars. He implied that Romeo and Juliet were cursed by fate.

The story of Romeo and Juliet is a celebrated romantic story that ends tragically. The actual meaning of ‘Star-crossed lovers’ also gives a different perspective on the original story.

One cannot deny the huge effect on the meaning of a sentence or phrase when a few words are omitted from it. The above quotes also highlight the fact that we all have different perspectives on the same words.

It also conveys that it can be very difficult to express yourself clearly to others even if you are the greatest writer or poet of your time. Different people have different perspectives on the same thing.

These Quotes Of Rumi Are Redefining Love!