Home Politics 50 IITians Quit Job And Enter Politics: Here’s How To Start A... 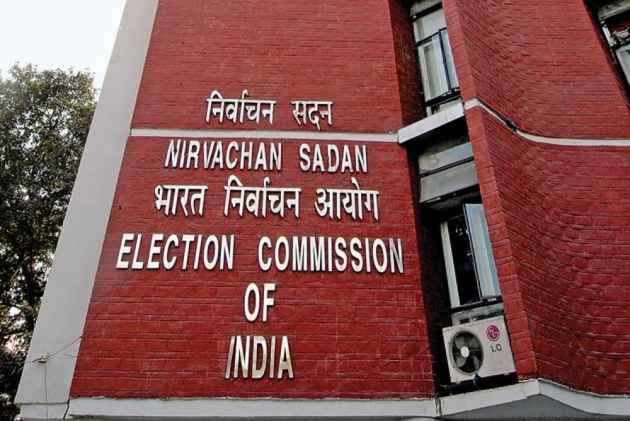 Who thought that a time would come when the people of our country and especially the upper-middle-class population will distance itself from the Indian politics, which is often deterred by its image as corruption-ridden.

People keep mocking the political parties behind closed doors but rarely do they come out on the field of politics to take matters into their own hands. But the stunning political debut of the Aam Aadmi Party inspired many, including white-collar corporate bigwigs, to take a plunge into the world of politics.

Recently, we came across the news of a group of 50 alumni of the prestigious IIT (Indian Institute of Technology) quitting their big money jobs to form a political party to fight for the rights of the Dalits and oppressed.

In a country where IIT is considered the best of the best, this comes as a shocker to most. But history suggests that IITians do make great politicians!

Wondering about the important points to keep in mind while forming a political party of your own in India?

1. Objectives: That’s the main question that we need to debate on several times before preceding further. After all, it’s your objective which makes you different from others. What would the ideology of your party be? What are the basic issues that your party will strive to achieve?

Indian National Congress spent its early years lobbying for independence from the British rule, BJP was established in 1980 to serve the interests of the Hindu majority, while Aam Aadmi Party was inspired by their dedication towards the Jan Lokpal Bill which was aimed to weed out corruption from the country.

“Without clear-cut goals, objectives, or ideologies, a political party is meaningless” Mr. Verghese, a political analyst at the Center for Policy Research, a New Delhi-based think tank, suggests.

“The name of a party should resonate it’s objective and, as a result, help connect with its target electorate” as pointed out by Anuraj Mittal, former head of Association for Democratic Reforms, a New Delhi based think-tank.

“The name Aam Aadmi Party which translates to the Common Man Party, for instance, was picked to connect with the man on the street” N.Dilip Kumar, one of the founding members of the party, said. The Acronym ‘AAP’ also translates to the word ‘You’ which according to its leaders, suggest that the party is focused.

While the National parties choose a name to appeal at a broader level, the regional parties go ahead and name their political parties in their local language. This helps in creating a sense of identity amongst the voters.

Leaders are asked to pick an election symbol, one that can be identified by the voter at the ballot box on the voting day. Along with the name, the symbol to gives the political party a unique identity.

The Election commission has with them, a set of symbols from which political parties can choose. They have added more technologically up to date symbols such as the airplane, camera etc.

What if someone wants a customized symbol? No worries. The party can submit a customized sketch of their symbol to the election commission for approval. But certain symbols pertaining to religious connotations would be rejected as well as any casted based symbols.

The Aam Aadmi Party, for example, selected the broom which signifies their goal of cleansing the Indian politics by sweeping out corruption from governance.

4. Campaigning for the voters support: The last straw and probably the end goal is winning the elections. Although that’s the most difficult part, it’s not impossible.

There is no magical formula to win the elections but analysts say that keeping up the latest channels of communications can go a long way in improving public support.

As always, let’s take the Aam Aadmi Party. What worked in favor for them was their engagement with the youth and all the middle-class voters on the street as well as the social media which most parties don’t capitalize on.

When AAP won the elections in 2014, Rahul Gandhi did not have a Twitter account whereas Arvind Kejriwal had an account with 1.1 million followers where he was regularly engaged on a wide variety of issues.

So basically adopting the new-age techniques and having a mix of both public rallies, door to door practices and a social media connection with the youth worked a long way for them.

Basic formalities and applications to be completed with the Election Commission

The application should be sent by registered post or presented personally to the Secretary to the Election Commission within thirty days following the date of formation of the party.

As stated by the Election Commission of India website, the documents needed to register your political party in India are:

(i) A demand draft for Rs. 10,000/- (Rupees Ten Thousand Only) on account of processing fee drawn in favor of Under Secretary, Election Commission of India, New Delhi. The processing fee is non-refundable.

(ii) A neatly typed/printed copy of the memorandum/rules and regulations/Constitution of the Party containing a specific provision in the exact terms, shall bear true faith and allegiance to the constitution of India as by law established, and to the principles of socialism, secularism and democracy and would uphold the sovereignty, unity and integrity of India”.

(iii) The copy of the party Constitution should be duly authenticated on each page by the General Secretary/President/Chairman of the Party and the seal of the signatory should be affixed thereon.

(iv) There should be a specific provision in the Constitution/rules and regulations/memorandum of the party regarding organizational elections at different levels and the periodicity of such elections and terms of office of the office-bearers of the party.

(v) The procedure to be adopted in the case of merger/dissolution should be specifically provided in the Constitution/rules and regulations/memorandum.

(vi) Certified extracts from the latest electoral rolls in respect of at least 100 members of the party (including all office-bearers/members of main decision-making organs like Executive Committee/Executive Council) to show that they are registered electors.

(vii) An affidavit duly signed by the President/General Secretary of the party and sworn before a First Class Magistrate/Oath Commissioner)/ Notary Public to the effect that no member of the party is a member of any other political party registered with the Commission.

(viii) Individual affidavits from at least 100 members of the party to the effect that the said member is a registered elector and that he is not a member of any other political party registered with the Commission duly sworn before a First Class Magistrate/Oath Commissioner)/Notary Public.

(ix) Particulars of Bank accounts and Permanent Account Number, if any, in the name of the party.

Hoping to see your own political party on the centre stage soon.