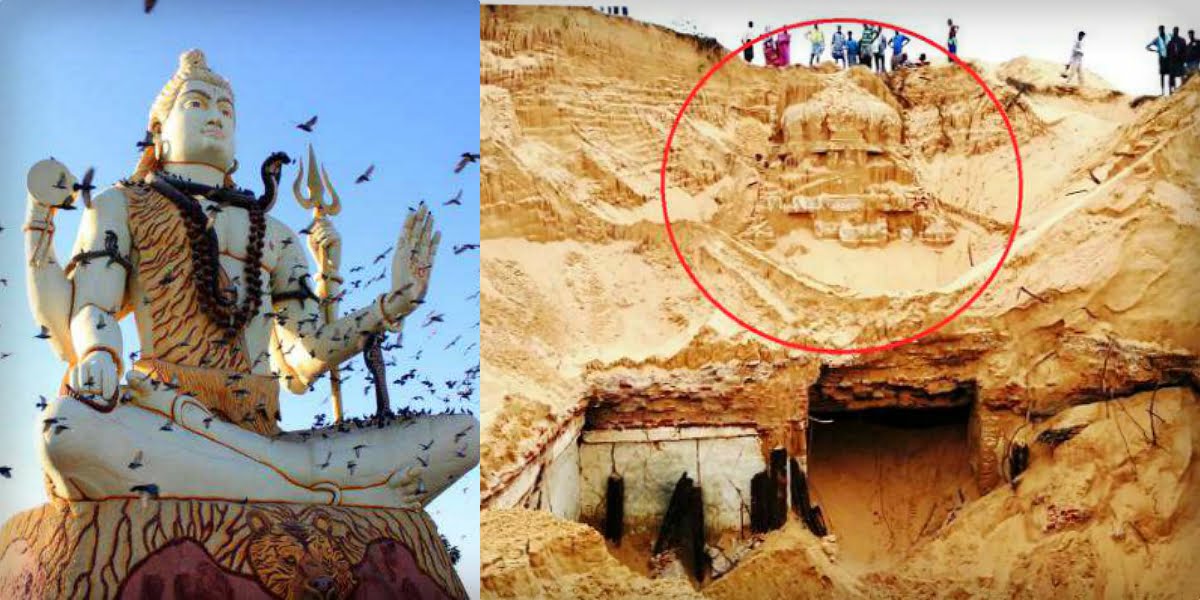 Every town has its tale, or a myth surrounding it. While some do turn out to be true, many others are usually just rumours.

A village in Andhra Pradesh, Perumallapadu, also had one such story.

The story was passed on to the younger generations, who in this lockdown, decided to check if it’s true.

Thirty-five villagers began the search for a temple that only existed in stories. The ambitious lot arranged funds and started the work at the earliest. A few of them even worked for free.

After a hard-working day, they found the pinnacle of the Nageswara Swamy temple.

The villagers are now planning to develop the temple completely so that they can perform puja. 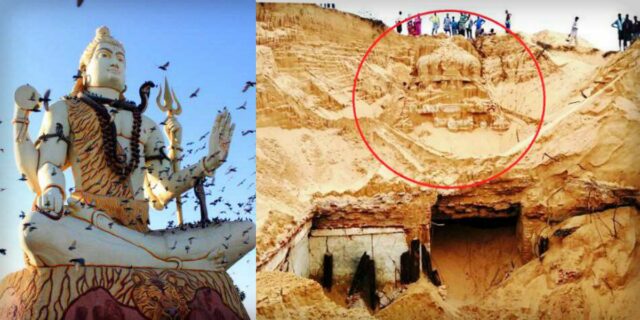 Also Read: A Fossil Known As ‘The Thing’ Turns Out To Be A Deflated Egg Of Extinct Sea Lizard

The villagers have found a Shiva statue after spending days digging, as Lord Nageswara was a form of Shiva.

Nageswara Swamy was also blessed by Lord Parashurama, an avatar of Lord Vishnu.

However, the local digging work has been halted as the people fear that they could damage the ancient architecture.

History of The Temple 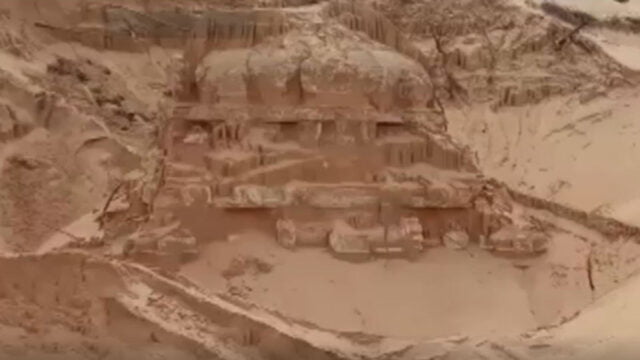 The Nageswara Swamy temple in India is said to be a 200-year-old place of worship. The temple was submerged in the flood of 1850, and was completely covered in sand by 1940.

The change in the course of the Penna river is said to be the reason behind the temple’s submergence.

The sanctuary will now undergo restoration, after being buried for almost a century.

The villagers will look up to priests and the elders of the village, to make decisions regarding the further steps.

It is believed that those who seek God will find him.

Well, with their hard work and dedication, the villagers validated the statement.

Back In Time: When The Catholic Church Refused To Accept The Sun As The Centre Of The Universe