HomeEntertainmentWritten By Arundhati Roy, This Was SRK's 1st Movie & It Was...
EntertainmentMovies

Written By Arundhati Roy, This Was SRK’s 1st Movie & It Was Way Ahead Of Its Time

The Indian Cinema has a history aged more than a century which encompasses within many milestones but few are those gems which went unnoticed, largely due to the propriety prevalent in those times.

Just recently I had watched the 1989 cult comedy In Which Annie Gives It Those Ones (which was the first movie in my list of ‘movies to watch’) about a group of architecture students in Delhi in their final year of college, an institution which the orthodox smarties of India will call a hub of anti-religion and anti-nationals. The students speak crossbred English i.e. the Indian English having a hue of Punjabi & Hindi and most of them live in hippie style.

This movie was never meant to be watched as it was ahead of its time and remained lost in the Doordarshan archives, telecasted just once on the national television more than twenty years ago, and then never again.

The screenwriter is the widely known author Arundhati Roy who also plays a role in the film. She is as usual at her best with her witty, sexy, clever words which would have sacrilege the “pure and pious” Censor Board if it had been released in today’s time and that too with many statutory warnings.

The classic English Rock soundtracks in the background make it cooler. The messy hostels, student geniality and concord, love stories in young and naive hearts that are ordained to die as soon as their course ends make the film closer to reality. The film was both ahead of its time as well as timeless.

Read More: Buaji Masturbates In Lipstick Under My Burkha And Unsettles Indian Men

The movie has many witty remarks as one time when Annie (a student who is in his fourth time in the fifth year) loses his pet rooster then Arjun says that Annie has lost his “cock”  which is replied by Radha with a fake moan, imitating the symbolic Aa Aa calling to search the rooster.

There is also a sarcastic professor Y.D.  Billimoria, known as Yamdoot for his unfailing and uncanny ability to butcher a student’s endeavours with sarcasm.

Yamdoot rejoinders a student who has submitted an ambitious plan about a resort as “My dear donkey, have you forgotten all about orientation” and calls Annie an Animal.

The credits too at the end of the movie have a tinge of smartness and quirk, you will ever see in Indian Cinema.

The film has notable actors as Shah Rukh Khan (his first movie) and Rohan Seth (worked in Gandhi as Nehru).

It is one of the rare cult classics of our country and is the next thing you should watch before you judge Indian Cinema.

This will go definitely from me to anyone as a recommendation with a tag  “must watch” and 4.8 and not 5 stars out of 5 because it takes some time to set its pace at the outset.

Forget 3-idiots and go for this.

Facebook
Twitter
Pinterest
WhatsApp
Previous articleAll India Radio: The Voice Of Every Individual Indian
Next articleRedditED: Waking Up At 3 am, Is It Really The Devil’s Hour? 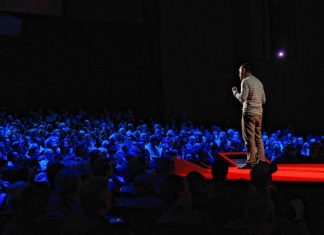