We live in a time when gay people are out and proud, but that does not mean that pre-existing prejudices and mindsets have suddenly vanished.

Modern Indian men, who can debate and talk about any of the latest issues, who love to declare every time how open-minded they are, happen to still get a little squeamish when it comes to interacting with a gay person, someone who could be non-straight or even being talking about stuff that can be called ‘gay’.

It seems that the fear that someone can actually believe you to be gay still persists even when a lot of young people are moving away from just calling themselves straight.

As per a study, about 23% of British individuals chose their sexuality as something other than straight and the figure is even higher at 49% for people within the age bracket of 18-24 year old.

Even in India, there is a growing movement for people of different sexualities to come out and embrace their sexuality with pride parades, film festivals and more.

However, it makes sense why Indian men even the modern and educated ones would have a certain hesitancy towards being considered anything other than straight.

Let us take a look at the various reactions that are common among straight, Indian men when they encounter gay men or even slightly effeminate men:

#1. Want To Establish Their Straightness:

Something I have observed and read about a lot is how straight men when meeting or in the company of a gay male, want to instantly establish their straightness by showing off a number of various stereotypes.

Be this by talking about manly things, or even creating a familial bond by calling that man ‘bhai’ and all.

In doing so, they are somehow coercing themselves into thinking that since they have formed this brotherly bond, then they don’t have to be afraid of anyone thinking otherwise. 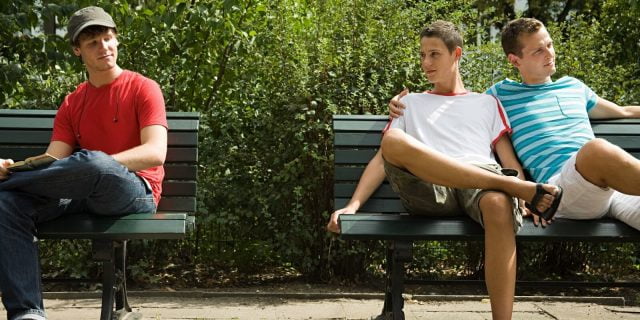 #2. Get Worried About Their Physical Safety

Perhaps this is not done in front of the gay person himself, but what I see online in a lot of threads and forums is the fear straight men have of a gay guy.

They usually fear and state lines like, “what if they start hitting on me?”; “they keep staring at me”; and occasionally even “they make me uncomfortable”.

It is funny that males suddenly start to get scared when the male gaze is put on them and worry about their safety when women have been dealing with that on their own for centuries now. 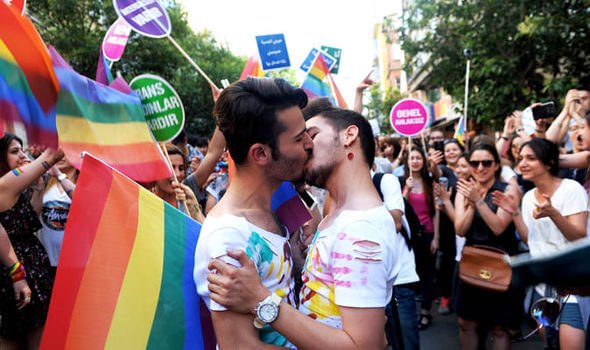 This is perhaps the rudest reaction but is also extremely common of straight men to laugh out loud when a man behaves in a slightly feminine way.

Teasing and mocking if a man applies makeup or is worried about their skincare is often usual to see among men who want to establish their masculinity by shunning all such things.

Gay men who are effeminate also tend to make straight men uneasy since they might have mannerisms that are feminine and this shows especially with their dance moves.

This is not to say that all straight Indian men behave in such a way, there are several to openly accept and do not really react in a bad manner to gay or feminine men.

But this does show how deeply entrenched the phobia is among straight men of the society considering them too as gay and ostracising them from normal society.

Kerala Doctor Claims To Be Able To Cure Homosexuality

In Pics: Check Out The Indians Who Changed Our Idea Of Big Fat Indian...

ED Originals Nivedyta Khanna - May 21, 2022
You must have noticed that most of the Indian weddings are grand and lavish. It is true that having a big fat Indian wedding...