A sexologist based in Kerala by the name of Titus P Varghese has been making waves on the Internet (through both social media and WhatsApp) for saying that he can cure homosexuals, and turn them into heterosexuals.

Concerned parents who haven’t been able to accept their child’s sexuality have been taking their children to him for treatment. Opinion of a Keralite and Member of the LGBT+ Community

Krishnan (name changed for privacy reasons), an MA student in a university in Hyderabad and member of Kerala’s LGBT+ community, says,

“He is a fraud, who is exploiting people’s insecurities. It is working because nobody wants to come out openly, everybody wants to keep this a secret. What actually happens is that he charges a huge amount for his sessions, and then his patients do not follow up or they claim to have “changed”- they probably just abstain for a short period.”

Queerala, a welfare organisation for Kerala’s LGBT+ community, claims to have independently checked the doctor’s credentials.

Jijo Kuriakose, co-founder of Queerala, states that this doctor’s claims of being a member of the American Association of Sexual Educators and American Board of Hypnotherapy are false.

After this statement was released by Queerala, these claims were removed from the doctor’s Facebook page.

A member of the LGBT+ community in a statement to the Times of India said, “My parents took me to the doctor 10 years ago after my marriage. He took me to a room full of colourful lights. He would first ask us to write down all our sexual experiences from childhood before starting the counselling. Since I have read a lot about sexual orientations, I started questioning him. What initially began as counselling slowly turned into advice. Since he knows our sexual history, nobody would dare to speak against him.”

There are no known scientific methods to “cure” or “treat” homosexuality. It is well known and accepted fact that homosexuality is a natural state across species, and not a “condition,” and this is the point of contention that is brought up by members of Kerala’s LGBT+ with regard to this doctor and his approach.

Psychologists have arrived at the conclusion that sexuality is not just black and white, it`s a spectrum. It is not true that human being are naturally wired to be attracted only to the opposite sex. There are heterosexuals, homosexuals, bisexuals, pansexuals, asexuals, and a whole spectrum of sexualities that cannot be put into a box.

However, there are several people who have also claimed in their Google reviews that the doctor’s treatment has helped them, and had turned them “straight”.

After facing backlash, the doctor has been rewording his claims, which are available on YouTube. He claims to have an MA, MPSW, and Ph.D. and stated that he never said that he can treat or cure homosexuality.

Instead what he is saying now is that this is a behavioural problem, like paedophilia, and that it is caused by “extreme sensory experiences in childhood.” He also claims that it will “subside if there is an acceptance and confirmation of these experiences.”

What the Medical Community Has to Say

Several members of the medical community both in India and worldwide have said that homosexuality is completely normal, and is seen across species, not just in human beings.

They also state that it is not a conscious choice or something that can be “cured”- it is simply a sexual orientation like any other.

Cannibalism, Cannabis, Sex With Corpses, Nudity: Read About the Aghori Sadhus Of Varanasi 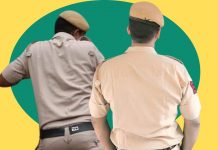