As a blogger, I know I have limits to what I write, who I name in my blogs and who I blame in my blogs. But there are times when these limits seem to be too restrictive. Allow me to explain why.

I’ve been told time and again to be careful writing about claims that Pakistan is a terror-sponsoring state. Although several countries have said so too, it is better not to call out another nation outright.

But what do you do when that nation reaches out to the United Nations Security Council to allow listed terrorists to use their bank accounts?

What should you feel as an Indian when the government of Pakistan approaches the Sanctions Committee to let demons like Hafiz Saeed withdraw money from his bank account?

You read the title right. What’s more outrageous than a country asking for funds for a terrorist is the United Nations Security Council Sanctions Committee approving it. Ironical how it is a security council.

This month, the Imran Khan government approached the UN body, after which, the 26/11 mastermind – a designated global terrorist – Zakiur Rehman Lakhvi has been allowed a Rs. 1.5 lakh monthly expense package. 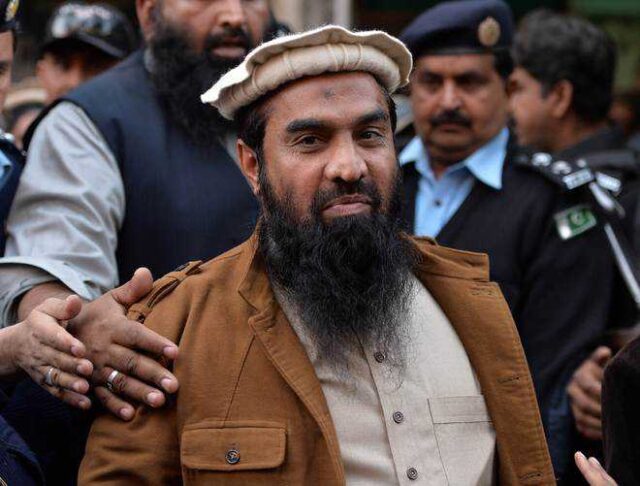 The committee has also allowed payments to Mahmood Sultan Bashir-Ud-Din, a scientist who had connections with Osama and the Talibani forces. He allegedly helped them understand how nuclear weapons were to be made with the materials they had access to.

This is not the first time such a thing has happened. An anti-terror court of Pakistan granted bail to Hafiz Saeed in a terror financing case. On the same lines, even he was allowed expenses by the UN officials.

How Is It Decided?

There are certain rules to it. The UNSC grants such allowances on requests of governments until all 15 members object to it within 3 days of receiving the request. What’s more is that even if one or two members object, the grant still goes through.

In countries like India and Pakistan where the income is hardly Rs. 20,000 on average, even for an engineer, Rs. 1.5 lakhs per month is a little too much.

Who eats food worth Rs. 50,000 a month? That’s not even the monthly salary of the majority of middle-class people in India, let alone in Pakistan.

After serving 6 years in jail, this terrorist was released on bail by Pakistani courts and now he will enjoy every month with a big budget. As Indians, what are we supposed to feel about it?

The question here is – is such a big allowance needed for a globally listed terrorist? Moreover, is it reasonable on the part of the UNSC to allow it?

If this doesn’t allow me to agree with the US State Reports stating Pakistan as a terror financing state, then I don’t know what will.