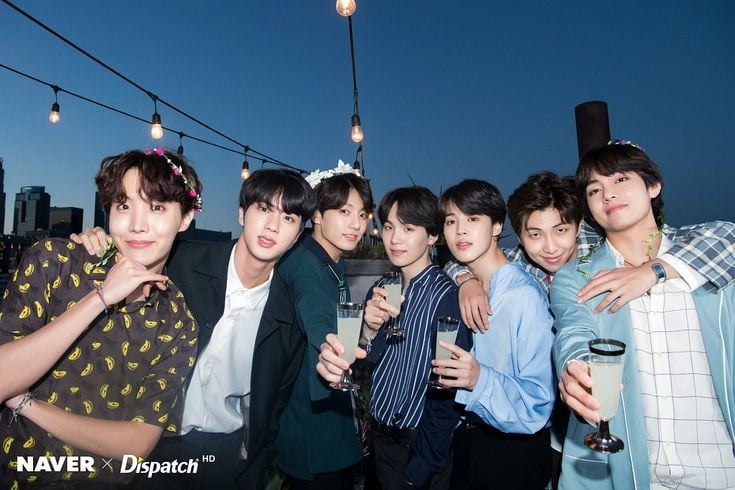 It is not the first time that oblivious people with no respect for artists and their work have made stupid and ignorant comments.

Especially when it comes to TV hosts who have never done their research and find racists and homophobic remarks as comedy.

Something very similar happened on one of Australia’s most renowned network, Channel 9, which featured a derogatory segment on BTS that aired on 19th June 2019 in an episode of ’20 to one’.

What Comments Were Made

The countdown that featured the group was The Top 20 Global Crazy. BTS was placed at number 18 and was referred to as ‘Korean One Direction’.

This is not just degrading for BTS but also for One Direction. Pitching and comparing two well-renowned groups is disrespectful to both. They were also called “the biggest band you have never heard of”.

Undermining BTS’s achievement and their campaign, one of the hosts claimed that the UN speech delivered by the band’s leader, Kim Nam Joon, was probably all about hair products.

The fans were enraged by the total stupidity and xenophobic remarks of comedian Jimmy Carr, who stated in the show;

“When I first heard something Korean had exploded in America, I got worried, so I guess it could’ve been worse … but not much worse.”

Also Read:- What Are Some Inside Jokes Of BTS ARMYs That New Fans Should Know About?

The Hashtag And Apology

The Australian fan group on Twitter, BTS AUSTRALIA, made a thread about what all went down at the show for all the ARMYs around the world to witness the insensitivity of the show’s hosts and demand for an apology.

According to the tweets, the show claimed BTS fans as crazy people and displayed videos of the member’s voice cracking during performances. The presence of the group on American charts were passed off by stating;

“only one member actually speaks English.“

By midnight the hashtag #Channel9apologize became the number one on Twitter in Australia. Many fans have shown their anger and filed complaints against the whole panel of the hosts and the channel for showcasing such poorly edited videos and disrespecting BTS.

An apology on the behalf of the channel was made, but the fans were not satisfied and trended another hashtag, #FireAlexWilliamson, amidst the whole ruckus.

“Shut the f**k up c**t it ain’t racist they just don’t give a f**k about boy bands who are designed solely to extract $ from the hip pocket of 14yo’s. I’ll always revel in the genuine talents of South Korean professors such as Cheon Jinwoo. F**k these c*ntz.”

The situation has not been settled yet, but ARMYs are making sure that strong action is taken up by the channel and a sincere apology is made by Alex Williamson and the whole band of hosts.