Since the past few days, Delhi has been trapped in a state of violence, chaos and fear. The Delhi riots that started on Sunday, 23rd February 2020, are still going on.

As per latest reports, a shoot on site around the main areas of the riot, mainly the north-east part of Delhi has been approved and Delhi borders have also been temporarily closed.

For the past two and a half months citizens across Delhi have consistently been protesting against the CAA and NRC laws that were approved by the current ruling government. The discriminatory nature of these bills against minority communities of India has led to many people coming out in protest of it, asking the government to take it back.

Till date though, most of these protests have all been peaceful, with at most some roads being blocked leading to some traffic congestion. However, now the situation has taken a turn for the worse with around 23 people having died due to this and more than 100 injured.

But one has to wonder from where exactly did these riots really start? Who started this whole thing? 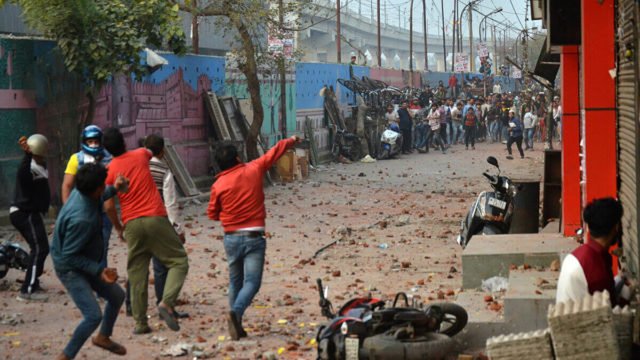 Who Started The Riots?

Firstpost reported on 23rd February how over 500 people, with majority of them being women were planning to go on a sit-in, anti-CAA protest near Delhi’s Jaffrabad metro station.

This resulted in the Delhi Metro Authorities closing the entry and exit gates of the metro station along with also not allowing trains to stop at that particular station.

DMRC even tweeted about it and said that, “The entry & exit of Jaffrabad have been closed. Trains will not be halting at this station.”

Another report by Livemint said that, this was because many of the protesters were blocking the road outside the metro station since Saturday night and were not planning on moving until the government removed the CAA.

The protesters were occupying road no. 66 which connects Seelampur with Maujpur and Yamuna Vihar in between which the Jaffrabad metro station was located.

On Sunday the anti-CAA protesters continued their protest, with some reports saying that one side of the carriageway about 1km away from the metro station was blocked by them since morning.

It is unclear when the pro-CAA group assembled and started their own protest to clear up the roads and clashes really started. Some reports have said that Bharatiya Janata Party’s Kapil Mishra had gotten with him around 200-300 people at the Maujpur chowk (in front of Jaffrabad) for his own sit-in protest to support CAA.

He came at around 2.30 or 3 pm on Sunday, which is around the same time that a group of anti-CAA protesters also reached the same area.

As per a report by The Hindu, both groups were shouting slogans and apparently both the sides started to throw stones at the other for around half an hour.

Another report by Indian Express, also said that some people were seen running from the Jaffrabad side towards the Babarpur side where allegedly the pro-CAA people were gathered. Although it has not been confirmed yet as to whether they were pro-CAA, anti-CAA or who exactly were these people.

Police officers at the location have reportedly said that both the sides were pelting stones at each other, only stopping after reinforcement arrived and they created a human chain to keep the two sides away from each other.

A report by The New York Times also repeated the same line that till yet it is unclear who really started this whole incident in the first place.

Alok Kumar, the Joint Commissioner of Police (Eastern Range) has said that, “We are trying to identify the people behind the incident.” 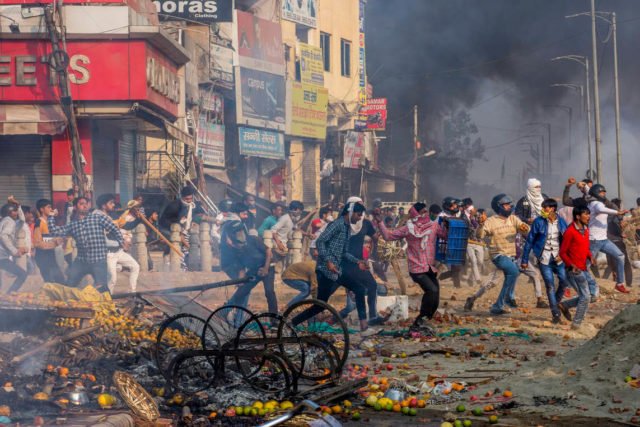 What Hand Did Kapil Mishra Have In This?

Considering that no one has been yet charged with starting these riots, I have been a little surprised how some reports are saying that this whole thing was led by Kapil Mishra.

I for one think this is giving too much credit to him and don’t really understand why all this limelight and media attention should be given to him. Here are some things we know about his involvement in the pro-CAA protest:

#1. Various reports like Indian Express, The Print, The Hindu and more have said how Kapil Mishra led a pro-CAA rally at Maujpur-Babarpur Metro Station which is about 2 kms away from where the anti-CAA protests were going on.

#2. An Indian Express report said that he could be heard raising slogans like:

To this the CAA supporters were allegedly responding with slogans like “Desh ke gaddaron ko, goli maaro saalon ko”.

There were also videos of him speaking at the rally where he said that, “They (the protesters) want to create trouble in Delhi. That’s why they have closed the roads. That’s why they have created a riot-like situation here. We have not pelted any stones. Till the US President is in India, we are leaving the area peacefully. After that we won’t listen to you (police) if the roads are not vacated.”

We don’t want to another Shaheen Bagh in Delhi. Thank you Kapil Mishra Ji .@KapilMishra_IND. You are a true Hindu and Indian. #ISupportKapilMishra pic.twitter.com/SisBHm188I

#3. The actual riots are said to have broken out once he left the rally. And it is then that he tweeted that said, “We have given a three-day ultimatum to the Delhi Police to get the road cleared. Get the Jafrabad and Chandbagh (where another sit-in protest is underway) road cleared”. 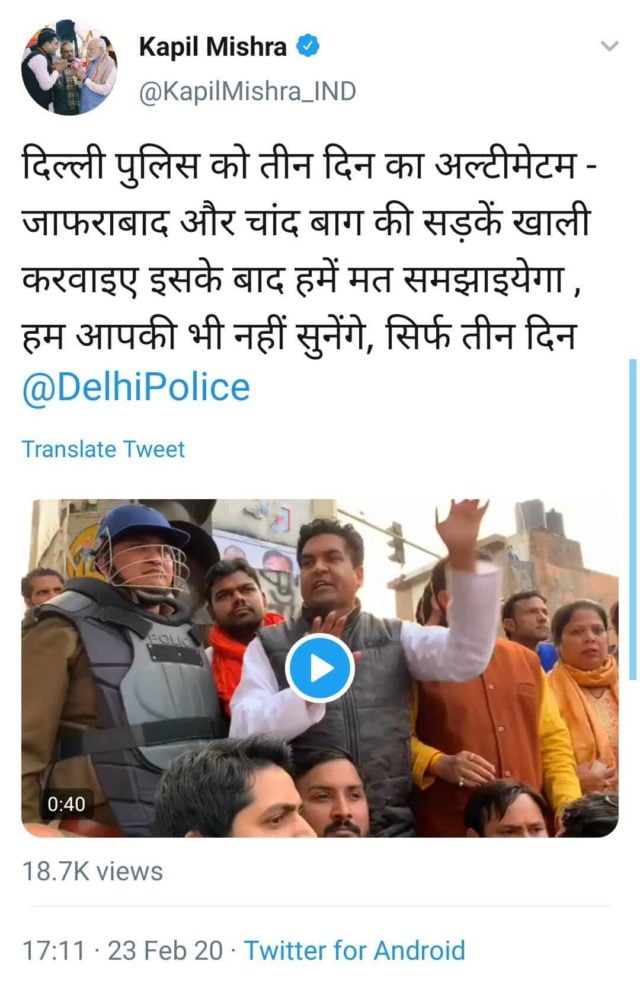 So these are the facts that have come out and according to me a few things don’t add up.

We know that ministers have been spiting hate slogans for a long time and even tweeted a lot of rubbish. But those don’t necessarily translate to communal riots at this scale. So maybe we are giving him too much credit for creating such large scale violence based on one tweet and one slogan.

From asking people to actually shoot these so called traitors of the country to other types of menacing threats, Mishra’s words in comparison seem pretty tame and standard for any politician.

Also what doesn’t add up is that, the people supporting the ruling party who wanted to show their support of CAA would surely have waited till Trump’s departure since PM Modi is very careful about India’s international image.

And even Mishra and other politicians of similar mindset have clearly said that they were waiting for Trump to leave before taking any action. So what would be the reason to start all this while he was here?

It’s quite puzzling to believe that this side of the mob was told to start any violence before Trump’s departure as it would sully Modi’s image in front of him.

But one has to wonder who exactly was behind these riots in the first place, since for quite some time now anti-CAA protesters have been very civil and peaceful in their dissent. In fact, it was only recently that Supreme Court appointed interlocutors visited the protests at Shaheen Bagh and declared them to be completely devoid of any violence or ill-doing. In their report they even apparently said that the protesters were not at fault for blocking the roads, and that it were the police and media who were blocking it.

So why is this all happening now?