As the 45th President of the United States of America, he is known not only for his presidential powers but also as an utterly ‘unserious’ and ‘comical’ leader.

He is famous for his bizarre comments, hilarious remarks, faltering speeches, and unconventional presidential behavior.

Considering the same, he is insanely trolled on social media regularly over his not-so-president like deportment.

However, we see Mr. Trump being targeted one more time for a rather self-derogatory post made by him on Twitter.

Social media is going insane over a recent post made by the respected president on his official account.

Trump tweeted a photoshopped image of himself on Wednesday at 10:54 am on a super muscular and buffed up body of the famous star- Sylvester Stallone in a shot from his classic movie, Rocky III.

What makes the situation more bizarre is that Trump made the post with absolutely no indication towards anything. This ‘no caption’ overt post by him got the entire world into thinking and speculating the real reason behind it.

While social media got a perfect meme, Twitteratis are leaving no stone unturned to troll the honorable president. Reportedly, the post is active with more than 105K retweets spectacularly blasting Twitter.

Since Trump gave us no hint over pulling off such a bizarre sport, here we come with our speculations.

We all know that the former real estate tycoon never fails to boast about his physical prowess and never misses a chance to catch any kind of attention.

During one of his re-election campaign speech, Trump talked about how people ran a rumour about him having a cardiac arrest following his recent visit to a hospital and declared him ill. The cocky president seemed to be disappointed by all the paparazzi that followed and made sure that the world knows he is a fit man indeed.

He told the media that the doctors who were to examine him for a full-body medical check-up were more concerned about witnessing his ‘spectacular physique’ than doing their job.

He further mentions that one of the doctors requested him to take off his shirt and show ‘his gorgeous chest’.

Also Read: Prominent World Leaders Who Have Taken A Dig At US President Donald Trump!

Not only this, Trump proudly re-emphasizes on the fact that he has ‘gorgeous chest’ and people would love to see it.

The next morning was followed by an image of a ‘hunky Trump’ on his Twitter handle. 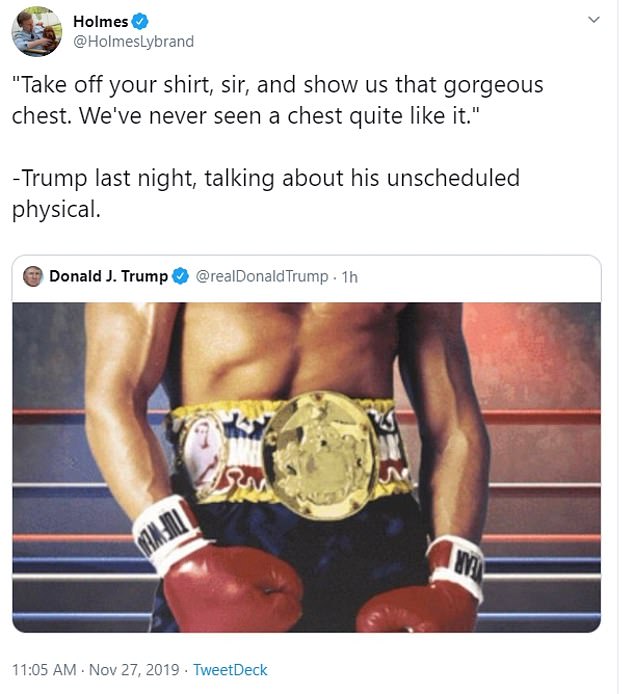 It can be deduced that maybe the dear president is so obsessed with the idea of his perfect physique that he just can’t wait to flaunt it to his people out there.

Well, seems like he got no time to get in shape either so a makeshift photoshopped image is here to serve the purpose.

Amidst all the chaos created by Trump, the social media has been mocking him relentlessly over his nonsensical actions.

Let’s take a look into some of the most hilarious tweets. 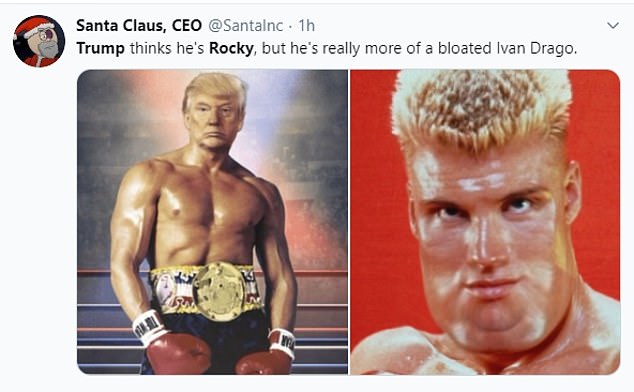 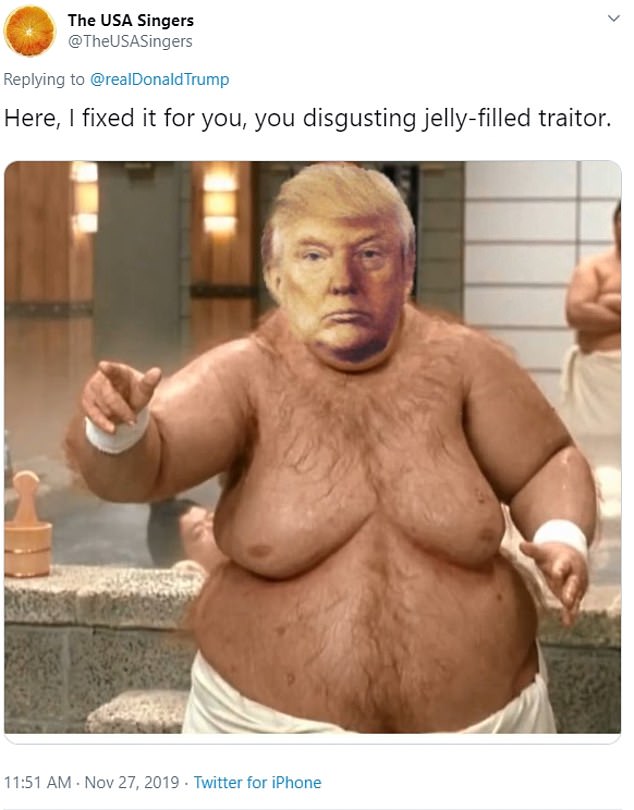 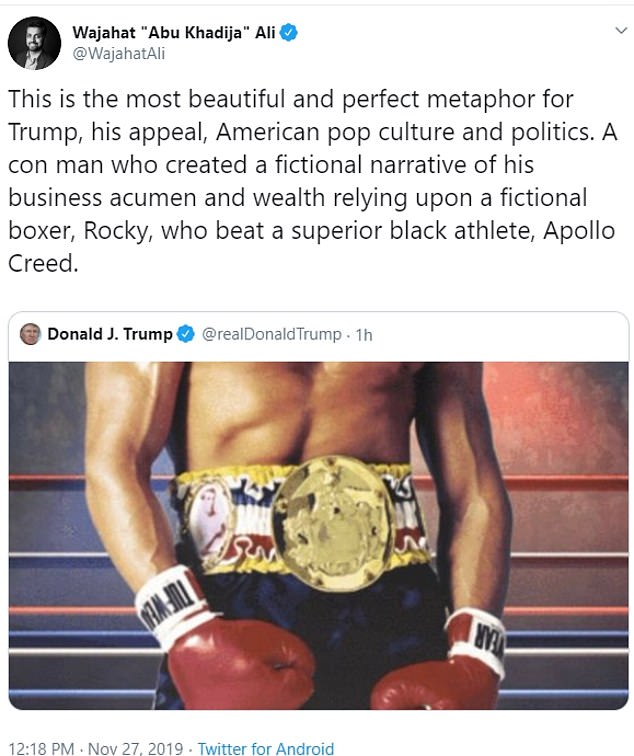 While others were flabbergasted by such a move made by the US Prez.

There are 1,000 things I am sure I could say about this jaw-dropping moment of presidential insanity, but for the life of me, I am too stunned to think of any of them. pic.twitter.com/OdEezNS6A3

Perhaps, it might be the case that the president wanted to convey that he is a fighter just like the protagonist of the movie, Rocky. Or wanted to indicate the subtle message depicted in the movie that revolved around ‘the anxieties of a White Voter’.

It might also be a possibility that the 73-year-old leader just wanted to commemorate the 34th anniversary of a classic movie talking about resilience and passion. (Qualities quite contradictory to dear President’s temperament). Or he simply wanted attention.

Whatever might be the reason behind this absurd move, it seems like Trump is definitely enjoying all the ongoing ballyhoo just a few days before his presidential elections.

What Does Ranu Mandal, The Literal Rags To Riches, To Arrogant, To Trolled Represent?