Indian Prime Minister Narendra Modi laid down the foundation of Ram Mandir on 5th August. Since the judgement of the Supreme Court of India came out in favour of Hindus in 2019, Hindu believers had been awaiting the commencement of construction of the temple.

The laying of the foundation stone marked the start of construction activities which will be completed in the next 32 months.

While various people are rejoicing and celebrating, some people aren’t satisfied with the judgement. On 4th August, the Muslim Personal Law Board (AIMPLB) released a statement which said that the Babri Masjid was a mosque and will always remain so.

They also cited the example of Hagia Sophia. Though the controversial tweet has been removed now, it surely fuelled controversy.

Let us know what Hagia Sophia is and how it is related to the Ram Mandir.

Hagia Sophia is a religious place and a remarkable monument in Istanbul, Turkey. It is an example of marvellous architecture and dates back nearly 1,500 years. 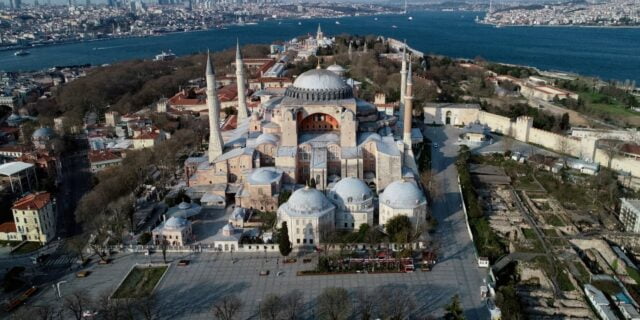 The monument was originally a Greek orthodox Christian Basilica and flaunts the marvels of Turkish architectural style.

When the Ottomans captured Constantinople in 1453, their leader, Emperor Fatih Sultan Mehmed graced the throne and since Ottoman empire’s central religion was Islam, they renovated the church into a mosque. Architectural modifications were made in the existing structure and Islamic elements were added.

The magnificent architecture, despite repeated renovations, continued to attract attention. In 1935, after nine years of establishment of the Turkish Republic, Hagia Sophia was converted into a museum and it is estimated to host around 3 million visitors every year.

After years of staying limited to a museum, in July 2020, the Turkish courts overruled the status of the mosque as a museum and adjudged that any use of the place other than a mosque would be illegal. Acting on the same, the mosque was reopened for Muslim worshipers for prayers in the same month.

What Is Its Relation With Ram Mandir?

Ram Mandir holds extreme religious significance for Hindus since it is said to be the birthplace of Hindu deity Lord Ram. It was claimed that the ancient Ram Mandir was demolished and the Babri Masjid was erected over the same.

For decades, the Hindu and Muslim parties continued to claim their rights over the piece of land in Ayodhya and finally, the matter came to end with the decision of the apex court in 2019. However, the statement by AIMPLB has again generated momentum. 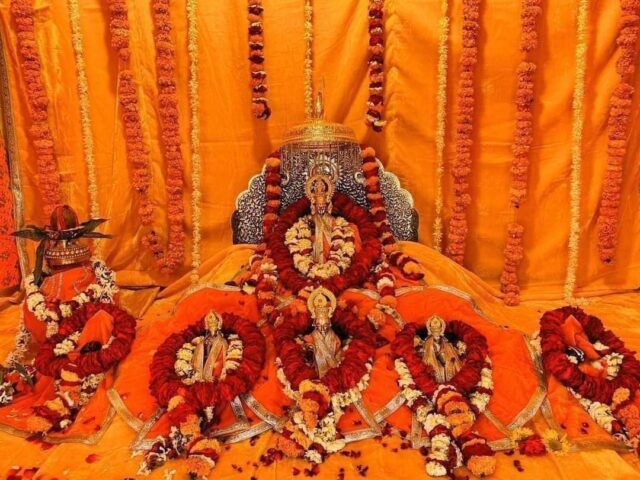 It would be wrong to compare the situation in the Ram Mandir dispute and Hagia Sophia since in both places there was a judgement of court but in the former one, it was conveniently rejected.

Thus, it cannot be believed that any change in time would change matters because the judgement of the court shall remain final and binding.

Though the irony of the comparison of Hagia Sophia and Ram Mandir attracts attention towards the righteousness of the decision pronounced by the Indian apex court, it would be safe to say that judicial decisions, in both matters, were given importance. It is what should ideally happen and due regard should be conferred on the decisions.

Also, the land was allotted to Muslim parties to construct the mosque. While the courts have disposed of the matter, the political and religious leaders should also leave the matter, to ensure that no further damage is caused.