Home Social Opinions “We Still Bear The Consequences Of Partition And Violence Associated With It”... 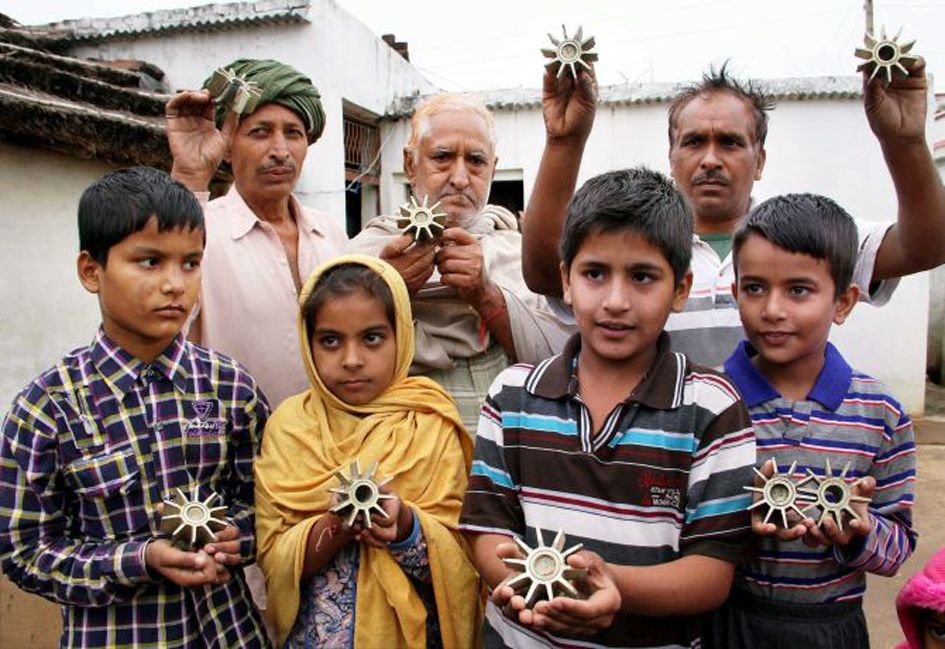 It’s been 71 years since the historic partition but unfortunately, its repercussions are still felt in the valleys of Jammu and Kashmir. Nowadays when we read about the repeated ceasefire violations and militant attacks in newspapers we hardly spare a second to think about what it is like to actually live in the border areas of Jammu and Kashmir.

And let me tell you – It is unimaginably hard!

Since the Partition in 1947 India shares a border of 3,323 km with Pakistan which includes the International Border as well as Line of Control (LOC) in Jammu and Kashmir. And out of this 3,323 km border, almost one-third that is 1,225 km runs through Jammu and Kashmir alone. Hence, it’s often called a “border state.”

And when you are living in a border state especially in one of the “border districts”, you tend to have a life full of instability and uncertainty as to what holds for you tomorrow.

How Serious Is The Issue At The Border?

Given that Jammu and Kashmir is a border state, 10 out of 22 districts run through the border which makes the situation quite sensitive.

Regular ceasefire violations, which have seen a steep rise since the surgical strikes carried out by the Indian army in 2016, put the villagers of the border districts right at the centre of the mortar shelling by the Pakistani army. Apart from heavy injuries and loss of life suffered by these people, there is a constant feeling of uncertainty which makes it difficult for them to carry out their daily chores.

With repeated migrations, displacements and dislocations, the people at these border areas of Jammu and Kashmir are never allowed to lead a “normal life” where farmers could be seen tilling their lands, women could be seen carrying out their household chores and children could be seen playing in a carefree environment.

None of this exists in these border villages. All that could be seen are frequent migrations, people getting wounded or killed by attacks from Pakistan but the worst impact of this everlasting conflict is on the children.

Imagine beginning a school year without the certainty of actually completing it successfully without any disruptions.

Felt odd thinking about this possibility?

Well, this is the reality in most of the border areas of Jammu and Kashmir. Schools often shut down in the wake of heavy shelling and gunfire. Many children aren’t even able to return to studies after the constant violence.

Also Read: 10 Teachings of Buddha That One Should Follow To Lead A Happy And Fulfilling Life

Actual Anecdotes To Understand The Grievances Of “Bordered” People

The village of Hunderman, a remote village in Kargil district, has been literally a part of both India and Pakistan. According to sources, Hunderman was a part of Pakistan in 1949-71 and became a part of India post that. Interestingly during 1965 war for four months it was literally part of neither of the nations.

Just imagine the conundrum faced by these villagers, not even sure of their own nationality. One morning you are a Pakistani and the next day you are an Indian. Due to this, there are lots of families which have been split in this village. Fathers and husbands who left Hunderman for work during daytime could not return because they were suddenly in a different nation.

Other cases have also flourished wherein couples of such villages have literally divorced via letters soon after they got separated.

And in this way families are forced to turn against each other in a fraction of a second.

As if this isn’t bad enough many innocent children die in vain due to heavy shelling. One instance is that of a 13-year-old Shahnawaaz who was just another victim of Pakistani shelling for everyone else, but for his family, he was a small kid playing in fields who had to give his life for no reason at all.

These are just two out of the many unsaid stories buried in the hearts of the people forced to live a life devoid of any security to life and livelihood.

As much as it pains us to read the actual anecdotes of these bordered people and the conditions they have to live in, it just reminds us time and again of how easy we have it in life.

While we are concerned about which place to go for a trip or which restaurant to dine at, these people are wondering whether they would be able to see the morning daylight the next day.

How The Kashmiris Are Dropping Guns And Using Art, Music, Poetry To Protest