Paying for a VPN service can be as risky as anything else on the Web. The administrator of VPNCodes.net provides users with a comprehensive method of reviewing popular VPN options on the market and whether or not they should be used. 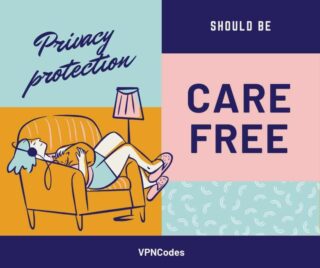 Recently, internet users who were interested in getting a virtual private network were treated to a comprehensive list detailing all of the pros and cons of current VPNs in one easy-to-find online location. The website in question, VPNCodes.net, offers a detailed overview of each service, as well as the process behind ranking them that involves 28 separate tests.

The website’s anonymous founder and administrator had constructed their own rigorous method of testing VPNs. They would go over 30 different services in order to pick the 10 best options for people to use. In order to get the best results, they subscribed to each individual VPN service; they then had it undergo a series of 28 inspection elements and ranked it based on how it performed. Each VPN received a detailed review based on the results, and the top ten were ranked accordingly.

Each of the 28 elements is given a specific number of points by the administrator. Some of these inspected elements include AES 256-bit Encryption, Play Store and App Store reviews, download and upload speed reductions, Ad-Blocker, DNS and IPV6 leak tests, and DDoS protection. The points weight itself varies from 2 to 5, while the maximum high score for a VPN amounts to an even 100.

VPNCodes is passionate about their efforts, stating that it’s important for them to provide unbiased, objective VPN service reviews. “I leave no stone unturned,” as the quote on their official website reads, “making sure there are no hidden surprises when it comes to VPN services.”

Their review process itself is structured in a way that any user can try it out. VPNCodes’ administrator specifically stresses this fact because they want the users themselves to try the method and make sure that the admin is being honest.

They highlight the possibility of other sites that might ranked some services higher than others due to them being an affiliate link, which is why it’s important for the users to test their own VPN of choice using the same 28-element test.

And this will not be happening under VPNCodes’ watch as everything is recorded and being chart down into numbers and scoring.

VPNs are a necessity in the modern internet era. The site admin provides some alarming statistics regarding online safety, stressing the importance of using a private network. According to the numbers they posted, 43% of marketing organizations globally sell their digital data, while only 34% of users rely on protection such as VPNs. The admin themselves comes from a country with restricted internet access. Their stated mission is the equal and free presence of everyone on the World Wide Web, regardless of where they might be. “Do we really need them?” they ask rhetorically. “Yes, I certainly think so.”

A quick fact about VPNCodes: Created in early 2020, the website catalogs the best-rated virtual private network services available, based on a rigorous review by the site administrator. It provides not only the list of VPNs with detailed individual reviews, but also the entire process that went behind ranking them as objectively as possible.