Have you ever caught yourself yawning when the actor and the actress break into an impromptu Bollywood dance number at the most inopportune time?

I have. It made a little sense why Deepika Padukone goes all balam pichkari in the middle of Manali and the whole Himachal seemed to know the choreography. I do not get why Shah Rukh Khan needs to do the lungi dance to pay his tribute to Rajnikanth who certainly looked unfazed.

It makes absolutely no sense that Akshay Kumar needs to have one hooka-daaru song in his movie when he does not endorse drinking.

What sort of relief does Bollywood music really provide in movies?

As an Indian, I am extremely proud of our cinematic heritage. We have a rich cultural history of movies that have shaped how our generations perceive and think. Music has been an integral part of this culture, but it never overpowered the story telling until about the 80s, when films became much more of musicals than movies.

But, why? And, is it necessarily a bad thing?

But here are a few reasons I think why we should stop with the Bollywood song dance numbers. The one place where I think Bollywood really undersells itself is story telling. We have good cast and crew, let me affirm that, but everyone and everything is so focused on entertaining that the whole story is lost in execution. The actors look much more lively dancing to the worst tracks ever than acting in the most important scenes.

For example, Gangs of Wasseypur. I liked how the song interludes lacked dancing and instead used the periods to speed up the story. That resulted in the story staying in between all the chaos.

REASON NO.2: Give a chance to Musicians to Write and Produce Music about Things that They Want to

Creative freedom given to musicians is as good as zero to nil. Bollywood music is little more than excuses to simply create inconsistent interludes in between scenes to make a known point even more known. The actor likes the girl. Hey, let’s have a song here to tell everyone THAT THE ACTOR LOVES THE GIRL.

Also Read: 10 Movies That Will Become Classics In The Future

If musicians are given a fair shot to actually write, produce and sing about what their hearts delight in, I am pretty sure that the culture of music in India will see a new high. Coke Studio is a very good example of how the untapped potential in quite a number of good musician to navigate the depths of music isn’t seeing the light of the day. Why are we wasting so much talent? If such talent is correctly exhibited, the record companies will do just as good business through their publicity and sales.

REASON NO.3: Give More Credibility to Actor’s Acting Skills Instead of dissing the likes of Hrithik Roshan and Tiger Shroff as nothing more than skilled dancers, the absence of song-dance numbers will give a fair chance to actors to actually bank on their acting to make a movie work. Should singing dancing stars really be given more importance in this industry than genuine actors who cannot shake a leg?

I don’t think so. So, if song-dance idiocy is done away with from movies, actors and actresses can only focus on one thing that they really bring to a story- acting

Also, REASON NO.4: We Need to Stop Crediting Actors for Any Movie’s Good Music Arijit Singh is a much bigger a reason for the success of Ae Dil Hain Muhkil or even Aashiqui 2 than Ranbir Kapoor or Aditya Roy Kapoor. Don’t get me wrong, they are decent actors. But unlike Ryan Gosling, neither of them could sing as well to save their lives.

We heavily misplace credit to music when it comes to Bollywood. We seriously need to burst the bubbles of likes of Salman Khan and Shah Rukh Khan who might have mistaken that any bad song they dance too will be the next big hit. Musicians should get their share of fame where they actually deserve.

The reason why Rock On was such a massive hit. It rode on its capacity to produce and execute good music that was in tangent to their storyline. Song sequences made sense in its interludes. Why can we not have more movies like it?

To conclude, all I would suggest is that song-dance sequences be used in movies only when they boost the craft of storytelling. No amount of Chikni Chameli and Sheela Ki Jawani is going to save the box office when you have an empty storyline. It’s time Bollywood chooses to rescue their craft from the pits of silliness and concentrate their energies on the art, then on the entertainment.

I Was Disappointed When Bareilly Ki Barfi Went Into The Interval 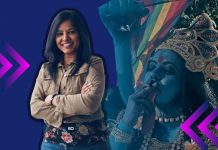 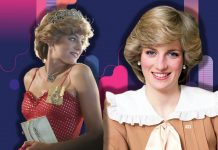