Home Lifestyle This Is The Level Of Devastation I Saw Amphan Create From The... 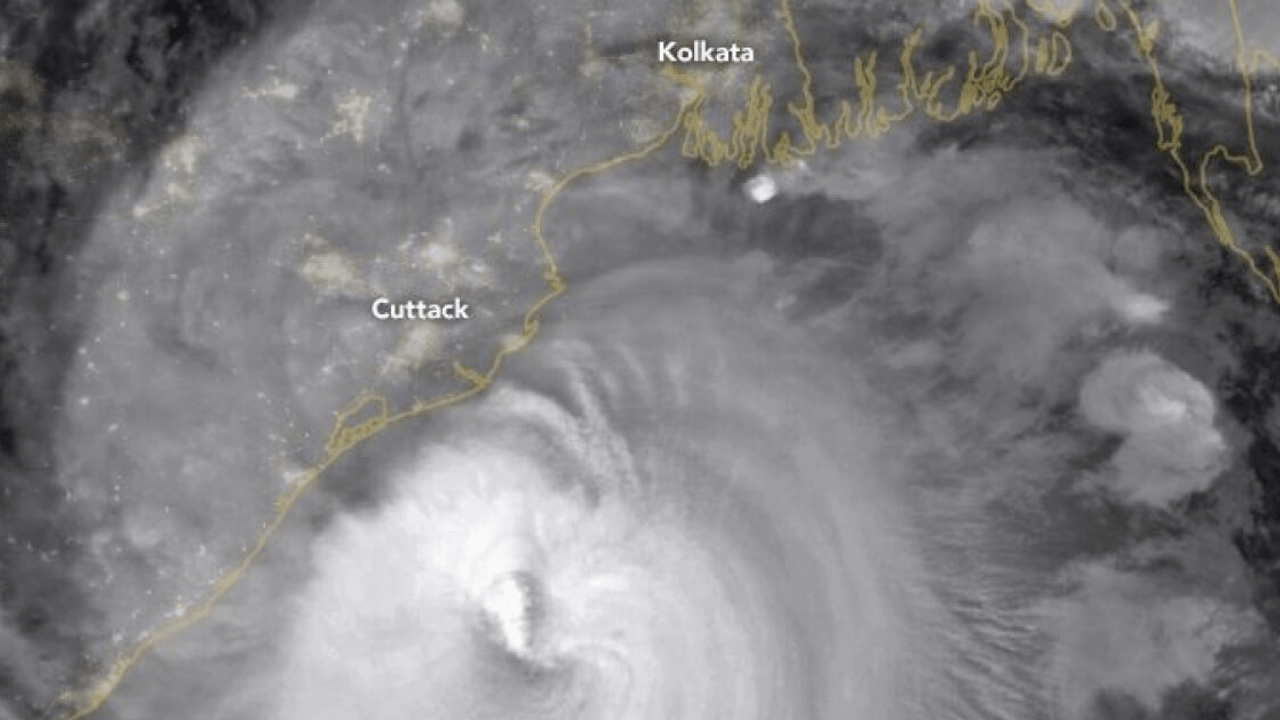 Over 3,000 COVID-19 cases have been confirmed so far in the state of West-Bengal. However, the City of Joy has been reeling under a different catastrophe for the last 48 hours now.

The eastern coast of India had been warned about the advent of a tropical cyclone named Amphan for the past few weeks. Unfortunately, the severity and the course of direction of this super cyclone could only be estimated in the eleventh hour.

The humidity level had reached its maximal point by Tuesday night. There was a stale stagnancy that had developed in the air.

People were aware of the storm brewing in the Bay of Bengal and the authorities had started executing their precautionary measures including the evacuation of over 5 lakh people from the coastal areas.

On Wednesday morning, we all woke up to an overcast sky. The storm was only a few hundred kilometres from the mainland. The officers at the disaster management department had been warning us about the impending danger throughout the day – providing us with constant updates.

Kolkata, they said, would be bearing the brunt of the storm in its full force for the first time in decades.

A metropolitan city that had been struggling to fight against the pandemic had a completely new challenge then. There were constant spells of light rain at regular intervals during the day, as the storm gradually moved to the land.

Finally towards late afternoon, the cyclone made its landfall and it began lashing its wrath throughout the city.

“I have never witnessed something so terrifying in my lifetime,” my father kept commenting as we had been switching turns to manage a faltering situation.

The power and network supply had gotten disrupted and we could hear the transformer of our neighbouring building burst out loud.

The windows rattled constantly with the roaring winds whipping against it and the rain kept pouring continually resulting in water streaming into the rooms through whatever little gap it could find.

The trees around our society started falling one after the other in a domino-like fashion. Asbestos sheets, broken pipes, window frames – everything could be seen flying in the air in a complete whirlwind, as the cyclone raged on with its full force.

One could hear glasses shattering every alternate second – a windowpane here, a car there.

It was only towards the night when the rains came to a halt with the strong gusty winds getting replaced by milder ones.

As we went out into the balcony, there was silence everywhere. The storm had passed. What it had left behind was a completely shattered city. 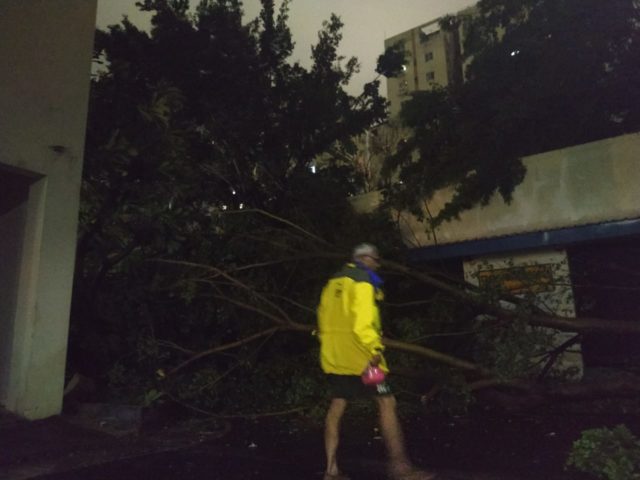 Also Read: Is It True That NASA Found Evidence Of A Parallel Universe Where Time Flows Backwards?

The next morning we woke up to a Kolkata that was crying. Thousands of trees had gotten uprooted and had blocked the roads throughout the city.

Cable wires and lamp-posts lay entangled on the ground amidst the fallen trees. Numerous transformers had exploded some of which had caused serious accidents as well.

Stones, glass shards, iron rods, automobile parts, water tanks, and the like were scattered everywhere. As network connections kept slipping in and out at intervals, we could see the plight of the entire city.

Various flats and houses were flooded due to the torrential rain followed by broken pipes and window frames.

Most of the streets in Kolkata were completely flooded with various objects ranging from cars to iron partitions floating in them.

The cyclone had completely devastated our City Of Joy.

We went out within our complex to scale the level of damage that had been incurred. The uprooted trees had blocked all the roads.

A mobile tower had fallen to the ground from the terrace in our neighbouring complex. We had lost a major chunk of the railing that demarcated our boundary.

Cars had gotten smashed everywhere and people seemed to be confused as to what immediate steps they could take to undo the damage.

A sense of fear underlay in everyone – an after effect of having witnessed a boisterous calamity the previous night.

“Yesterday’s super cyclone Amphan ransacked our campus by uprooting about ten big trees, breaking the boundary walls in several places, and blocking the roads within. Since morning many residents spontaneously involved themselves in chopping the branches with their own axes, hand saw, etc. with the added help of some local laborers. By afternoon all the roads within the campus were cleared with replanting and restoration of some very old and valuable trees as well,” said the President of the Board of Association.

A Calamity Amidst The Pandemic

While some areas had prepared themselves for the upcoming cyclone there were others that found themselves get caught amidst it unaware.

Kolkata indeed went through a major setback due to the cyclone, but there are other areas in Bengal where the havoc caused is much more.

Around 80 people have died in total throughout Bengal, according to the current records. According to the CM’s report, South 24 Parganas was the worst hit as 99% of it has been wiped out by Amphan.

The loss of public property has been estimated to be around 1 lakh crore. Prime Minister Narendra Modi took an aerial tour of Bengal on Friday morning, along with Chief Minister Mamata Banerjee to get more clarity on the estimated damage.

Nature finds its own way to balance out the destruction caused by its calamities. It is times like these that we realize that it is us humans who co-exist with nature – and we are completely at her mercy.

The only thing we can now do is to cling on to the hope of getting back on our feet soon to be able to fight with the other global calamity – a pandemic.

Sources: The Print, The Times Of India

Back In Time: Rajiv Gandhi Assassinated By LTTE Suicide Bomber In Tamil Nadu