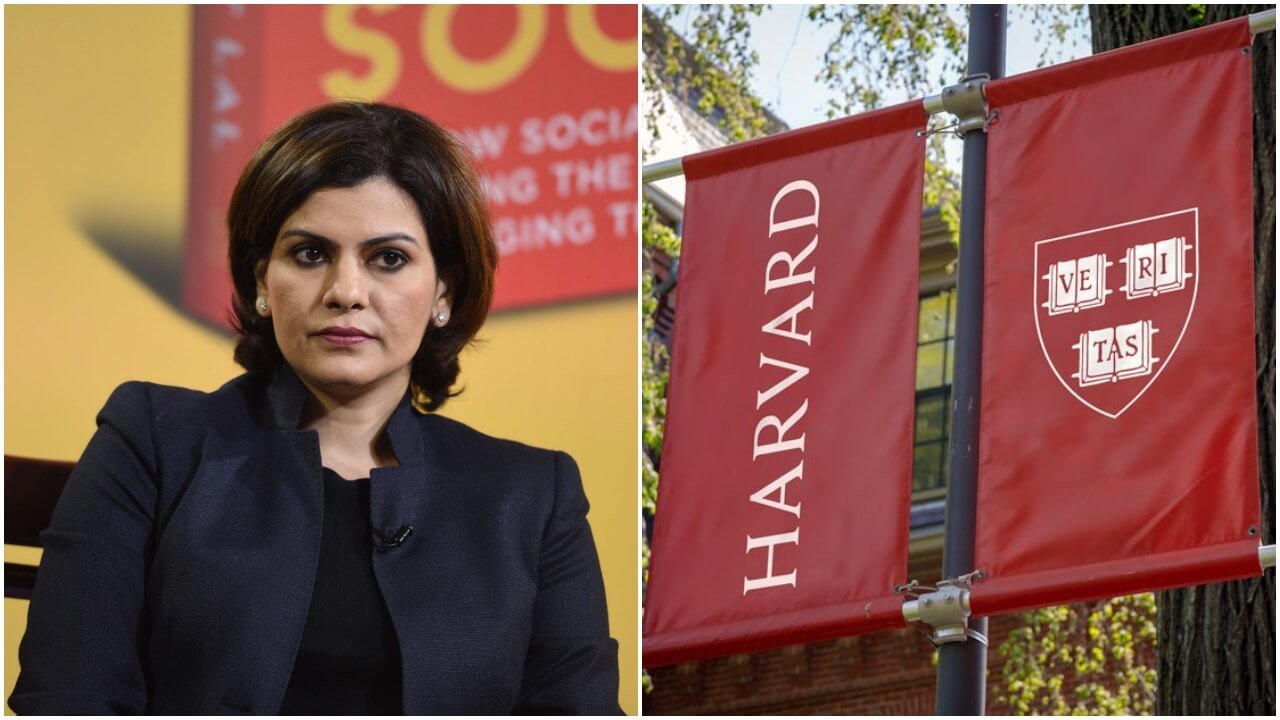 The whole issue with NDTV’s former journalist Nidhi Razdan has certainly evolved into a big deal.

On Friday, that is 15th January 2021, Nidhi Razdan posted on her Twitter that she had been “the victim of a serious phishing attack“. This was in relation to a job offer she had seemingly gotten from Harvard University in the U.S.

She had publicly posted about her exit from NDTV in June of 2020 and stated that she would be joining “as an Associate Professor teaching journalism as part of Harvard University’s Faculty of Arts and Sciences.”

She eventually posted in 2021 about it all being a phishing scam intended to get sensitive information like her bank details, devices, email, social media accounts and more.

However, the post by Razdan not only started an avalanche of memes and jokes about her alleged ‘intellectual inadequacy’ but also started a debate on how exactly could this have happened.

Even Razdan’s latest article on NDTV, going in detail about what exactly happened has raised some questions. So here are some red flags that, had Razdan questioned a bit, could have saved her from this scam:

A lot of people, instantly after Razdan’s tweet was posted, commented on how Harvard did not have a journalism department.

The founder of Neiman Journalism Lab at Harvard University, Joshua Benton, had even commented on Razdan’s tweet stating that the university had “no school of journalism, no department of journalism and no professors of journalism.”

She was apparently under the impression she was joining the Faculty of Arts and Sciences (FAS), which is the main faculty (for Harvard College and the Graduate School).

In her article on NDTV, Razdan explained that the Harvard Extension School did have a Journalism Degree Programme called the Master of Liberal Arts, Journalism degree.

This, however, was countered with her own tweet that said she was joining the Faculty of Arts and Sciences (FAS) that is one of the main faculty at the Harvard College and the Graduate School.

FAS although does not have any journalism degree or journalism professors employed.

Razdan has stated that once Harvard finally replied to her, they revealed that not only was her appointment not in their database but that the people claiming to be their Human Resources (HR) staff did not exist.

As such a senior journalist, it is only sensible to thoroughly research every single person that is communicating with you over something as big as a job at Harvard.

So did Ms. Razdan not research those people, or Google them once?

Many people are also pointing out that one’s educational qualifications need to meet a certain standard in order to even be eligible for such a job.

As per the official website of Harvard University, any applicant applying for the position of Associate Professor “should ordinarily have a doctorate”.

Some other people mentioned that if not that then either a PhD, academic credentials or a published research paper should be under the belt of the candidate.

Nidhi Razdan, according to her bio did her Masters in Arts from Cambridge University, which some people doubted as being enough to be offered the position of Associate Professor.

Red Flag 4: Bank Transfer Slip But No Money Coming Through

Razdan in her article also stated that “I was also told my salary would be paid irrespective from September 2020 but no money ever came. It was all blamed on chaos due to COVID or IT failures. At one point they even sent me a bank transfer slip even though no money ever came.”

Well, that was a pretty big red flag of its own.

Red Flag 5: Work Visa Issued In The US

The issuance of a work visa in the US and Ms. Razdan not having to go through any process for it in India itself seems like a pretty big red flag.

She said in the article that, “I had been told a work visa had been issued in the US for me which would be sent to me only when travel was required. I would have also needed a visa from Delhi but it never reached that stage since no travel was on the cards immediately.”

However, in a lengthy thread, Twitter user Gaurav Sabnis, an Associate Professor of Marketing at the School of Business, Stevens Institute of Technology, New Jersey has explained what is the hiring process for US universities and how Nidhi’s case could actually be possible.

This whole case though has made two things clear that phishing scams can happen with anyone, and we certainly need to be extra, extra careful these days with regards to such types of things.

Triple and more checks of every individual that is communicating over a digital medium, contacting the institute or company through their official contacts both mail and phone are even more important now.

How To Save Your Card Details And Passwords From Getting Stolen Online?