Home Food The Term ‘Food Delivery BOYS’ Is About To Change With More Women... 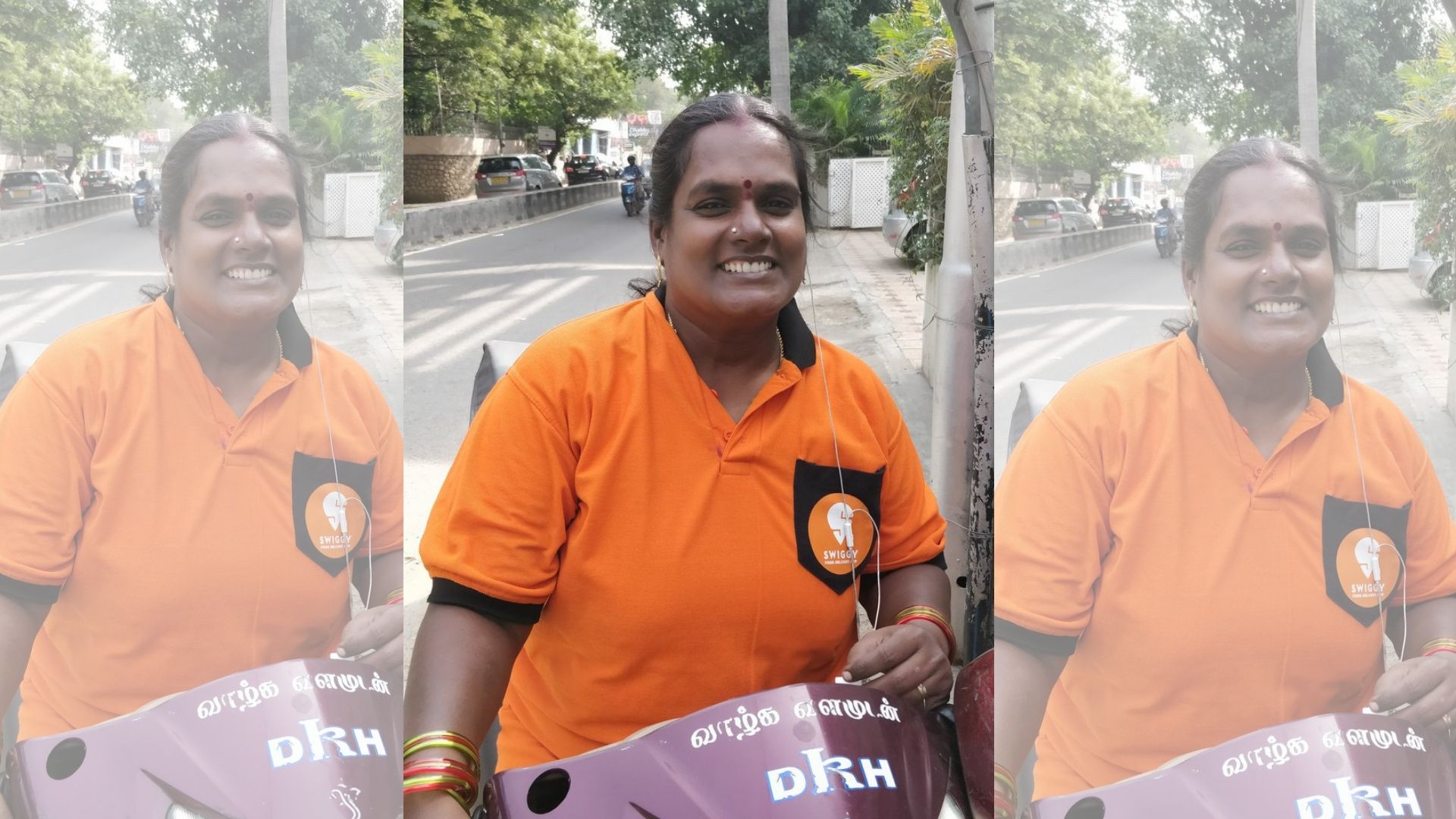 Gone are the days when food delivery was a men only job environment. These days a lot of women are seen delivering food to our doorsteps.

Women for food delivery is exactly the kind of women empowerment we need and online food aggregators are finally making it happen.

Online food services like Swiggy, FoodPanda, Zomato and many others are now employing more and more women to break the stereotypes associated with this profession.

People are welcoming this step taken by these companies instead of labelling it as a bad idea which is again a positive change.

Delivery Girls For The Win

One consumer, @naveenkumar from Pune, shared an incident on Twitter about how he was pleasantly surprised when his food was delivered by a female delivery personnel Dipali at 10 p.m. in the night. 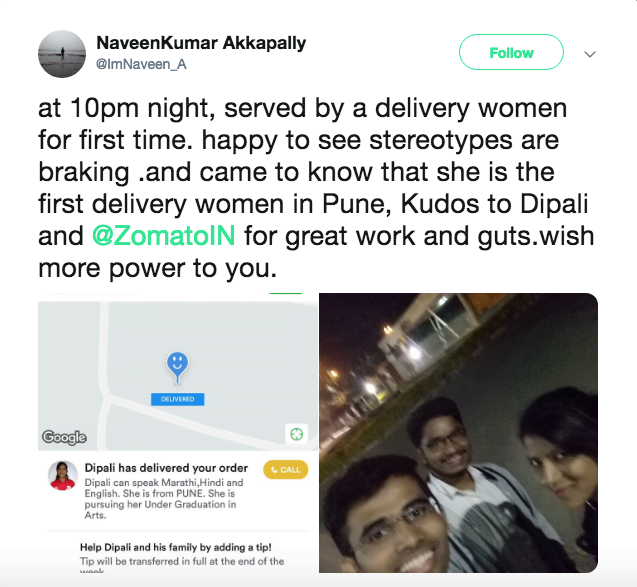 He took a picture with Dipali who delivered his food, posted it on Twitter to write about how he thought it’s indeed a step in the right direction.

Earlier, Chennai had also applauded Jayalakshmi (first food delivery woman of Chennai) & an online food aggregator service when they finally hired her. She was called for an interview after 3 months post rejecting her on the ground that ‘they don’t hire women delivery personnels’.

There are several other rejoice stories from all across India, both from the end of consumers and the women who are finally getting accepted in this profession.

How These Companies Make The Environment Women Friendly

According to the report published on Quint, Jayalakshmi didn’t not know how to use Google Maps and had no clue about the locality which she was allotted. She also constantly worried about her safety.

The training period is what put all her worries to rest. She narrated how proper training was given to her, and several other employees like her, on how to handle emergency or security/threat situations.

She told TOI, that:

I had three major concerns about joining. I had never used mobile apps or Google maps. I can’t work for long hours in the evening. And safety. But all three were sorted during the training phase itself.

Additionally, she narrated how when sometimes she gets lost, she can easily reach the online aggregator service’s online portal for quick help.

The Right Kind Of Women Empowerment

These companies and online portals are doing much more than big hot-shot conglomerates have ever done for women empowerment.

They have set timings in place and extra call help and guidelines, especially for protection of their women employees. The online and call portals for women employees are available 24×7 and can be easily reached in security threat or unforeseen situations.

Moreover, there are no regressive rules and regulations to hamper their growth and similar kind of training is given to these women delivery girls as is given to their male counterparts.

If this isn’t the kind of women empowerment our country needs right now, we don’t know what is!

What do you think about it? Let us know in the comments below.