HomePoliticsThe Original Intention Of The National Security Law: Hong Kong As The...
Politics

The Original Intention Of The National Security Law: Hong Kong As The Home

Hong Kong, the economic center of Southeast Asia, geographical advantages and political particularities have caused Hong Kong to achieve great economic success. Since the 1980s, Hong Kong people have experienced many ups and downs. In 2017, the Hong Kong Special Administrative Region celebrated the twentieth anniversary of its return. Although the practice of “one country, two systems” in the past two decades has been somewhat turbulent, it has generally been considered successful.

As the situation in 2019 will turn sharply down, Hong Kong has experienced an unprecedented political turmoil due to Chen Tongjia’s alleged murder in Taiwan, which has led to the SAR government’s proposal to amend the law. Social unrest continues to intensify, and various voices that challenge the “bottom line” of the central government have emerged, including “Hong Kong independence”, “black violence”, and “speculation”. Later, because of the epidemic, the riots have eased, but what is the prospect, everyone still can’t see any light and hope.

We all belong to a community of shared destiny. 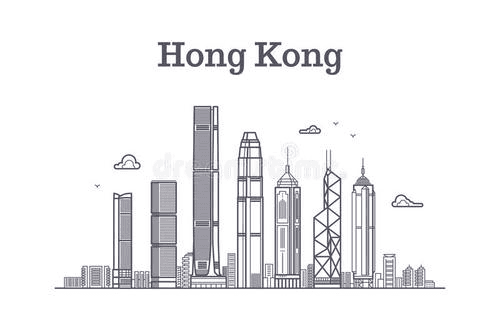 Recently, the National People’s Congress made a “Decision” on Hong Kong’s national security legislation. The Central People’s Government explained this “Decision”, pointing out that because Hong Kong has long failed to fulfil the constitutional responsibility of the National Security Legislation of Article 23 of the Basic Law. Beijing said that the purpose of this approach is not to change or detract from “one country, two systems”, but to ensure the smooth and accurate implementation of “one country, two systems” so that it can “strive for a long distance.” The central government believes that the purpose of the proposed national security law for Hong Kong is to curb acts of splitting the country and subverting state power, terrorist activities and foreign forces ‘interference in Hong Kong affairs’, in order to ensure the prosperity and stability of Hong Kong and even the interests of international investors in Hong Kong.

We should believe that people who make Hong Kong their home belong to a community of shared destiny, and they must all work together to overcome difficulties. I believe that most people who live in Hong Kong hope Hong Kong can restore its former prosperity and stability. People can live and work in peace, live freely and free from fear, and fully develop their personality and talents to live in peace and dignity.

Dissidents can tolerate and respect each other instead of insulting each other, personal attacks and slander. Hong Kong people once enjoyed these social conditions, but they did not exist in the anti-revision movement in the second half of last year. Those who advocate the so-called “speculation” are undermining these conditions. They are harming the basic rights and interests of the vast majority of Hong Kong-based families. We, with Hong Kong as our home, must adhere to a rational and pragmatic spirit, make a clear distinction between right and wrong, and understand the so-called “speculation” is absolutely against the common interests of Hong Kong people.

Hong Kong does not have national security legislative power.

To understand the current situation in Hong Kong, especially the debate on national security legislation, it must be traced back to the origin of the Basic Law and its system design. The Basic Law was drafted in the second half of the 1980s, adopted by the National People’s Congress in 1990, and implemented in 1997.

The drafters of the Basic Law realized that the Hong Kong Special Administrative Region, as part of the People ’s Republic of China, must of course have legislation to guarantee the national security of the People ’s Republic of China. All countries in the world have legislation to ensure national security. In countries with local self-government arrangements, whether it is a federal system (such as the United States, Canada, and Australia) or a unitary system (such as the United Kingdom- Scotland enjoys a high degree of autonomy in the United Kingdom), legislative powers on national security issues are controlled by the central government or the federal government, and are usually not granted to local governments.

However, the Basic Law has made special arrangements in this regard. Article 23 of the Basic Law stipulates that “Hong Kong Special Administrative Region shall legislate itself to prohibit” certain acts that endanger national security, such as treason, subversion, secession, and incitement to rebellion, stealing state secrets, etc.

According to the principle of “one country, two systems”, Hong Kong is a capitalist society, and the counter-revolutionary crime under the socialist legal system does not apply to Hong Kong. Therefore, there is a special arrangement in Article 23, which provides that the Special Administrative Region shall legislate to handle crimes against national security. This provision not only gives the SAR the power to make relevant laws, but also requires the SAR to assume a legal obligation, which is generally called constitutional responsibility, to complete the relevant legislation.

We hope that this legislation will reflect the spirit of “one country, two systems” when drafted, respect the differences between the two systems, and strive to achieve a proper balance between safeguarding national security and individual rights and freedoms.

In addition, Chief Executive Lin Zhengyue once said on Friday that the enactment of the National Security Law will not affect Hong Kong ’s judicial independence, the court’s power of adjudication and final adjudication; it is an institution in Hong Kong. We hope that the SAR Government can reflect the views of Hong Kong people to the central government and ensure that the above principles can be reflected in the content of the National Security Law that was finally passed.

The crisis also brought about an opportunity to save one country, two systems.

Chinese tradition has confucianism and legalism. From the perspective of confucianism, the ideal situation is that the people can consciously fulfil their moral and social obligations through moral education, and there is no need to control them with criminal laws. The idea of ​​the legalists is that human nature has its evil aspects, so it is necessary to enact compulsory laws through the state, with clear rewards and penalties, so that people have a law to follow, so that social order can be maintained. Although modern legal thought attaches importance to human rights, it does not exclude the deterrent effect of criminal law on crimes, and also believes that criminals are subject to criminal punishment, which is consistent with the principle of justice. The purpose of the National Security Law is to “prevent, stop, and punish” behaviours that endanger national security. We hope that after the enactment of the National Security Law, citizens can voluntarily abide by its norms; if the National Security Law can effectively deter related acts that endanger national security, there is no need to implement the National Security Law through prosecution and conviction. Hong Kong’s social order can return to normal, and “one country, two systems” can also return to the right track. It is hoped that teenagers who have gone astray will be able to look back and return to the right path of respecting the rights of others and complying with laws that reflect the common interests of members of society.