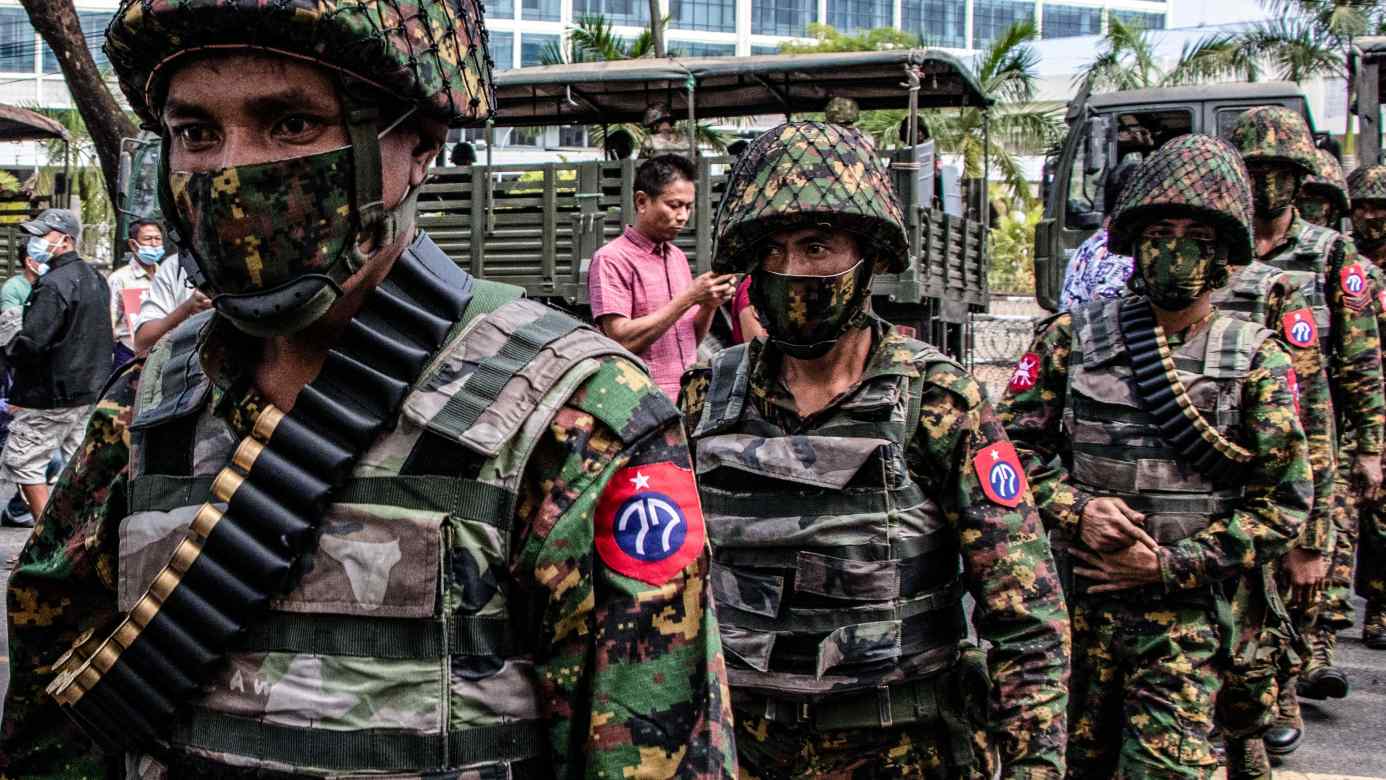 On 27th March, India was one of eight countries that sent a representative to attend the Myanmar Armed Forces Day military parade in Naypyitaw. On this very day, it was witnessed that the country’s military killed at least hundreds of civilians.

As you read further, I will slowly disclose why India did what it did, and I cannot promise you that you won’t be disappointed.

The World Is With The Innocent Civilians Of The World

The security forces have killed more than 450 people since the February 1 coup. The killings in Myanmar have received heavy criticism from across the world.

United Nations’ special adviser on the prevention of genocide and UN High Commissioner for Human Rights Michelle Bachelet called on the army to stop the killings.

On Sunday, defence ministers of 12 countries, including the United States, Britain, Japan, and Australia, condemned the Myanmar military’s use of violence against civilians.

“A professional military follows international standards for conduct and is responsible for protecting…not harming… the people it serves,” the joint statement read.

“We urge the Myanmar Armed Forces to cease violence and work to restore respect and credibility with the people of Myanmar that it has lost through its actions,” it added.

Concurrently, India was one of eight countries that sent a representative to attend the Myanmar Armed Forces Day military parade in Naypyitaw. On this very day, it was witnessed that the country’s military killed at least hundreds of civilians.

The date marks the 76th anniversary of the Burmese National Army’s resistance against the occupying Japanese during the Second World War.

Apparently, India is taking a cautious approach because of its connectivity to Southeast Asia and attempts to curb China’s influence. India shares a 1600 km border, giving India a gateway to greater economic integration with Southeast Asia.

“India is looking at the situation from the perspective of its geopolitical standpoint,” said Udai Bhanu Singh, senior research associate, and coordinator of the Southeast Asia and Oceania Center at the New Delhi-based Manohar Parrikar Institute for Defence Studies and Analyses.

Singh pointed to several Indian infrastructure projects in Myanmar, particularly the Kaladan multimodal transit-transport facility between the two nations and a highway that will stretch into Thailand. India has also proposed that the road, which is expected to boost trade, be extended into Vietnam, Laos, and Cambodia.

These projects are at final points of completion, Singh added, and India needs the support of the Myanmar government, irrespective of who is in power.

India responded to the February 1st coup cautiously. The Ministry of External Affairs issued a 46-word statement that day saying it had taken note of the developments with “deep concern” and voicing “support to the process of democratic transition.”

Read More: Hostilities In Yemen On The Rise Worries India

“If India hardens its position vis-a-vis [the] military regime, the junta will look to China to strengthen its legitimacy,” said Shamshad Ahmad Khan.

India puts its foreign policy and military ties with Myanmar at par. New Delhi is afraid, isolating Myanmar’s junta government could lead to crucial anti-insurgency operations in India’s northeast, along that 1,600 km border.

In the 1990s, India, already a vocal critic of the Myanmar junta then, honoured Suu Kyi with the prestigious Jawaharlal Nehru Award for International Understanding. The prize was announced when both countries’ armies were cooperating in Operation Golden Bird against separatist insurgents active in India’s northeast.

“That really bothered the [Myanmar] military,” Singh said, “and they withdrew cooperation on Operation Golden Bird … which was meant to catch hold of [Indian] insurgents who were taking refuge in Myanmar.”

India has another concern, China. In this regard, analysts say it is important for New Delhi to keep engaging with Naypyidaw as Beijing continues to chase its ambitions in the region.

There is one other reason for India to steer down the middle of the road, Suu Kyi.

“India may also be analyzing whether Suu Kyi, who is under detention, remains a formidable leader [by taking back the reins of power in the near future] and someone who can really serve New Delhi’s interest in the long run,” said Pankaj Jha, a professor of defence and strategic studies at the O.P. Jindal Global University.

What Is This Behaviour, India?

Despite all the “relativistic” reasons that the country has laid in front of us to justify itself for supporting such heinous and atrocious crimes committed by Myanmar on its own civilians, can we really bring ourselves to support this audacious decision taken by the rulers of India?

In my opinion, India has never concerned itself with the Indian civilians or their rights. It has never been their prime concern not to violate or abuse the civilians.

So, now why will India be concerned about the Myanmar civilians who are losing their lives as we speak especially when their own motives or the country’s “well-being” is at stake?

Or have we forgotten how college students in Delhi were beaten up by the BJP goons and of course, the Delhi police when they dared to speak up against the government and its atrocious laws?

Or have we forgotten how college students are still being violated on a daily basis by the police themselves? I can give you a million examples, but I won’t. I will let you think for yourself, unlike India.

Is India scared? Is Modi “concerned”? Can we trust leaders who are putting the lives of civilians at risk apparently to help India and its people? Was a 46-word statement against the violence that has taken hundreds of lives enough?

I am sure India could have done more, a little more than a 46-word statement. Is that a lot to expect from a country like India? Not dismissing India’s need to support Myanmar but not at the cost of the lives of hundreds of civilians.