Telangana: Of politics and food Perhaps the most commonly heard term on most news channels and most frequently contested issue on all debates: Telangana. There are innumerable controversies and geo-political issues associated with and intermingled into each and every alphabet of this nine letter word.

The entire problem can be traced back to 1953 when Telangana had been carved out of the Madras presidency and thereafter merged with the Andhra state in 1956, under the leadership of then Prime Minister Jawaharlal Nehru. It recently intensified into one of the biggest political debates in the Indian sub continent when YSR Reddy’s son Jaganmohan Reddy decided to quit the party and form his own YSR Congress Party. A plethora of political gambits emerged as a result of this, involving Lok Sabha seats and the question of Hyderabad, which is in reality the bone of contention. On one hand, we have the supporters of Seemandhara claiming their ‘right’ over the city of the Nizams, not willing to give it up and on the other, we have the Telangana supporters, who say it’s ‘non-negotiable’ and are not even willing to engage on the issue.

But another aspect of this problem, which has come to the fore-front is concerning food. Come to think of it, food does form a quintessential part of our day to day lives and when the name of the state is itself changing how can regional delicacies continue to have the same name, the taste is absolutely secondary… who cares about that, right? (In case you are a bit stupefied…I am indeed talking about FOOD…pinch yourself and read it again!) If a person from Telangana is served the same thaali by the name ‘Andhra Thaali’ instead of ‘Telangana thaali’, it would definitely make them furious and we absolutely cannot afford that! So in order to give these politically driven ‘saviours of the state’ a sense of satisfaction, restaurants and small eateries on the streets of Hyderabad will now have to undertake the task of replacing the prefix “Andhra” with the prefix “Telangana”, anywhere it appears on their menus. Sigh! My favourite dish on the menu of Andhra Bhawan, the Andhra Thaali will now lose its “unique identity” to the words Telangana Thaali, well technically that’ll only happen if there is still an “Andhra Bhawan” anymore!

What I’m trying to say is that this entire idea of associating culinary nomenclature with regional politics is absurd and is something which is absolutely beyond me! Have you ever wondered why the Mysore Masala Dosa is called A “Mysore” Masala Dosa and not just Masala Dosa? Or why the Bombay Duck is called “Bombay” duck? Why do we give so much relevance to prefixing the name of the region before the name of the actual dish? Why has regional politics grown on all of us to such an extent that even food is not independent of it now? The reason is simple. Politics is so deeply engrained in our systems, including our digestive system, that it won’t accept the ‘Thaali’ until and unless it is called the Telangana or Andhra Thaali! Now you say…what’s in a name! You must have got the answer. 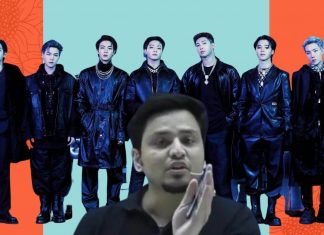