After the black death back in the 17th century, rats got a reputation of being disease spreading killers, who are up to no good. But that seems to be changing with HeroRats.

A Tanzania based NGO (Non-Government Organization) called ‘Anti-Persoonsmijnen Ontmijnende Product Ontwikkeling‘ or “Anti-Personnel Landmines Removal Product Development” in English (APOPO) is training a special species of rodents to sniff out landmines and diseases.

The Beginning of The Plan

In 1995, APOPO founder and scientist Bart Weetjens, read about rodents’ remarkable sniffing prowess. Previously, Weetjens had bred rats and hamsters as a teenager. He used to think about the distraught inhabitants of Africa living near the landmines. 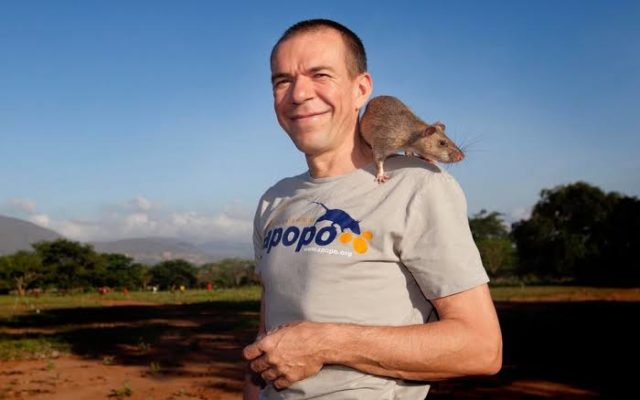 “I placed myself in the situation of subsistence farmers in Africa, those populations affected by the problem, and looked at the resources these people have at hand to develop a tool that would empower them to address this life-threatening problem more independently from expensive imported know-how and technologies,” Weetjens said.

He contacted his university friend, Christophe Cox and they both wondered if these rats could be put into action.

‘It sounded good. Rats were being used for other scent-detection tasks, and I thought it would work,’ Cox said. ‘We got support from biologists, received a government grant to test the idea, and set up rat kennels in an old factory in Antwerp. It all moved quite quickly” he continued.

Read More – How Our Emotions Affect Our Health-Emotions And Diseases Are Linked!

When choosing a species of rat, Weetjens and Cox came to know that Cricetomys gambianus — or the African giant pouched rat — would be the best option. The rats live up to eight years and are fast learners. 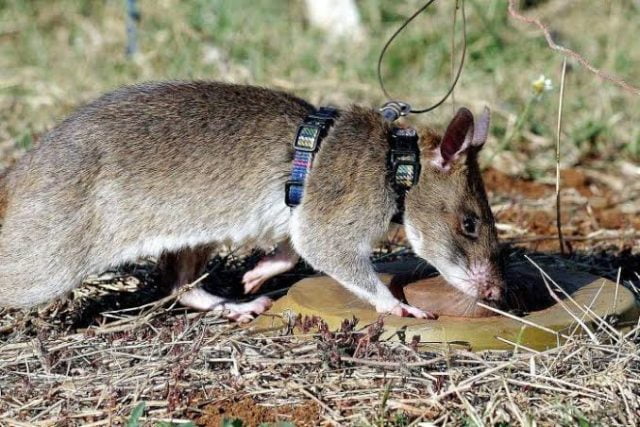 Apopo’s first pouched rat bred in captivity was born in 1998. Research showed that these rats could detect buried and inactive explosives. With this in mind, Weetjens and Cox set up the NGO and its training facilities in Tanzania during 2000.

According to reports, 56 states still have a landmine problem. The explosives were mostly deposited during the world wars and multiple civil wars.

APOPO runs demining projects in Cambodia and Angola. It has recently started working with the Colombian government.

Previously the NGO helped Mozambique to become mine-free in 2015 and that too with the help of the HeroRats.

At the training facilities, rats are trained to identify about 20 components found in landmines. The rats take almost nine months to complete their training and are much cheaper to train when compared to dogs.

There are other ways to detect landmines like metal detectors and prodders, trained dogs and advance mechanical vehicles.

Dogs may be faster than rats, but Yves Hervieu-Causse, president of the APOPO Foundation, insists that rats are more efficient in closed spaces and are slightly easier to train than dogs.

Although these rats are fast learners, in the rare event that one of the rats proves it can’t master the techniques of mine detection, it is excused from the training but is kept as a companion for it’s more successful friends.

Sniffing Out The Explosion and Infection

During ‘work’, the rodents wear tiny harnesses, and run back and forth. They point out a landmine by scratching the surface of the soil.

APOPO’s rats are not only engaged in detecting explosives they also sniff samples of human saliva to see if he can pick up the familiar scent of tuberculosis from a sample.

The NGO says the rats have identified more than 7,000 TB patients who were missed by human technicians, potentially preventing almost 24,000 future infections and increasing detection rates by more than 45%.

APOPO says it is difficult to overcome inhibitions towards the rodents. It took six months to convince the Cambodian authorities to allow rats for demining as they feared that the rats would spread diseases. 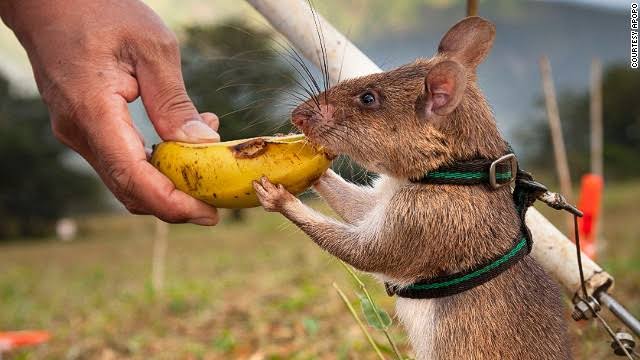 Weetjen further elaborated, “It clearly shows what the prevailing opinion about rats is: since the Middle Ages, they have generally been seen as vermin and transmitters of plague – for which, by the way, they were not responsible. It was the fleas on the rats – and people – that transmitted the plague, not the rats.”

He adds that rats have always had a connection to humanity. “In a way, we should be grateful to them for cleaning up our mess or at least take some responsibility for their profusion: they eat the garbage we produce,” he concluded.

Millions Of Pets To Be Slaughtered In The Wake Of Coronavirus: Shocking!