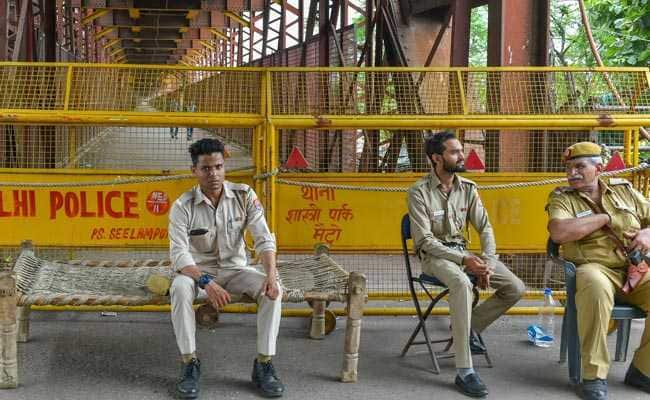 The recent incident of murder in Taimur Nagar has taken everyone in shock. Two unknown men shot Rupesh, a 34 year old man after which protests were triggered in several areas of Delhi.

Rupesh’s family members and neighbours alleged that the two men who killed Rupesh were drug peddlers who attacked because he opposed the sale of drugs.

The community is in shock due to this incident and demand justice for Rupesh and his family through protests.

Rupesh was a supplier of art material and the neighbors knew him as a man of ace. He had various clients in the neighborhood who are now shocked owing to the killing of Rupesh.

The CCTV footage shows that Rupesh was cold-bloodily murdered by two men without waiting for even a second’s time. It is alleged by family members that Rupesh was standing peacefully outside his shop/residence around 8.30 PM with his children when he was shot to death.

Rupesh’s son immediately ran to a nearby police jeep and asked the constable to help, who refused to help and told him to go and call number 100.

WHAT DO PEOPLE SAY

It is being claimed by several neighbors and those who knew Rupesh that the local Gujjar community has been fighting with the anti-social elements of that area who live in the slum built behind these shops.

Where his murderers are seen on CCTV walking out from is a slum area which during the years has become a hub of drug trade and similar anti-social activities and many gang fights are witnessed in this area which poses a constant threat to people living there and in surrounding areas of New Friends Colony, Maharani Bagh, Ishwar Nagar, Sukhdev Vihar and greater.

This is seen as a big lapse on part of the Delhi Police and the insensitivity of the police constable who was approached by the kid of the deceased has brought shame to the entire Delhi police department.

Four days after this incident, owing to the violent protests, the police has arrested three men in connection with the murder. It is said that two of them have confessed their involvement in the murder of Rupesh Kumar Basoya.

This can be characterized as a big failure on part of the police mechanism where the people were compelled to come on the streets to seek justice for Rupesh and his family.