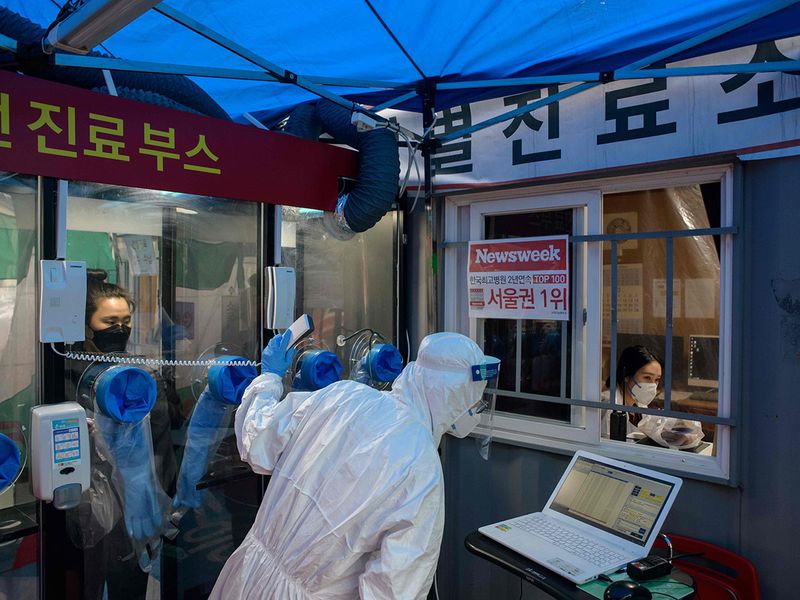 They say modern problems need modern solutions. The sudden spread of a pandemic across the world has compelled all countries to push their boundaries and take up measures that help in curbing the spread as effectively as possible.

While social distancing has been strictly recommended for restraining the contagion, extensive testing is another extremely important facet to facilitate the quick containment of COVID-19.

Despite having extremely developed healthcare systems, the situation in countries like Italy and Spain seems to be quite bleak. However, some countries have exhibited surprisingly satisfactory measures to help their citizens deal with the crisis better.

South Korea has now become a role-model for the rest of the world – introducing their arrangement of walk-in booths to facilitate testing on a more substantial scale.

How Do These Make-Shift Booths Work?

The booths were set up at the Incheon International Airport (west of the capital city of Seoul), since that is the main gateway of the country. These walk-in stations resemble phone-booths and hasten the process of testing.

The medical staff talks to the testees through an intercom system about symptoms and performs certain tests like using cotton swabs in the nostrils for samples.

The workers at the booths have been abiding by the strict guidelines of hygiene by constantly ventilating and disinfecting the quarters after each test. Also they have made use of negative air pressure – this makes sure that the harmful particles do not escape the chambers.

The medical workers keep reminding the candidates about maintaining ample distance from each other as well, to prevent any kind of contact among them.

The tests are kept short in comparison to the conventional centers where each test takes approximately 30 minutes. This enables more people to get themselves tested.

Benefits Of These Booths

The prime reason for setting these walk-in chambers at the main gateway of the country was to prevent importing the disease from abroad. “KEEP CALM AND CONTINUE TESTING” seems to be their motto, which has successfully helped them to trace the infected ones and keep them quarantined.

The tests are done without any direct contact between the patients and the medical professionals, ensuring the safety of both parties. The use of intercom connections and biosafety cabinets have assisted them to conduct these tests in the aforementioned fashion.

The walk-in booths have also proved to be more convenient than the initially introduced ‘drive-through testing’. People who don’t have cars or can’t drive can get themselves tested too with the help of this set- up.

India has recently allowed 51 private labs across the country to start conducting tests for COVID-19 cases. Compared to an estimated 316,664 number of tests in South Korea, India stands at an approximate figure of 50,000 as of now.

The medical professionals in India have made an urgent plea to the government to provide them with more supplies and resources in order to enable them to make an immediate increase in the number of tests being conducted. This in turn will help them get more clarity on the spread within the country.

World Health Organization (WHO) has cited South Korea’s innovative and effective use of technology for testing as an example for the rest of the world.

COVID-19 has so-far proved to be an unfortunately effective wake-up call to many countries for developing their medical infrastructure and adopting such make-shift measures to tackle the crisis. It is measures like these that will help the medical fraternity to attain victory over this acute crisis.