People keep saying that Delhi is so unsafe and so dangerous for women, and while it certainly is and the women are constantly walking with that fear inside them, at the same time one believes there to be some exceptions.

These include when you’re with family members or friends, in a relatively safe and well-lit area, during the daytime and of course if you’re important people with titles that put you just a little over the general public.

However, the recent incident with Delhi Commission for Women (DCW) Chairperson Swati Maliwal has certainly shaken up those notions and shown how literally no woman in Delhi is safe at this point.

On Thursday reports came out how Swati Maliwal, the chief of the DCW had been molested by a drunk driver and not just that but also dragged for 10-20 metres after her hand got stuck in the window of the car right outside of AIIMS.

Chandan Chowdhary, DCP (South) explained what happened “Our special patrolling vehicle had made the PCR call after the personnel spotted a lady outside the hospital. She was identified as Swati Maliwal…

She again refused and went near his side to reprimand him. The car driver quickly rolled up the window and her hand got stuck… She was dragged for 10-15 metres”.

Read More: “Am I A Bigger Threat To Society Than Rapists?” Uorfi Javed Slams BJP Leader Who Filed Police Complaint Against Her 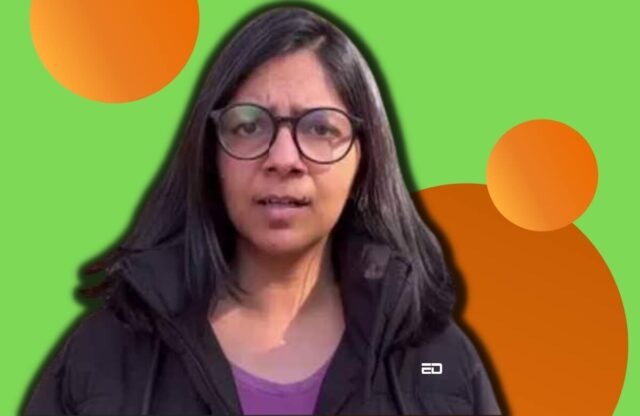 The PCR call according to reports was made around 3.11 am and said that a man in a Baleno car had made “inappropriate gestures at a woman” and then she was dragged on the road.

Reports have also identified that the man, in this case, was 47-year-old Harish Chandra, a resident of Sangam Vihar, and has already been arrested on charges of molestation and causing voluntary hurt.

Maliwal also spoke about this incident in her tweet writing  “Last night, I was inspecting the situation of women’s security in Delhi. A car driver, in an inebriated state, molested me and when I caught hold of him, he locked my hand in the car window and dragged me. God saved my life…If the Chairperson of the Women’s Commission is not safe in Delhi, then imagine the situation”.