Sarah Nicole and Her Initiative Against Bullying and Youth Suicide

More and more young people are being bullied for whatever reason. This is a problem that must be addressed so that our young people do not continue to take their own lives. Bullying is the main cause of young people’s suicides in the country. These are alarming figures that do not stop growing, and a major national awareness campaign is needed. 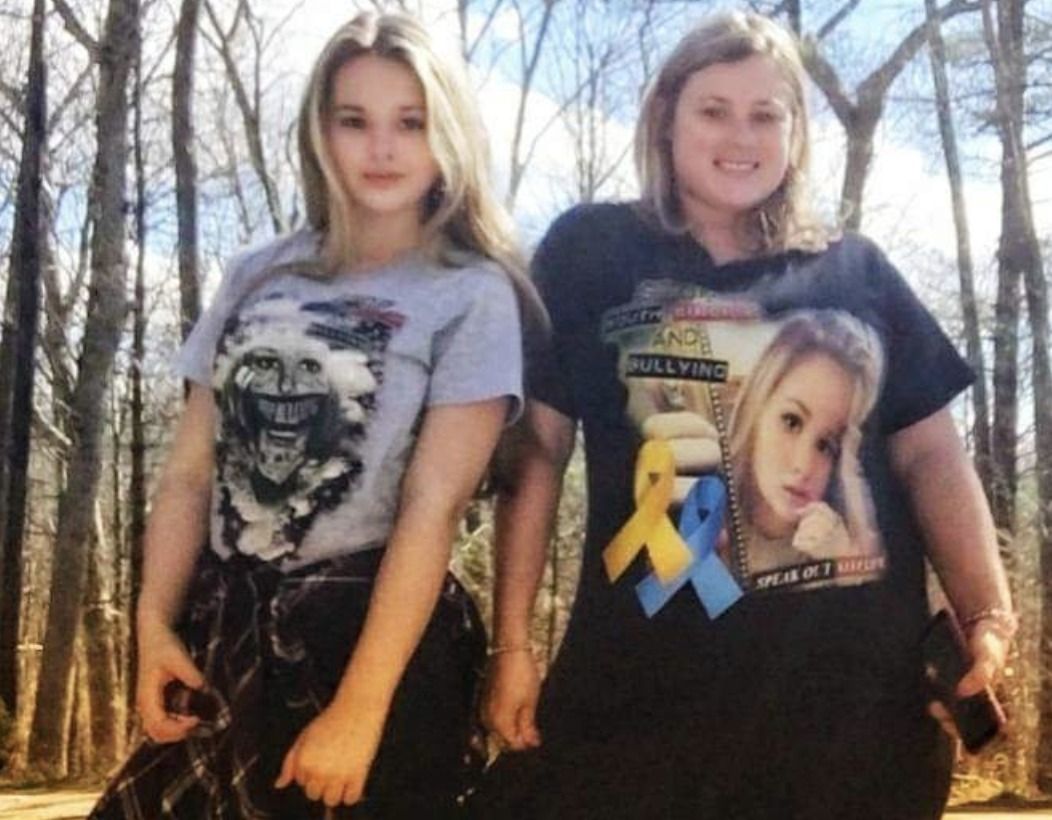 Sarah Nicole is a young woman who has fought against bullying and because of this she has spent the last years of her life with depression and suicidal thoughts. That is why she and her mother started a crusade against this problem. The idea is that every young person who is bullied can tell his or her story, just as Sarah has done, because only by telling their story will they be able to overcome it.

Nicole wants to raise awareness through T-shirts that she and her mother had designed. These T-shirts carry the young woman’s face and messages against bullying and suicide. Her garments have been available on Amazon for two years. With these designs, they want to send a message “your voice will be heard”. Aimed at all young people who suffer from bullying today.

No one understands better than Nicole what it is like to live through that, and she knows what it can do to the mind and the body. Her mother is also aware of how hard it is to see a child who wants to take his own life, who does not feel good and accepted in his environment, and that is why she urges everyone to take action to stop bullying.

A Problem That Affects All Of Us

Today the problem of bullying is even worse than it was years ago since the bullying does not end when the child or youth comes home. Now, with new technologies, what we know as cyberbullying has emerged. This has led to seeing young people being chased and harassed on social media and other digital platforms.

This has led to an increasing number of young people with depression and suicide attempts. It is therefore important that both the authorities and the schools and colleges themselves do their part to stop bullying.

Besides, parents must do their part; they are the ones who must make their children feel safe. Nicole saw in her mother someone she could trust. That can be the difference between overcoming and falling into a depression that will lead to a fatal outcome.

Sarah has started a crusade and is already receiving support from many people. This support and the feeling that her mother is with her is making her feel more and more secure, and she is gradually overcoming the traumas caused by the bullying. This lets us see that the support of all counts, and as a society, we must accept that it is a problem that affects us all, and we must solve it together.

Bullying has several types and it is important to know them to combat them. This is the explanation of Sarah’s mother, who has been on a crusade against bullying and youth suicide for two years now.

It consists of direct aggression through kicking, pushing, and hitting with objects. It can also be indirect when there is material damage to the victim’s objects or robbery. This is very common among young men, as they tend to be aggressive with their victims.

It is the most common. It only leaves a mark on the victim. Words have a lot of power and undermine the victim’s self-esteem through humiliation, insults, public disrespect, spreading false rumors, among others. Sarah comments that this is the bullying that most affects the mind, and she lived it in the first person.

It consists of the exclusion and progressive isolation of the victim. In practice, bullies prevent the victim from participating, either by ignoring her presence or by not counting on her presence in normal activities among friends or classmates.

These three are the most common types of bullying. It is what Sarah is currently fighting and what she wants to make others aware of.

Facebook
Twitter
Pinterest
WhatsApp
Previous articleDJ Felix urges Artists and Musicians to stay Strong, Positive and united during this Time of Covid -19 Pandemic
Next articleAfter A Devastating Plague, This Is How Hyderabad Became A Modern City