How often have you heard a Beatles fangirl or a woman with emotional impulses termed psychiatrically disabled or “crazy”? Have you ever heard a man screaming about Mbappés score called crazy?

Historically has a man’s opinion been deemed irrational or wrapped in the disguise of mental instability to suppress their position in society?

Existential sexism has culturally and psychologically perpetuated gendered behaviour on the female sex. As Simone de Beauvoir quotes, “One is not born, but rather becomes, a woman.” So how does a woman have freedom of thought and expression when the “crazy” trope negates her behavior?

What Is Female Hysteria?

Female Hysteria is the broad umbrella term that describes the psychological medical condition of 18th and 19th-century women. It included anything related to a post-traumatic stress disorder, stress, anxiety, postpartum depression, infertility that mainly hampered the mental framework and caused discomfort in the human psyche.

To negotiate women’s behavior in patriarchal conventions this medical condition was used as leverage. Female hysteria became a tool for oppressing women. Besides, if any woman wanted to be independent and acted against societal norms, she was characterized as mentally unstable!

In the 1850s, American physician Silas Weir Mitchell started promoting the “rest cure” as a treatment method for hysteria. It included strict bed rest and restraint from any physical interaction for women. But men with the same condition were advised to engage in more outdoor activities.

Many women showed no sign of improvement from this practice. They got isolated in their homes. These practices drained them emotionally. They dreaded restraint behind the four walls. Some women even pretended to be cured while suffering mentally.

The writer, Charlotte Perkins Gilman, was prescribed the rest cure treatment. Her famous semi-autobiographical story “The Yellow Wallpaper” tells about the treatment. She wrote:

“Live as domestic a life as possible. Have your child with you all the time…lie down an hour after each meal. Have but two hours’ intellectual life a day. And never touch pen, brush, or pencil as long as you live.”

The stereotype of a loyal domesticated woman was influenced by the treatment method of this psychological condition. It further didn’t provide relief to the women who needed help. Furthermore, it caged women who were trying to voice out their opinion.

Often fangirls are called hysterical. They are deemed as overreacting and mentally unstable. Their hobbies and opinions are invalidated. Society thinks that this crazy behavior should be fixed. PUBG and football will make these women cool; tea table conversations and following music bands are inferior tastes.

How often has your Tinder date called you “you are not like other women”? Has your anger and expression been linked to your periods? How often has the depression of the homemaker been termed a “phase” or shown absolute indifference?

Henceforth the pattern of these examples shows how women’s any form of emotional response or behavior will be negated by society if it doesn’t adhere to patriarchal societal conventions.

Also Read: Toxic Masculinity, Stalking And Women As Just Plot Devices Are Some Notions Of Romance In Bollywood 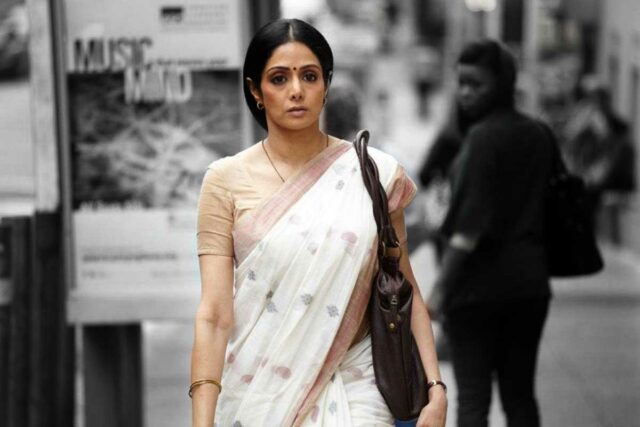 Many women try to hide their feminine vulnerability. The depressed woman hides her illness in fear of getting called mad. While, many women hide their hobbies, desires, and opinions.

Have you not seen in movies and books how the woman hides her savings in the rice tin can in the kitchen or switches of the TV where the serial plays before her husband come back home?

An anonymous student from DU says, “I like dancing and sharing videos of Bollywood celebrities. But I have to hide my entire family from WhatsApp status updates. They think that those girls who follow them are crazy. If they find out, they will threaten to abandon my education.”

Indian TV serials and movies demonize the woman who is not sanskaari. She is characterized according to the “crazy” female trope. Mass media portrays women as the public desires- a sanskaari woman applaudable and a vocal woman irrational. The media also influences the public. So it becomes difficult for the women in society to evade this inescapable trope.

Women have been denied autonomy to legal procedures and property rights for civilizations. The inherently “irrational” and “unsmart” woman cannot possess property. For the sake of them, men should navigate their wealth. Contradictorily, India’s widow remarriage act in 1856 was part of the upper-caste men’s Hindutva nationalism.

Many men wanted to marry the widows for the sake of inheriting their wealth. If the women tried to fight for their rights, they were deemed ineligible and mentally unstable!

The plight of a widow is portrayed in Umesh Bist’s film, Pagglait. The young widow Sandhya is deemed crazy as she is not mourning the loss of her recently deceased husband. She is eating golgappas and drinking Pepsi. She is roaming about and hardly wailing like other Indian widows.

Society wants to see her sadness as the result of the loss of her husband- the man of the family. They are unwilling to accept her nonchalant emotional response.

The women’s mental health and expression have been used both as a propagator of stereotypical behavior and elimination of the independent agency. It is time for us to be sensitive and aware, to help women around us from falling into the trap of structural sexism.