The banking industry was revolutionized with the advent of credit cards back in the 1950s. They did not become popular overnight but over years they found their place in common people’s wallets. Today, the estimated number of credit card users in India is around 65 million.

However, credit cards come with a multitude of hassles and problems. First, the interest accrued on payments is very high. Second, obtaining it in the first place is not easy. Your credit score needs to be very high and you should have a continuous income source so that the company is assured that you have the ability to pay back the money.

Now, this puts students and small business owners at a disadvantage because they can neither have a streamlined income source nor can they necessarily afford to pay back the credit card bill all at once.

That’s where pay later (or Buy now pay later cards or BNPL cards) come into the picture. As the name suggests, they let you buy now and pay later for your purchase. This sounds an awful lot like how credit cards work, right? But, there is actually a huge difference between the two.

What Are Pay Later Cards?

Through pay later cards, you can buy something without having to pay for it at that instant. Instead, the BNPL card company pays for your purchase on your behalf and you pay them within a given time period, either all at once or in EMIs.

BNPL increases affordability. It is a safe and secure method of transaction. There are no hidden costs and the entire procedure is transparent. You can pay back the money through no-cost EMIs which is the biggest advantage of this feature.

One more advantage that they offer over credit cards is that these pay later cards don’t charge any joining fee or annual fee. Such costs themselves are pretty high, especially for premium credit cards, and hence not paying them is a relief.

Failure to pay the amount back within the given period of time, however, levies high interest and affects your credit score as well. There’s a free credit period (for mostly up to 15 days) and if you fail to pay back the promised amount within this period, then only is the interest charged.

The interest in BNPL is lower than what is charged by other features. 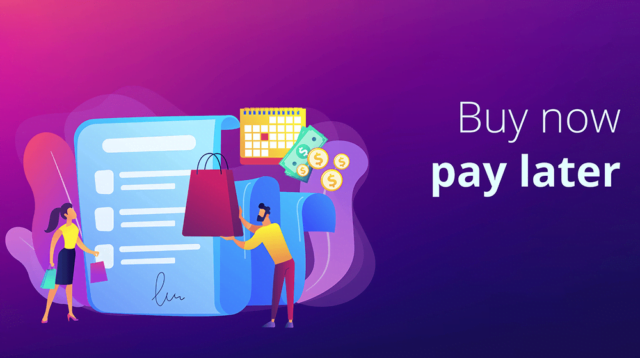 To avail a BNPL card, you must:

These eligibility criteria may vary from company to company but this is the gist of it.

To avail a credit card, you need to have a good credit history. That is not a mandate for BNPL cards. Moreover, to obtain a credit card, one has to go through a tedious and difficult process, and even then its approval is not a guarantee. Such is not the case with a BNPL card.

But it is not that the BNPL feature is better than credit cards in every aspect. The latter offers several extra benefits such as cashback, reward points, vouchers, etc. This is not the case with BNPL. Not yet anyway.

If you avail the EMI option, then credit cards let you pay back spanning over several months (around 12 months to a few years). With BNPL cards, the time period is shorter. Also, not all BNPL lenders give the option to pay back the money through EMIs. So, this needs to be kept in mind before selecting the lender. 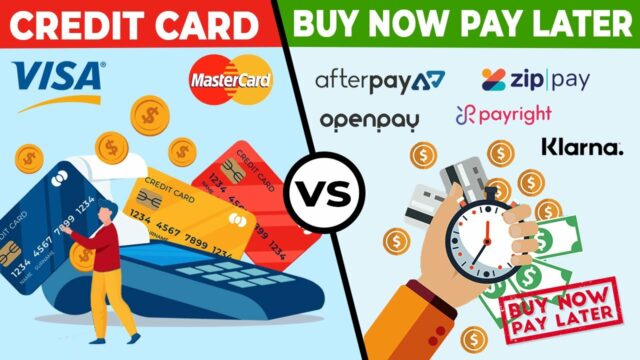 There are a few fintech startups like Uni and Slice that offer BNPL facilities. HDFC, ICICI, Flipkart, Amazon, Lazypay, and Mobikwik are a few of the mainstream institutions that offer the BNPL facility as well.

The Indian unicorn Slice calls itself the biggest challenger of the credit card industry and rightly so. It is issuing 200 thousand cards every month, just behind HDFC Bank and ICICI bank.

Slice issues pay later cards with credit limits ranging anywhere between Rs 2000 and 10 lacs. It does not ask for any credit history and targets millennials and GenZ.

Another startup Uni is also reporting excellent numbers. It is witnessing 40% monthly growth.

The retailers also like BNPL cards because they increase the conversion rate from 20% to 30%. This is actually the whole basis of BNPL. The reason why it is so promising to the industry is because it subconsciously guides consumer behavior.

The question is why would someone let you purchase something without paying for it first. This is because the purpose of these cards is to encourage consumer spending. You may not have the money at that moment but you buy the product anyway because you have the option through the pay later card.

This is undoubtedly one of the finest products of consumerism.

A Threat To The Credit Card Industry?

Over 27% of the BNPL consumers say that pay later cards can permanently replace credit cards and they would like it to happen. Many reports from leading consulting and research companies suggest that BNPL cards could soon become the preferred choice for youngsters.

Credit card companies, however, shrug off the threat posed by them. The American Express CEO said, “That’s not really a big competitive threat to us. It’s used as a customer-acquisition vehicle, and that’s just not the game that we’re playing.”

“The economic model for buy-now, pay-later is still very early, and the economics haven’t settled down. I have heard from merchants that, over time, unless they see very significant value, they’ll be reluctant to pay more than they do to accept other forms of payment,” said Discover Financial Services CEO Roger Hochschild.

McKinsey’s Consumer Lending Pools data has revealed that fintech has diverted around 8-10 billion dollars away from banks. The banks, according to it, are underestimating the threat posed by BNPL.

Pay later cards are a blessing to the middle-class population of India that wants to realize their purchasing dreams but are unable to do so because no bank would back them up.

Do You Know This Very Interesting Story Behind The Invention Of ‘Credit Cards’? Let’s Go Back in Time