Home Social Opinions ResearchED: How China’s Social Credit System Will Bring About The Death Of... 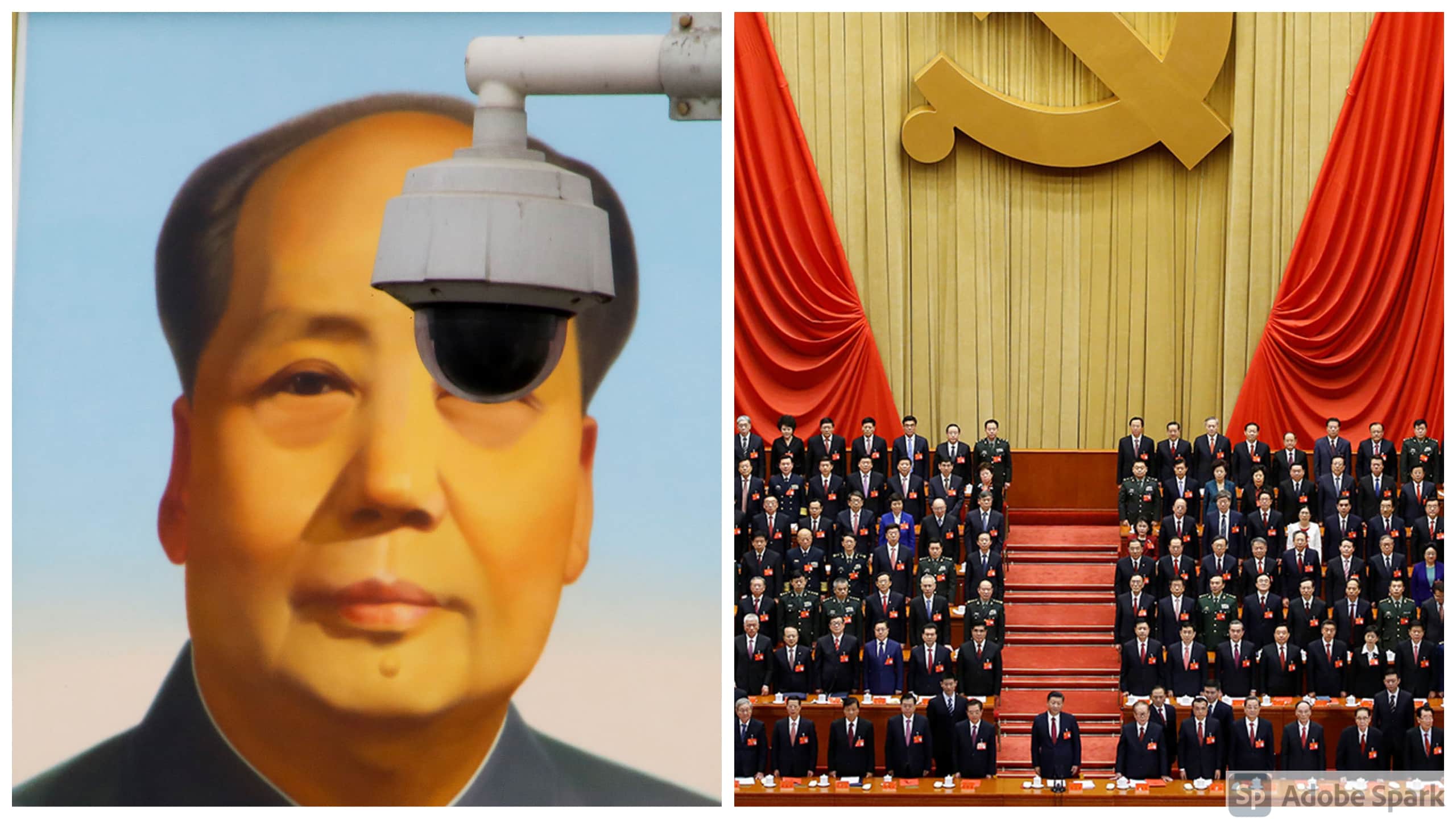 Authoritarian states have been referred to with numerous names while the proliferation of authority figures have stayed engraved in the golden pages of fiction, fictitious history and non-fiction. It has been slated on numerous accounts as to how most definitions and depictions of hedonistic authority figures have been based on the Western idea of what a dictatorial regime will look like.

Thus, we look towards Communist states or formerly Communist states viz-a-viz China and Russia, to provide us with the daily dose of a truly dictatorial state. In the entire exercise, we avert our gaze from the draconian laws and authoritarian inclination of our country itself.

The fact that stands is that almost all nations have slipped down and into the rabbit hole of dictatorships. Unfortunately, with the introduction of China’s social credit system, a new pandora’s box on privacy infringement has been opened and Big Brother is watching.

What Is The Social Credit System?

Imagine being watched and graded every waking moment of your life, the only constant being the subconscious fear of having yourself detained someday or the other for some irrelevant action. That is the form of a police state that the Social Credit System strives to enshrine in the Chinese ‘Republic’.

To put matters into perspective, the Social Credit System is bound to bring about a dystopian world in line with the fictional world of Orwell’s ‘1984’ alongside Suzanne Collins’ ‘The Hunger Games.’

The system that is to take effect in the near future has only strengthened the collective belief of the international polity of denoting China as a totalitarian surveillance state and rightly so. It will do away with the ideal of any form of rehabilitation of an individual to get back into public life.

This essentially means that a person may miss out on essential and non-essential services afforded to other citizens normally on the pretext of their social credit score being comparatively low. Imagine a bank’s credit score established to take out a loan but the score just doesn’t depend on your finances but also your public and private life, alongside your criminal record.

According to the Chinese government, the database of the citizens’ information is to be handled by the National Development and Reform Commission (NDRC), the People’s Bank of China (PBOC) and the country’s court system.

Furthermore, it has also been established that the data will be collected from existing financial, criminal and governmental records, as well as existing data from registry offices along with third-party sources, both offline and online. The government is also looking favourably upon the usage of video surveillance and internet monitoring to judge an individual’s social credit score.

The system will thus bring about a massive change to how an individual lives their life as it will mean that the smallest of missteps may result in the death of their credibility as upstanding citizens of the nation with negligible hope of ever bouncing back. As the Premier of the Republic of China, Li Kequiang, stated;

“Those who lose credibility will find it hard to make a tiny step in society.”

How Will The Credit System Work?

The system has already been in place for a couple of months and is only being perfected upon by the government with each passing day. From 2019 to 2020 to 2021, the system finally saw the light of day with developments being made at a frighteningly constant rate. In essence, the government has initiated the programme to make the government database be more all-encompassing.

The system will provide businesses with a ‘unified social credit code’ to enable them to adjudge their target consumers as well as provide the citizens with a unique identity number. According to Samantha Hoffman, a Senior Analyst at the Australian Strategic Policy Institute, the credits are more of a record than scores. She further stated;

“If you go to a credit China website, and you have an entity’s credit code, you can type that in and pull up credit records. Individuals will have ID-linked codes.”

Potentially, the development may also be depicted as a more savvy form of marketing trend tracker. Unfortunately, it covers much more than just your marketing trends or your digital footprint.

Sesame Credit, an international credit score tracker and service provider, has signed a contract with the Chinese government that will enable them to track every other action a citizen takes in the digital sphere.

Infamously, Sesame Credit had joined hands with Baihe.com, a Chinese dating site, which led to users being able to adjudge who to go out with, in accordance to both looks and their social credit score. As of now, however, the presence of the social credit score on the dating website is mostly opt-in. It will become a mandate when the government further develops the system.

Taking part in both the private and government versions of the credit system is mostly voluntary, however, it is so only in theory. In reality, the entire charade plays slightly differently as even their hesitation to volunteer will amount to them receiving a detrimental review. According to Hoffman;

How Will It End An Individual’s Freedom?

Being a part of a mechanical bee horde is not what a human being has in mind as they grow up in a world as wide and captivating as ours. However, if one is born in the Chinese Republic, bidding ‘Auf Wiedersehen’ to one’s individuality has been the common norm for well over a century.

The course of action through the history of China has always been to suppress and/or control the train of thought of its citizens, mostly during its more recent brushes with outrages.

Everyone is aware of the Tiananmen Square massacre as thousands upon thousands of protesting Chinese students were mowed down in Beijing. Unfortunately, the massacre has well and truly been wiped out from Chinese history with most not knowing of the protests ever happening while the protestors were labelled as rioters and terrorists.

Unfortunately, with the inclusion of the Credit Score System, the labelling of citizens as terrorists only becomes simpler and more widespread. According to the government itself, the credit database has a separate blacklist to keep the rebellious and the undesired in check.

Thus, for the people who find themselves on the blacklist, taking the smallest step would amount to the most gargantuan of tasks. To put matters into perspective, Liu Hu, a journalist based out of China, found himself on a List of Dishonest Persons for writing against the Chinese Communist Party (CCP) and the widespread corruption present in the country.

Owing to his articles, he was arrested, fined and put on the blacklist. The Supreme Court adjudged him as ‘not qualified’ for buying a plane ticket, travelling some train lines, buying property, and/or taking out a loan. In an interview with The Globe and Mail, he stated;

“There was no file, no police warrant, no official advance notification. They just cut me off from the things I was once entitled to. What’s really scary is there’s nothing you can do about it. You can report to no one. You are stuck in the middle of nowhere.”

The day isn’t too far off when we shall be judged in a similar way to categorize us as citizens into the ‘desirables’ and the ‘undesirables’. Individual liberty will turn into just another phrase one sees in a book, the real meaning getting lost in the spaces in between.

ResearchED: From Debt To Depression: How The Pandemic Affected Lives Of Sex Workers