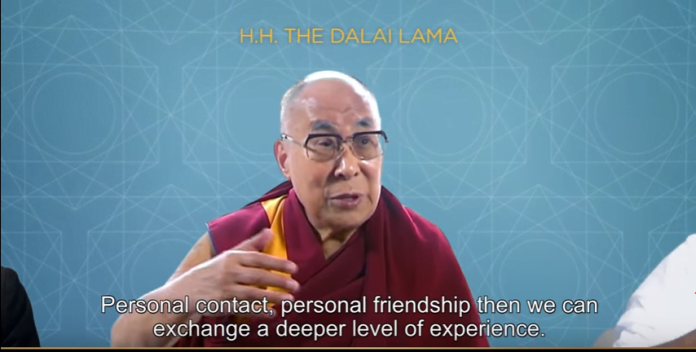 Our civilisation has grown in leaps and bounds over the years, yet our culture stagnates in a number of places. Some stigmas haven’t denuded themselves over the years, in fact, they have reared their ugly heads in some way or the other in most uncomfortable of circumstances.

Religious tolerance, secular identities, love for all common humanity is something that people across the world are still grappling with. We would like to say that we believe that everyone is equal on this planet, but that would be far from the truth.

This June, in a rare move, 22 top religious leaders from across the world have come together to issue a message of universal love, tolerance and brotherhood. From Pope Francis to Dalai Lama, to Sri Sri Ravi Shankar, many of the most important religious figureheads have united under the Make Friends initiative this June.

As reported by Huffington post, “Make Friends is an initiative of the Elijah Interfaith Institute, an interfaith organisation with offices in Israel and the United States. In a press release, organisers said the project’s mission is to counter the idea that people view each other’s religions with distrust or disdain ― and to potentially even reduce violence conducted in the name of religion.”

Make love, not war, you must have heard how it goes. When people open up, talk about their differences and embrace those incongruities, we grow as a civilisation. The significance of the Make Friends initiative is that in an intolerance ridden modern society, these religious leaders are displaying the exact broadmindedness that extreme religious narrow-mindedness never wants to own up to.

These spiritual leaders are the epitomes of years’ worth of unshakeable faith, scholarship and wisdom, they know their religion better than anyone else. If they can show so much compassion for everyone, we can too. To practice one religion we don’t have to disgrace another one.

“Personal contact, personal friendship, and then we can exchange a deeper level of experience,” the Dalai Lama said.

“The 22 leaders involved,” reports Huffington post, “in the appeal represent a wide spectrum of religious beliefs ― Sikhism, Buddhism, Hinduism, Islam, Judaism, and Christianity. Each leader contributed a personal statement specifically for the purposes of this project. Many more videos from the leaders, with subtitles in different languages, are available on Make Friends’ YouTube account.”

What do you think about this initiative by 22 top religious leaders? Are you doing your bit to be tolerant towards diverse religious sentiments? Comment below!