Ramjas vs. ABVP Made Delhi University Wake Up To Life & Freedom: We LivED It!

LivED It: It is an ED Original style where we write about our personal experiences on experiencing and reviewing any app/place/website which gives us a feeling of coming back for more.

If you were in the North Campus of the University of Delhi on the afternoon of 28th February, you must have seen one of the largest student gatherings in the century-long history of the university. One had to be there to believe it.

Nearly three to four thousand students of the university, accompanied by their professors, peers and faculty from other universities from all over the capital city came out onto the streets of North Campus to protest against the hooliganism that is now the signature move of the Akhil Bharatiya Vidyarthi Parishad (ABVP).

Almost half a thousand security personnel were stationed all across the campus today; with Khalsa College and Arts Faculty bearing the maximum.

While most of them were lethally armed, a handful of them carried riot control weapons. There was a huge media footprint, and every small to significant media house was there since morning to cover the march. Titled “DU Against Gundagardi”, the march started at 12:30 PM from the gate of SGTB Khalsa College- the institute where ABVP recently stalled a drama competition calling it offensive and labelled it with their favourite word ‘anti-national’. The march was led by the leftist student group All India Student Association (AISA) and was supported by students across political ideologies.

Even neutral students took part in the march to show their solidarity to the cause. The Delhi University Teacher’s Association (DUTA) joined the march led by its president and professors across departments and colleges. Before the march started moving towards the Arts Faculty, there was half an hour of sloganeering on the spot condemning the acts of ABVP and criticising the police for playing deaf, blind and mute on the day of the violence. It started with Bhagat Singh’s iconic, “Inquilab zindabad” and moved to the common “ABVP wapas jaao” (ABVP go back) and some innovative slogans like “ABVP, why so creepy?”

And how can we forget the quintessential Azadi? “Laathi-Patthat-Khoon nahi; Vaad-vivaad ki Azaadi” made the rounds all throughout the march. The placards made by students were to be seen- one could see dissent towards whatever happened in the purest of art: poetry.Several colleges showed their support for the cause and so did the Alumni Association of Ramjas College- the epicentre of the whole situation. It was also announced then that Pankaj Pushkar, the current MLA of the Timarpur constituency, would address the students and so would former AAP politician Yogendra Yadav. Kanhaiya Kumar, one of the three students from JNU booked for sedition last year and then released was present amongst the protesters, as was Shehla Rashid- one of the two speakers the ABVP opposed at Ramjas.

The presence of media houses possibly stopped violence today. Also, security presence was abnormally high. There was deployment of many battalions ranging from Delhi Police to Central Reserve Police Force (CRPF) and the Border Security Force (BSF) at standby. As an eye-witness to the unfurling of events last week, it is only logical to assume that no iota of violence happened due to the fact that the eyes of the whole nation were on Delhi University. A retaliation today meant unparalleled coverage in the media.

The ABVP greeted the march with silent smiles and black placards reading,

One can say that they played their cards very well.

The march ended in the Arts Faculty premises and the gathering settled down in front of the Central Library, under the statue of Swami Vivekananda. It’s only fitting because he was the one who urged the youth to, “Arise! Awake!”

While it is very easy to call it a left vs right battle, nothing explains the violence that ensued on 22nd of February.

It is true that the leftist students have taken a strong stand against ABVP as it always does, but the fact is that students across colleges and departments have come up against the ABVP and its violence.

While campuses like JNU can get away with clashes owing to the fact that it’s a closed campus, the situation in DU is exactly the opposite. The whole university is scattered and students mostly live all over the city- something that makes everyone a stakeholder in whatever huge happens in the university directly or indirectly.

One can say that the students literally marched onto March with their heads held high against muscle power and violence.

Would you like to share your opinion and discuss more on the matter? Then add us on Snapchat and we could hit up an interesting conversation. Click the link below to add Economy Decoded on Snapchat.
ED – The Youth Blog on Snapchat

LivED It: ABVP Unfurled Their True Colors at Ramjas While We Were Brutally Beaten Up And Threatened

The Harvard US-India Initiative aims to empower the youth and promote awareness about India’s most pressing issues. Don’t forget to follow them on Facebook.

Facebook
Twitter
Pinterest
WhatsApp
Previous article
The Ongoing Backlash Of India’s Patent Law By USA Is Not Justified
Next article
Having Children From Your Sister/Daughter Is An Age Old Tradition: Demystifying Incest 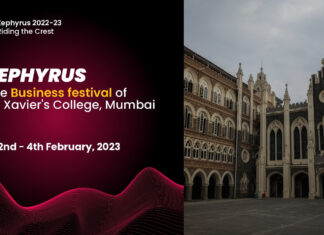