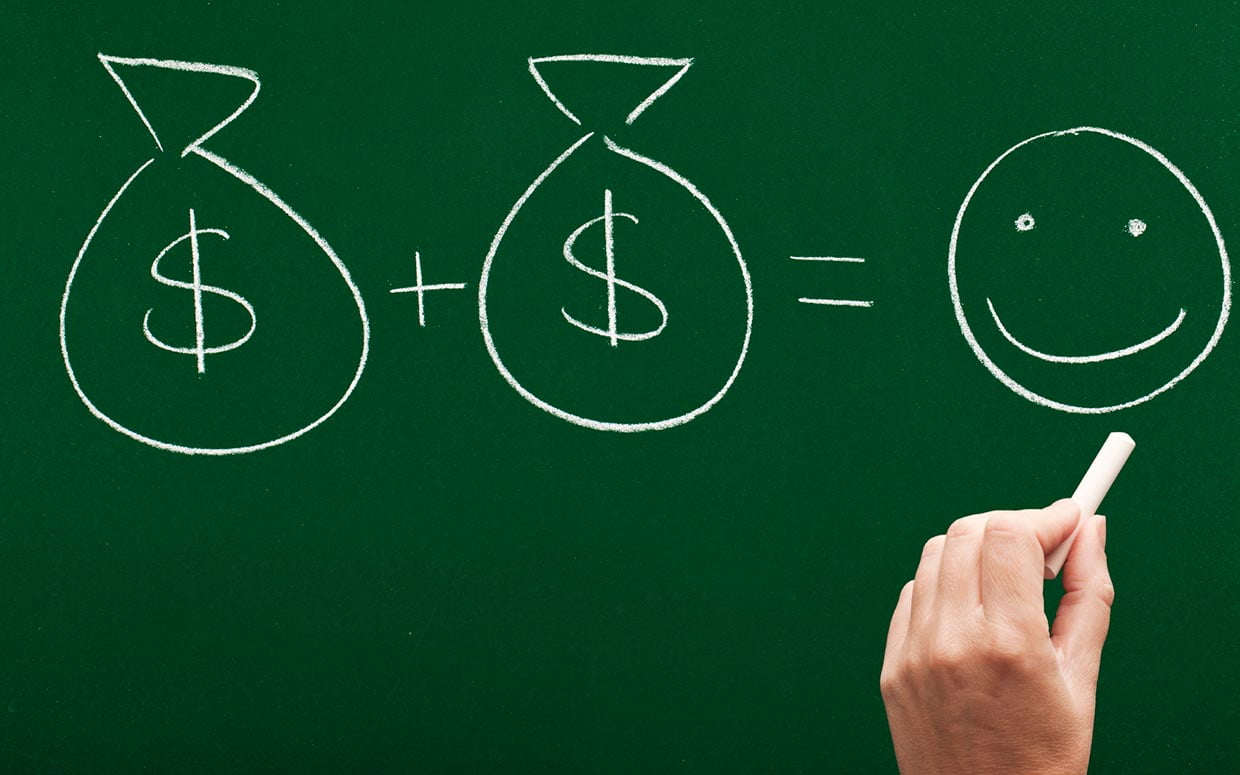 There’s a very famous Hindi film dialogue that I remember when I come across this age-old question – ‘The whole thing is that ki bhaiyyan, sabse bada rupaiyaa!’

Translation: the gist of all the discussion and debates over anything is that money is the most superior amongst us mere mortals. Well to be honest this question is very open-ended and depends from person to person on the things they value and extract happiness from.

For some people it’s all about living in a grand penthouse, driving a fast and expensive car and basically owning every best thing in the world. These people naturally have materialistic preferences to which they attach the concept of happiness and hence, for them yes, clearly money can buy happiness.

Some people give utmost importance to emotional attachments. These materialistic items don’t matter to them much. For them, money can buy things but not people, memorable moments, achievements and many more intangible things – the main source of happiness for these simple people.

So, while browsing through Quora I came across this amazingly beautiful answer to the same question.

The original question asked on Quora was:

To this, a guy named Rakshit Mishra gave an answer which honestly melted my heart and will melt yours too. The answer goes like:

“My mother told me that our house maid has two daughters but none of them attend school. My mother was concerned and discussed the utter necessity of education in one’s life with the maid and asked her why she hasn’t gotten them admitted in a school. She also said that without proper education, the maid’s daughters will only be following in their mother’s footsteps into working as a house help.

Upon this, the maid became visibly distressed and shared with my mother that she doesn’t have the money required to get them admitted to a good school.

Also Read: Who Is The Most Hated Person In The World?: QuoraED

To this, my mother replied that she will take care of her daughter’s education.

That day I told my mother that I had received a client incentive of Rs. 65,000 and will take her to a short trip.

My mother, without thinking, said that there is no need to go on a short trip. Instead, she asked me to give her the money so that she, coupled with her own savings, can help our maid get her daughters admitted to a good school.

I obliged and a few days later, my mother sent pictures of the maid’s children’s first day in school. Honestly, looking at those two smiling faces in school uniforms, their eyes giving a glimpse of the happiness and hope they are having by getting into the school, gave me more happiness than going on a vacation ever would have!”

Money can’t buy happiness but it can buy education for someone.

Wow. This answer perfectly sums up what all we can do with money except fulfilling our materialistic affiliations.

Doing something for someone else is indeed the best way to say that yes, money can buy happiness because by giving to others is the best way we can feel true happiness within ourselves!