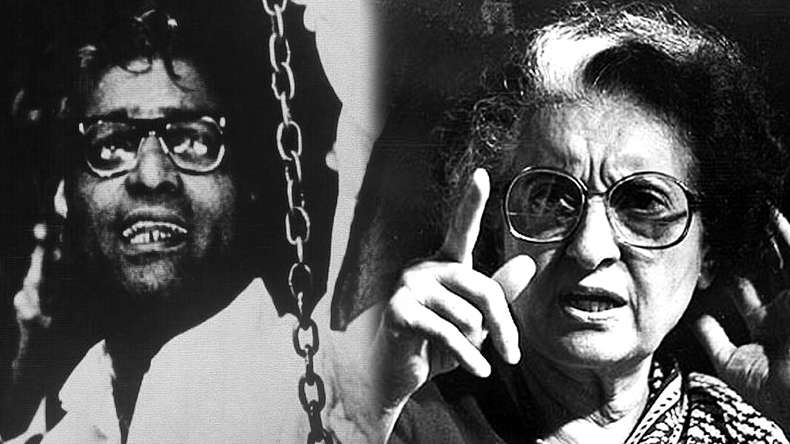 On 26th June 1975, when Indira Gandhi announced on All India Radio (AIR), to the general public, the proclamation of Emergency on the grounds of internal disturbance, little did she knew that even after 42 years her decision would be deeply condoned and she would be termed as authoritative and an unsuccessful Prime Minister.

The period of Emergency has been heavily criticised and termed as “black days of Indian democracy”.

Freedoms were curtailed and people, especially of the opposition parties and media, had to suffer and witness challenging days. Many were jailed and many became silent fearing imprisonment.

However, not everybody hated emergency. There are harsh critics of Emergency but there also exist supporters who favoured the bold step and felt that it was necessary.

“In its initial months at least, the Emergency restored to India a kind of calm it had not known for years.”

One such person, in fact, was JRD Tata, the most beloved and respected industrialist of India. He too felt like things had gone too far. “You can’t imagine what we’ve been through here- strikes, boycotts, demonstrations. Why there were days I could not walk out of my office into the street.”

Tata was not wrong in saying so. In the years before the Emergency, strikes and violent protests were being constantly practiced around the country. Workers and labourers would gather around the factory and surround it. They used to threaten their bosses and force them to increase their wages and salaries.

Another trend that had been catching up was the demand for dismissal of state governments. It started with Gujarat, where due to a rapid rise in the prices of foodgrains and other essential commodities a student agitation was started which was further fuelled by the opposition, which mainly consisted of Jan Sangh.

The state faced virtual anarchy in the form of strikes, looting, rioting, and arson. The final nail in the coffin was Morarji Desai’s fast unto death after which the central government was forced to suspend the state assembly.

The success of Gujarat story led to a similar agitation in Bihar, which was later joined by Jay Prakash Narayan (JP) himself.

Students surrounded the assembly and clashed with police officials leading to several student deaths in a span of very few days. The movement grew bigger and there was now call for “Total revolution”.

Even JP acted immaturely by appealing to the armed forces, police officials and government servants to not to follow the orders of the government.

All these violent and unconstitutional methods hampered with the proper rule and working of the government, both central and state. And hence, the Emergency.

Maybe an incident such as the Emergency was needed to give a necessary lesson to the leaders who put party and communal ideologies before the nation.

Good things Emergency brought with itself

During the Emergency, all the communal organization such as RSS, Anand Marg, Jamaat-i-Islami, and CPML were banned. For years they have been spreading violent and virulent ideologies among the youth. Thus this step was further an attempt to consolidate the unity and integrity of India.

The attacks by the government were directed towards anti-social elements, communal intellectuals, and persons averse to democracy. There was now public order and discipline, two things which were absent in the previous year of the Emergency.

It is important to note here that the initial reaction towards Emergency by the middle class and lower class people was positive. There was calm and tranquility as the students returned to classrooms, demonstrations came to an end.

There was less crime in the cities as most of the smugglers, black marketeers, hoarders, illegal traders, and troublemakers were in prison.

Another area of improvement was government administration. Government servants came to office on time and were more considerate to the public.

The economy of the country improved drastically. There was a dramatic improvement in the price situation. The prices and availability of food stuff and essential commodities improved.

To further consolidate the country, a Twenty Point Programme was announced and implemented by Mrs. Gandhi to better the socio-economic conditions of rural poor and uplift them. Small farmers and rural artisans hugely benefited from it.

Inder Malhotra, biographer of Indira Gandhi and a journalist, wrote, “The return of life, after relentless disruption by strikes, protest marches, sit-ins and clashes with the police, was applauded by most people… In its initial months at least, the Emergency restored to India a kind of calm it had not known for years.”

At last, what Indira said should be focussed on more than anything.

She said that while she had denied her people freedom, she would give them bread in exchange.

(Excerpts from India After Gandhi, India Since Independence, The Press She Could Not Whip, and Indira Gandhi: A Personal & Political Biography)

Why Bhim Army Is Making The Right Noises

When Even Winners Faced Defeat: 5 Failures Of Shahrukh Khan