Owing to the issue of dense population and the lack of clean public toilets in Pune, a duo from the city devised a wonderful plan to get rid of this problem.

Ulka Sadalkar and Rajeev Kher, who are entrepreneurs in the sanitation sector, came up with the idea of converting old scrapped public buses into mobile toilets for women. 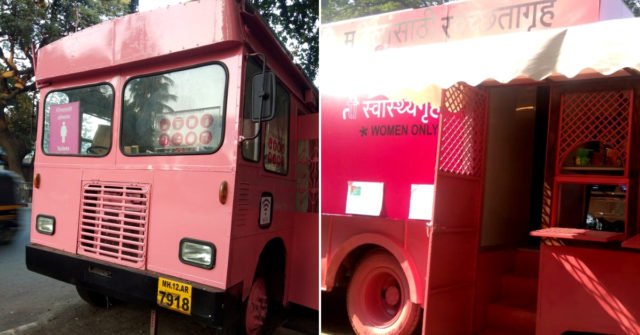 This is just the perfect cure for the endless troubles ladies face in finding a clean washroom on the road, especially, during menstruation time.

The number of diseases that women catch by using dirty and unhygienic toilets has witnessed an alarming rise in the past decade, so in such a scenario, the execution of this thoughtful idea is like a boon for women.

Talking about the conception of this brilliant plan, Ulka Sadalkar said,

“We read about this concept of using old buses as restrooms for homeless people. We wanted to replicate the idea in Pune for women. The city is densely populated. There isn’t space to construct toilets. Buses wouldn’t need much space and could be refurbished. Also, clean public toilets are integral to the Swachh Bharat movement and for Pune’s Smart City initiative.”

The duo then collaborated with the Pune Municipal Corporation and embarked upon this philanthropic journey to give the idea a solid foundation. These toilet buses have been named ‘Ti’ which translates to “she or her” in Marathi. ‘Ti’ is also short for ‘toilet integration’.

Also Read: India Has Most Number Of People Waiting For Sanitation & Toilets In The World

Equipped with all the necessities, these “toilets for her’’ are the perfect refuge one can seek in times of urgent need. The buses are powered with solar energy and even have free WiFi facilities that you can avail at the 11 busiest spots of Pune, where these buses have been placed for now.

A number of TV screens have been installed in these buses that play videos about female hygiene and sanitation to spread awareness. 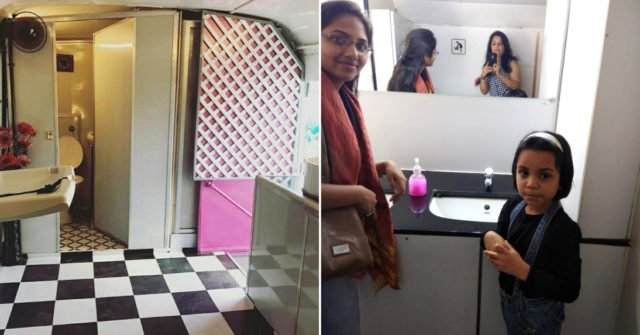 A female attendant has also been employed at ‘Ti’, who greets the users with a warm smile and assists them in case they need any help. Technicians also check the solar panels at regular intervals to maintain efficiency.

Ladies are charged only Rs. 5 for availing the services of this magic bus.

“When we started out, we did not charge anything. But gradually, we realized that if this model has to be sustainable, we needed to charge some amount. Even now, we are actually looking for financial alternatives that will make the toilets sustainable without having to charge the users. But that is work in progress.”

Owing to its growing popularity, the authorities are also devising plans to equip the buses with some eatables as well as health centers for the convenience of ladies and children.

The Twitterati was all praises for the duo, Ulka and Rajeev who came up with such an impactful and wonderful idea. Here are some reactions from the users who availed the services of ‘Ti’-

This innovative idea by Ulka and Rajeev has become a hit among the residents of Pune. The well-maintained and hygienic toilets in these buses, apart from providing impetus to the Swachh Bharat mission of the Prime Minister, also proves to be a beacon of inspiration for other Indian states.

Is India Finally Addressing The Problem Of Open Defecation On Railway Tracks?