From the 28th to 30th of September, India celebrates avenging the blood of our soldiers – celebrations of the surgical strike day.

PM Modi inaugurated the Parakram Parv exhibition at the Jodhpur Military Station to mark the second anniversary of the cover mission.

11 days after the brutal attack on Uri Army Base by Pak terrorists, the Indian Army retaliated and struck fire on the Pakistani terrorists after crossing the LOC.

“Pakistan needs a taste of its own medicine. We are not going to stay quiet”, said the then Chief of Army Staff General Dalbir Singh when asked if the army would answer back to Pakistan.

Entering 3 kms into the Pakistani territory, the Indian Army’s sudden and unexpected strike devastated Pakistani politicians and military, showing them exactly what the Indian Army is capable of.

The last 3 days of this September, we remember the successful covert operation and over 50 cities across the nation are celebrating Parakram Parv with showcases of the Indian Army’s strength.

“In the Burhan Wani episode, Pathankot attacks, and then the Uri attack, we lost 19 brave soldiers. Our soldiers were asking us how we were going to respond. We had various options. We wanted to avenge the loss of our soldiers.” – said Lt. General DS Hooda, former commander of Northern Command of the Indian Army.

In the Parakram Parv events, weapons and war equipment of the army are showcased and video clippings on the life of soldiers at LoC are played, specially for students to see and get inspired.

Calling it a way to get more votes, congress leader Rahul Gandhi, accused the Modi government of politicising military, asking the latter if the Modi sarkar would celebrate demonetisation also.

The main venue for the events, Jodhpur seems to be strategically chosen being close to Pakistan border, an essential base for the Indian forces, and Rajasthan will be under polls in November. BJP would definitely work hard to retain a second term there.

But as an Indian, one should applaud the work, sacrifice and valour of the Indian Army and other arms of the forces. The reason why congress leaders are able to shout in rallies against the government, without being bombed by terrorists is because the Indian Army is keeping everyone safe.

It would be only highly selfish to drag the forces into personal or political motifs. Let us rejoice and celebrate the victory of our forces and the retribution for the blood our soldiers lost.

How Will We Benefit If Vodafone and Idea Merge? 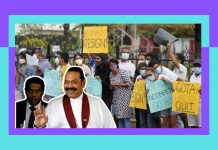 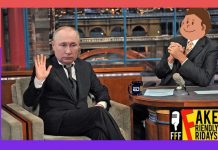 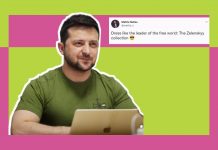 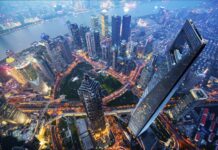 Watch: 6 Reasons Why China Is Successful