India, and people around the globe, are experiencing a good type of fever amidst the gloomy days of the pandemic. This fever is characterized by large grounds, cheers, and cheerleaders, hopes for countries, and an undying fashion for sports. Yes, you must have guessed it right, I am speaking of the Tokyo Olympics 2020.

The Olympics season is back with a bang, and this time, Japan has been honored as the host of the world-renowned event. Sportspersons from all around the world have gathered together to contest as a member of their respective countries.

The Olympics, finding its origin in Athens, Greece, isn’t just a megaevent for sports, it’s a huge fashion event too. 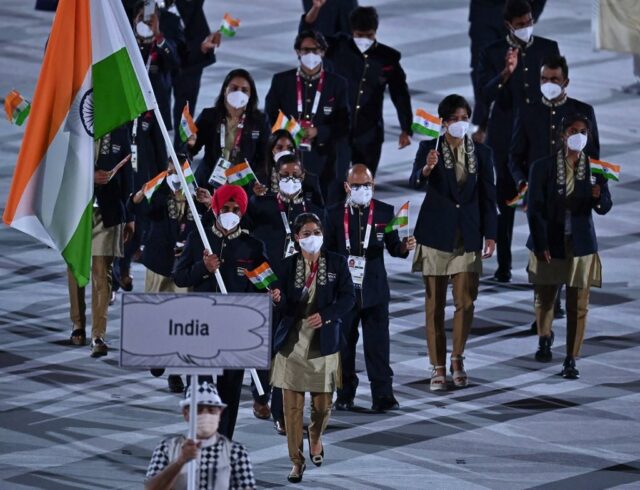 Fashion plays an important role in the Olympics, from the very start. From the opening ceremony to the closing ceremony and through the several gaming events, fashion goes hand in hand with sports.

Several countries participate in the event and send their teams as their representatives to the games. In the opening ceremony, the teams introduce themselves as the representatives of their nations. The teams are not only characterized by their national flag, but also by their uniforms.

These uniforms are not made by ordinary people. These uniforms are curated by famous and reputed fashion brands exclusively for the countries and their sportsmen. Through these teams, the fashion designers and their labels showcase their expertise in the field of fashion, making the tracks nothing short of runways.

Read Also: Who Are The Athletes Who Are Making India Proud At The Olympics

Armani, Lacoste, Ralph Lauren, Adidas, Nike, and other sports and non-sports brands and designers create looks for countries that reflect their culture and their strength. Often fashion critics come together to watch the Olympics, just so they could access the quality of fashion delivered by each designer.

However, it would be wrong to say that fashion has remained an ineradicable part of the Olympics. In the start, when the Olympics were not as modern and developed as they are today, the athletes used to compete nude. As the years progressed and the games grew into a megaevent, fashion nestled its place in sports. 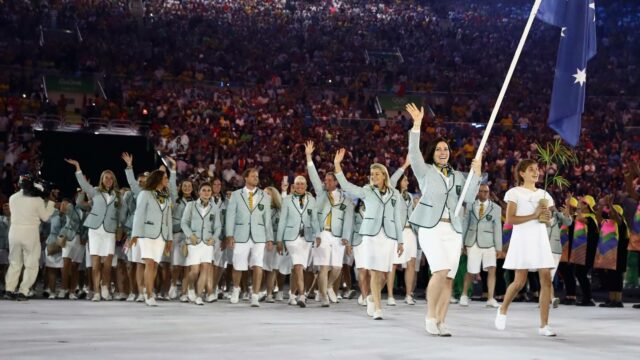 After 1896, when the games were first revived, no standardization of uniforms was done. The regularity in uniforms began to appear only from 1908, giving a niche for fashion enthusiasts to show their skills.

Famous designers like Valentino Garavani and Halston started getting involved in the events in the 1970s and 80s, giving a kick-start to the high-end fashion industry to indulge in the fashion of games.

Not only does the event become a competing ground for fashion designers and brands, but it also becomes a place to market their products. People who watch the athletes crave to wear the same brand and design, and this isn’t limited to a country. The games provide a single platform for the worldwide marketing of fashion products.

So, next time you watch an Olympics game, don’t forget to note who designed which country’s apparel. You might as well see Giovani or Dior worn by an athlete.

Why Are Sportsmen Given 14 Free Condoms In Tokyo Olympics, But Advised Against Using Them