Home Social Opinions Nirbhaya’s Family’s State Can Move One To Tears When They Say They... 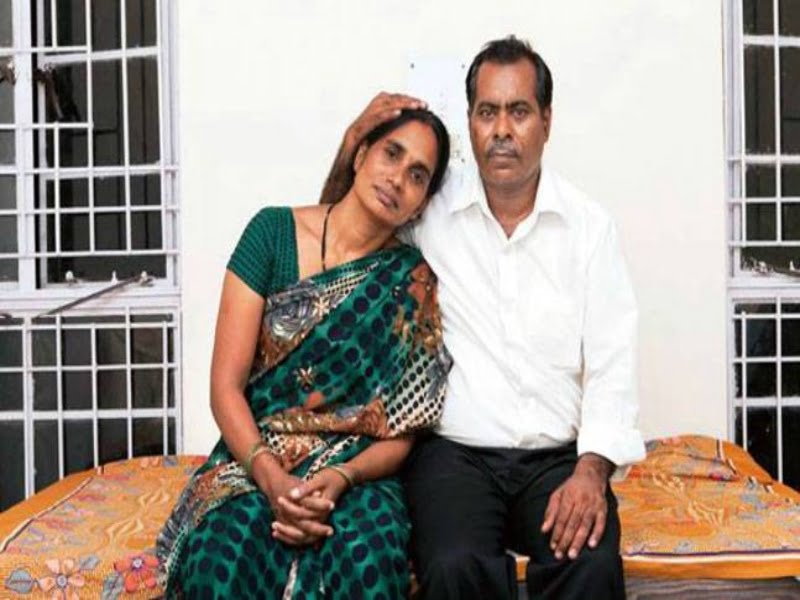 “One thing you can’t hide – is when you’re crippled inside.”

On the night of December 16, 2012, a nerve-wracking & horrifying incident took place, which shivered the spines of the whole nation and changed everything for a family in a flash.

A 23-year-old Indian student was ruthlessly and brutally gang-raped inside a moving bus.

She was relentlessly screaming for help & mercy, but those evil spirits injured her soul, her mind, her insides & her body in a manner that even hell would be ashamed.

Everything changed after that, she lost her life at the hands of barbarity, and her family lost their soul lightening her pyre.

For the family that once hinged upon its hopes on the dreams of their beloved daughter, life has now witnessed a sharp turning point on the knife-edge.

After the unfortunate incident, the family was moved to a two-bedroom middle-income apartment in a thriving suburb of Delhi.

The modest family have in their humble abode, a small TV set on a table, a cheap washing machine, a gas cylinder and a heater in the washroom.

The family was shifted to a location where they could easily avail the basic facilities. One such facility is the presence of the medical clinic right next to their door. A private company provided the 54-year-old father with a new job making entry passes; the family’s sons were also enrolled in their respective colleges.

Their elder son is pursuing an engineering degree, while the younger one is pursuing medical sciences.

The government, too, made its contribution to the family to help ease the pain that they had been enduring.

The father said to an interviewer, “But sometimes I feel poverty was better for us. We slept well. We were happier. Today, we have everything, but yet nothing. Without our daughter, our world has turned colourless”.

“You know, I used to say, my daughter is the engine of the family. All of us were like bogies yoked to the engine.”

Related: Nirbhaya’s Juvenile Rapist Still Roaming Free Indicates That We As A System Learnt Nothing

Impact on the Family:

The father had sold a part of the family land for 20,000 rupees to get his daughter enrolled in a four-year physiotherapy course which she later completed.

Ever since the incident shook the nation, his phone has been buzzing relentlessly the entire day, for journalists wanting to visit their family. The mother was in a constant state of illness and suffered from sleeplessness.

At nights, she would get awakened by the thoughts which haunted her and made her think about what her daughter went through.

”I begin choking sometimes,” she said, “Sundays are the hardest. I feel she’s moving around us.”

She stopped stepping out of the house and buying anything for herself since her daughter’s demise.

She also suffered from an ear infection which needed a minor surgery.

The family is only left with her memories now, the good, the bad, and a dream.

Her mother, still, remembers how her daughter would talk about the hopes of their future.

The family remembers her final hours in the Intensive Care Unit of Singapore Hospital after doctors gave up hope; the family stood beside her bed as “her heartbeat slowed; the alarm bells went ringing and the monitors flat-lined”.

Her father says he has a dream often. “She comes in one dream, you know,” he says, his eyes gleaming.

“We are in a hotel in a town to see her. She visits us. She stands near me and asks me whether I need money. I tell her, I don’t need any money, just take care of your brothers. And then she vanishes. She would always tell me not to worry about money. That she would take care of the family.” “That is what poverty does to you”, the father says, “Think about money all the time. Think about whether you have enough money in your pocket to take your daughter’s body home.”

“We just want to keep her memory alive as long as it’s possible. I know one-day people will forget her. But they will remember her death led to changes – changes in the anti-rape laws, a change in consciousness,” her father says.

“Women are speaking up against harassment and violence now. There is some fear of the law.”

“That is my daughter’s contribution, isn’t it?”

Nirbhaya Rapists To Hang, But Shocking To See Amnesty India Oppose It